Joe Root is set to return for England. 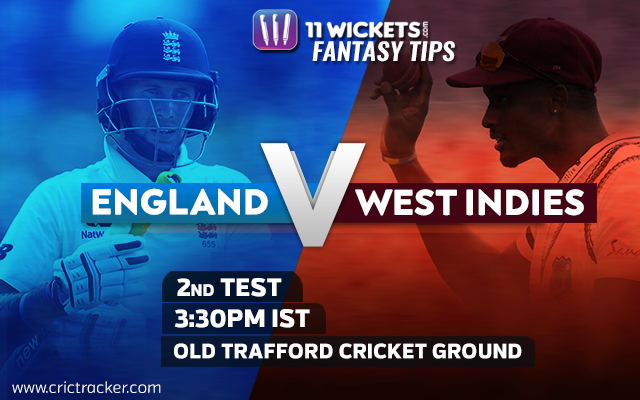 The 2nd Test of the three-match series between England and West Indies will be played at the Old Trafford in Manchester.

England and West Indies will lock horns in the second Test of the three-match series from Thursday. It is a do or die game for the hosts who have been bolstered with their regular skipper Joe Root returning. Stuart Broad also expected to return to the scheme of things in the previous game. For the West Indies, no changes are expected after an impressive show in Southampton barring the last minute fitness issues.

There is little to no chance of rain on all five days of this Test match. However, it will remain cloudy throughout which will encourage the pace bowlers.

Old Trafford has a history of 79 Tests and is known to assist the pacers. Moreover, the overhead conditions will keep the pace bowlers interested throughout the match.

Joe Root will play this match and also lead England. He is expected to replace either Joe Denly or Zak Crawley.

John Campbell was hit on the toe by Jofra Archer while batting in the second innings. He walked off retired hurt soon after only to return to bat later. He was uncomfortable even then. There is no update on his injury.

Ben Stokes and Jason Holder continue to be the top picks even for this Test match thanks to their exceptional performance in the last game. James Anderson and Gabriel are the bowlers you must have in your team. Joe Root becomes an automatic pick given his credentials with the bat. Rory Burns, Crawley, Dowrich are the other best picks for this match in Fantasy. 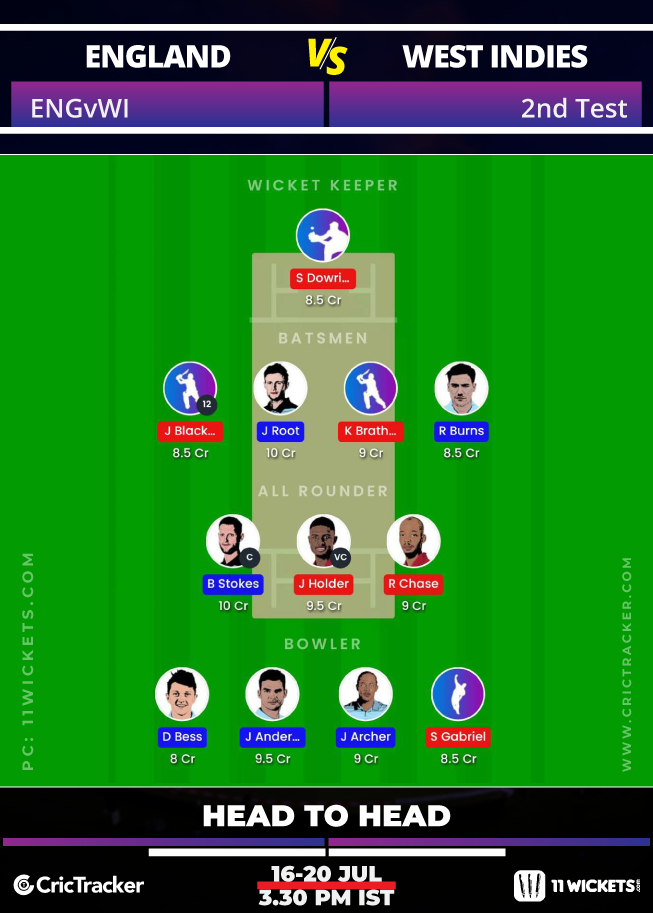 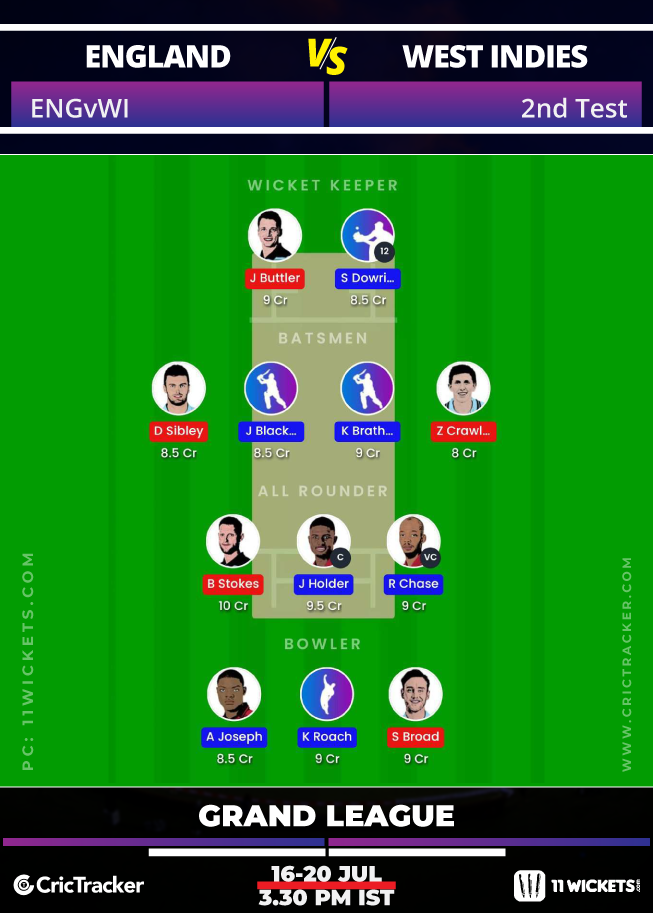 Dom Bess won’t be picked by many as pacers are expected to dominate. But he bats well at number 8 and also picks up a couple of wickets here and there which maks him a crucial pick.

England are expected to make a comeback and level the series.