Southern Vipers are expected to win the match.

Southern Vipers and Thunder will lock horns in the third match of the English Women’s T20 Cup. Southern Vipers are the best team in this tournament and have always performed well. Georgia Adams will be leading the team once again in this edition. On the other hand, Thunder has one of the best bowling attacks in this competition and will be looking to put up an entertaining performance in this match.

The surface is expected to be good for batting and we can see plenty of runs in the match. Spinners will definitely have a role to play and tboth teams might bat first.

Georgia Adams is one of the best batter from this team having scored 215 runs in 7 matches in the last season. She is a quality player at the top of the order.

Tara Norris finished as the leading wicket taker for the Vipers in the last edition picking up 13 wickets in 7 matches at an average of 13.3 and will be crucial in this match.

Emma Lamb is a quality all rounder and will bat at the top while also bowling her full quota of overs which makes her a good pick and also will be a great choice for captaincy. She picked up 9 wickets and scored 218 runs in the previous tournament.

Kate Cross will be spearhead in the fast bowling attack and can also be handy with the bat lower down the order. 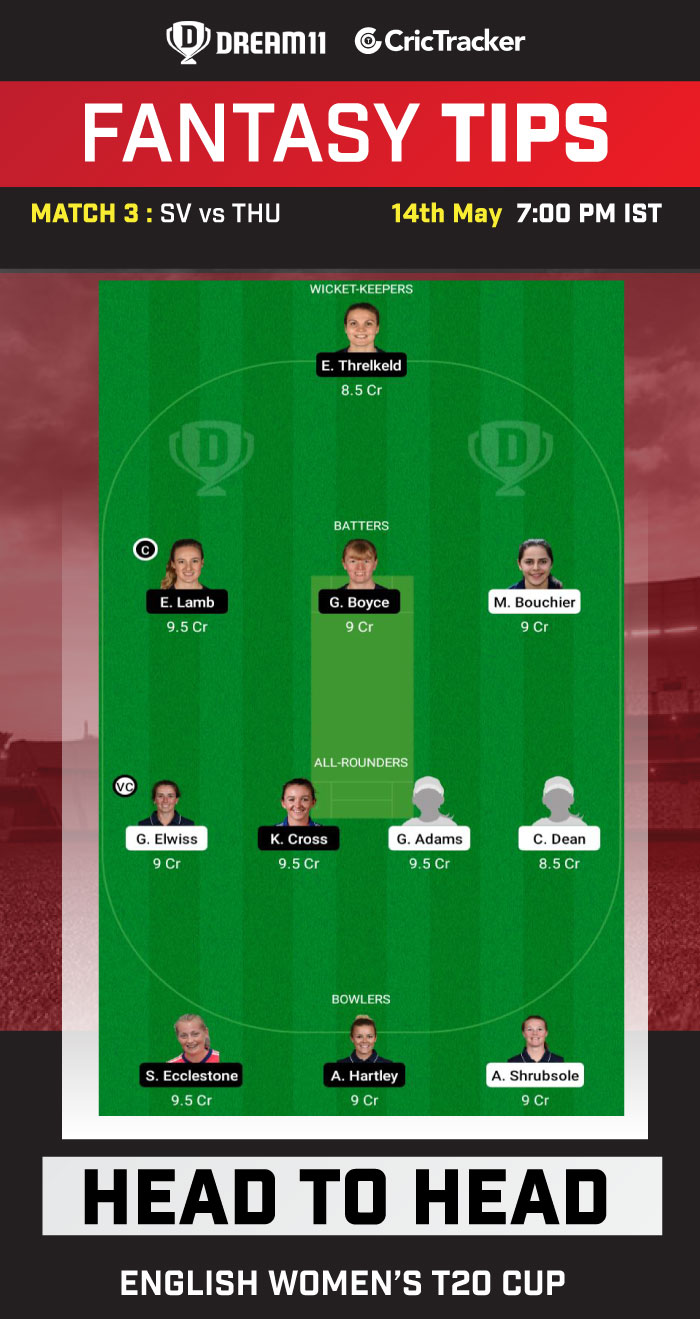 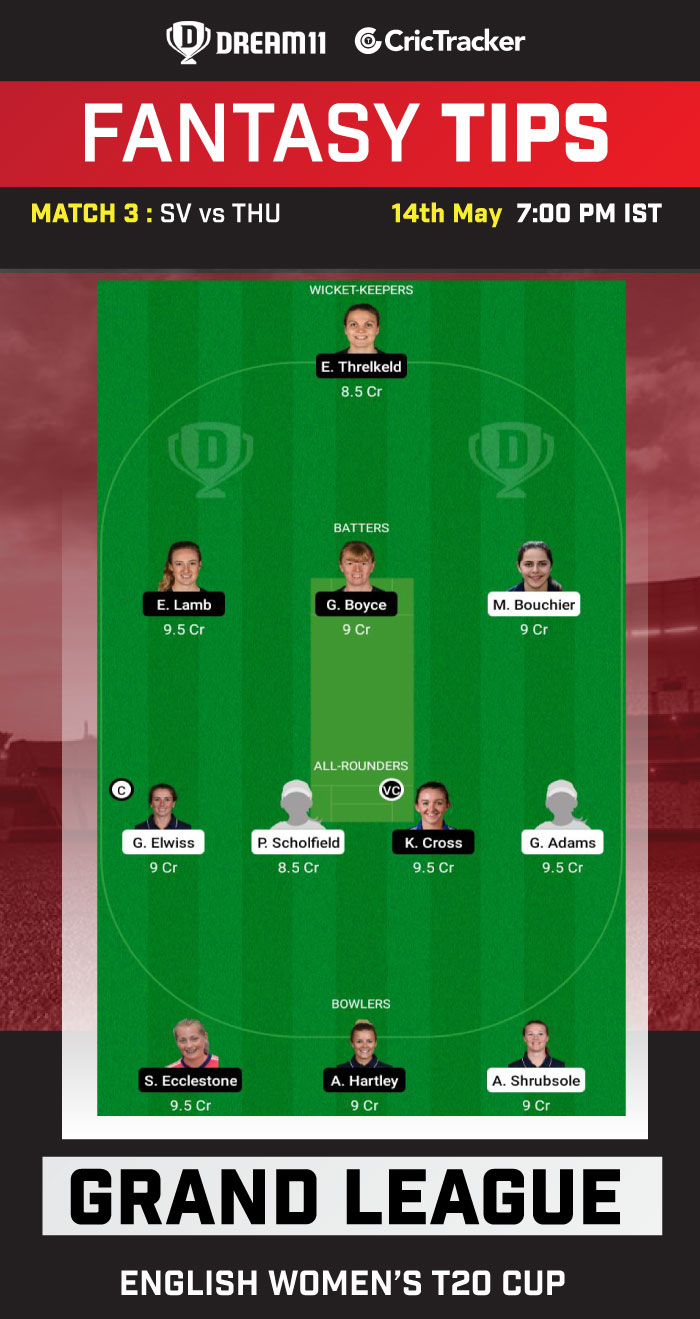 Southern Vipers are expected to win the match.