Blake Cullen is a good captaincy option for this encounter.

Essex will fight it out against the Middlesex side in a South Group battle in the Vitality T20 Blast tournament. This match is slated to be played at the County Ground in Chelmsford.

While the Middlesex side was walloped by 77 runs by the Kent outfit in its previous encounter, Essex was beaten by the Hampshire side.

Captaincy Picks for ESS vs MID

Blake Cullen produced an excellent performance with the ball in Middlesex’s match against the Kent side. In the 4 overs that he bowled, Cullen picked up 4 wickets and gave away 33 runs. Cullen has the ability to pick up wickets at regular intervals and break flourishing partnerships.

Dan Lawrence scored a fluent 60 at a strike rate of 133.33 in Essex’s clash against the Hampshire outfit. His innings was embellished with 5 fours and a six. Lawrence is a vital cog of the Essex middle order. 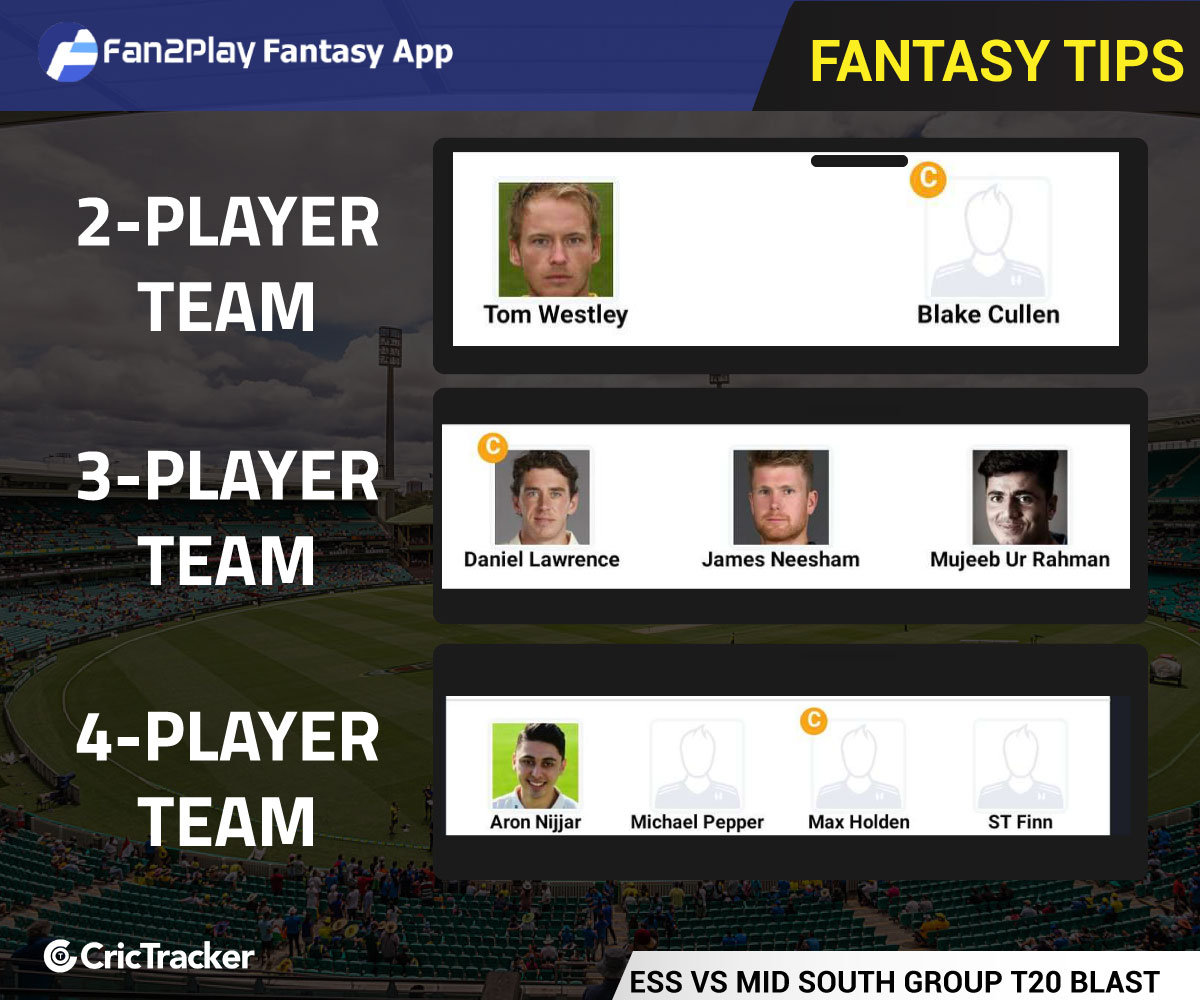 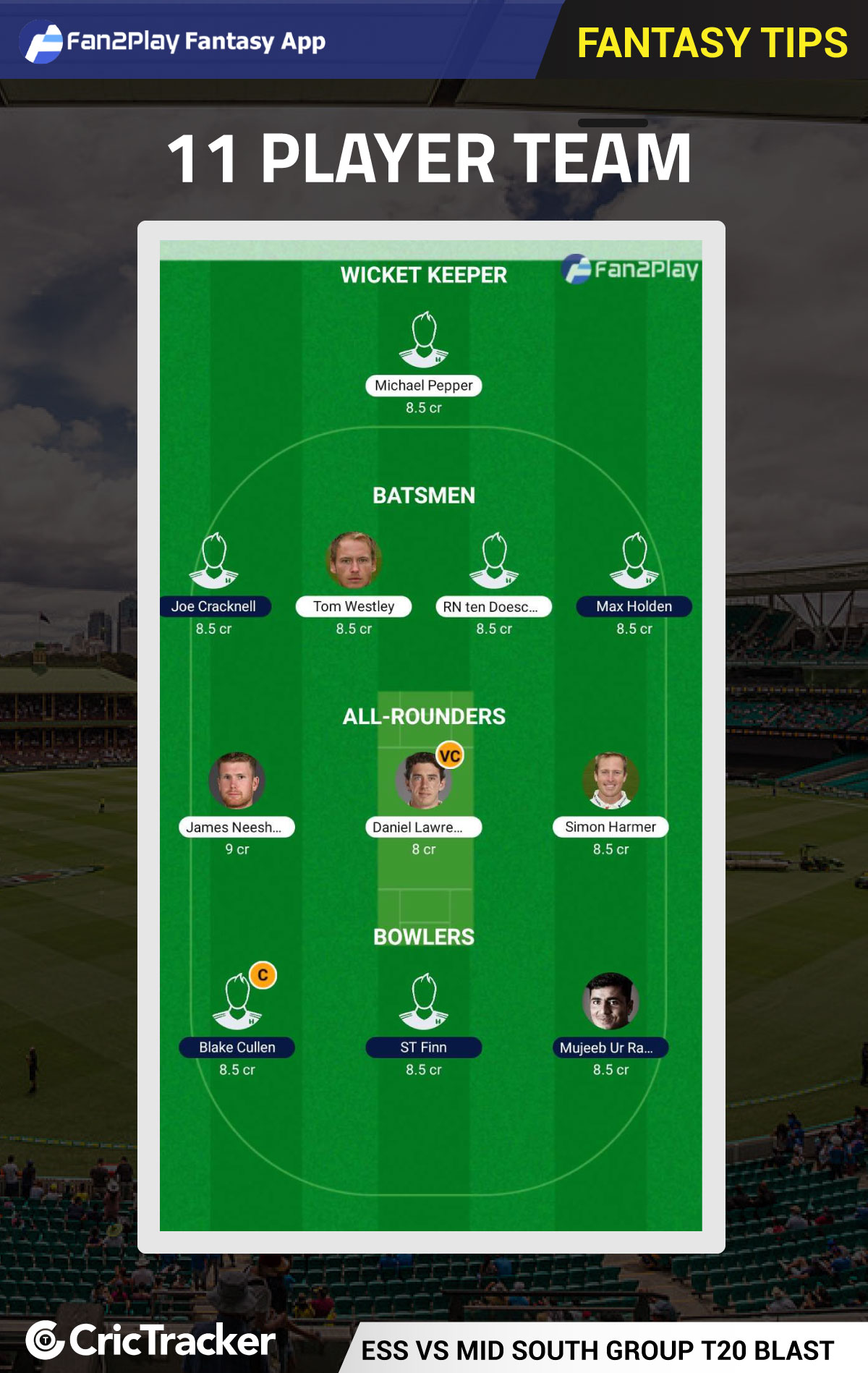