Some of the weaknesses of the Indian batsmen were exposed on day-1. 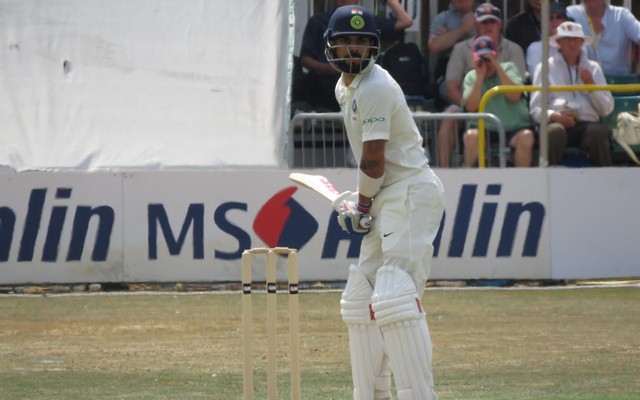 With the limited-overs leg of the England tour done and dusted, the focus now shifts to the longest format of the game. India will face England in a 5-match Test series beginning from 1 August 2018. Ahead of this arduous test, some good practice in the middle is inevitable. Hence, the Indian team is playing Essex in a 3-day practice game which began today.

Being a practice game, all the members in the Indian squad are expected to get a go. The first day of this game was quite an eventful one although not really convincing. Essex team has been playing some good cricket in the recent times and it was expected that they would give India a good run for their money. As per the expectations, the Essex bowlers were clinical on day-1 and exposed the weaknesses of some of the Indian batsmen.

Never easy to deal with the swinging ball

The ball doing a lot has always posed a challenge to the Indian batsmen. Hence, the team hasn’t found much of success in England. This first day was definitely a test of their temperament for the Indian batsmen. India’s skipper Virat Kohli won the toss and opted to bat first. However, the team was struck with a body blow right in the first over of the game. The in-form Shikhar Dhawan faded while trying to defend an incoming delivery. He ended up nicking a delivery from Matt Coles to the keeper.

It was a similar fortune with Cheteshwar Pujara as well. He also edged an away swinging delivery to the keeper. Although the umpire didn’t declare him out, Pujara decided to walk off. It was quite disappointing to see the crucial Indian batsmen struggle with the ball swinging slightly. The case was no different with Ajinkya Rahane who walked in at No 4. He also ended up edging one to the keeper with India down to 44/3. The side seemed to be in deep trouble.

India played some good cricket after the early wickets

However, skipper Virat Kohli, who walked in next built a beautiful partnership with Murali Vijay. These two added 90 runs for the 4th wicket. But, Vijay, after scoring 53 runs ended up edging a delivery that was angled away by the left-arm pacer Paul Walter. Virat Kohli’s dismissal was very similar to the one of Vijay. After having played some glorious drives on the off-side, Virat nicked a delivery that was angled away after scoring 68 runs.

After these two fell, KL Rahul came in and looked very impressive right from the word go. He scored 58 runs. But, after having done all the hard work, Rahul got out in a very disappointing way having failed to capitalise on the start. He lofted one up straight into the air and was caught. Dinesh Karthik, who is in sublime form continued to impress in the game. He played some beautiful strokes all around the field and is closing up on his century. Karthik is unbeaten on 82 which came off just 94 balls and will want to get to his 100 as soon as possible on day-2. He is in the middle with Hardik Pandya who is batting on 33.