Malta Super Kings are the sheer favorites to win this match.

V.O.C Rotterdam will take on Malta Super Kings in the Group D Match 3 of European Cricket League 2022. This will be the 2nd match of the day for V.O.C Rotterdam and are well aware of the conditions. Momentum will play a huge role in the shortest of the game and hence they need to be more consistent. Burhan Niaz and Tim de-Kok are the key players for them.

Malta Super Kings, on the other hand, are one of the favorites to top the Group D standings. They are the champions of ECS Malta 2021 where they beat Overseas by 34 runs in the finals. They have got international capped players in their line-up which makes them further strong and tough to beat.

It’s extremely easy for the batters to score runs considering the nature of the surface and quick outfield. The scores of 100 are easily achievable here and anything more than 120 requires some special skills to chase.

Burhan Niaz is an upcoming talented player who has represented Belgium in 7 T20Is. He also played for V.O.C Rotterdam and Liege in the ECS tournaments. Overall, in his 8 ECS matches, he has scored 109 runs at a strike rate of 170.31 and picked up 8 wickets.

Malta international, Bikram Arora is the star attraction in the Malta Super Kings line-up. In 14 ECS matches, he has hammered 365 runs at an average of 36.5 which includes 2 half-centuries, and even picked up 2 wickets.

Varun Prasath Thamotharam is a must-pick for your fantasy teams. He has an excellent record in the ECS competitions where he has scored 520 runs in 21 matches at an average of 40 and picked up 16 wickets at an economy of 7.03. 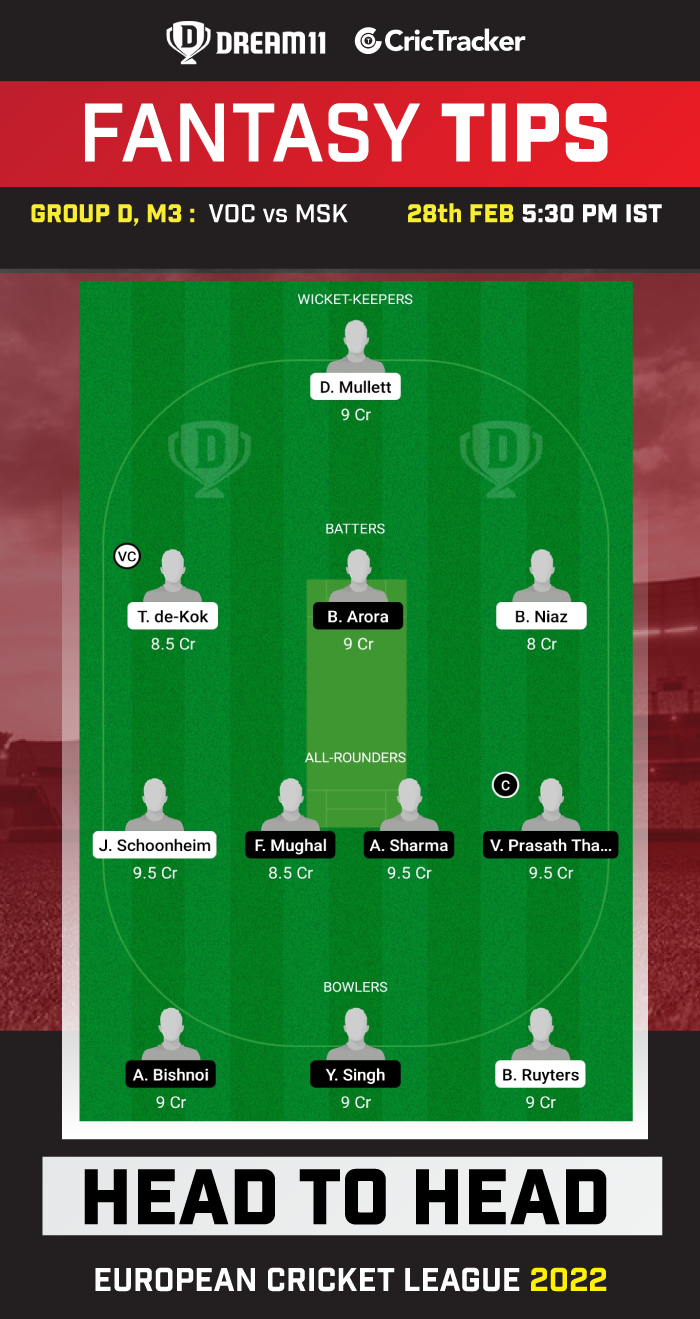 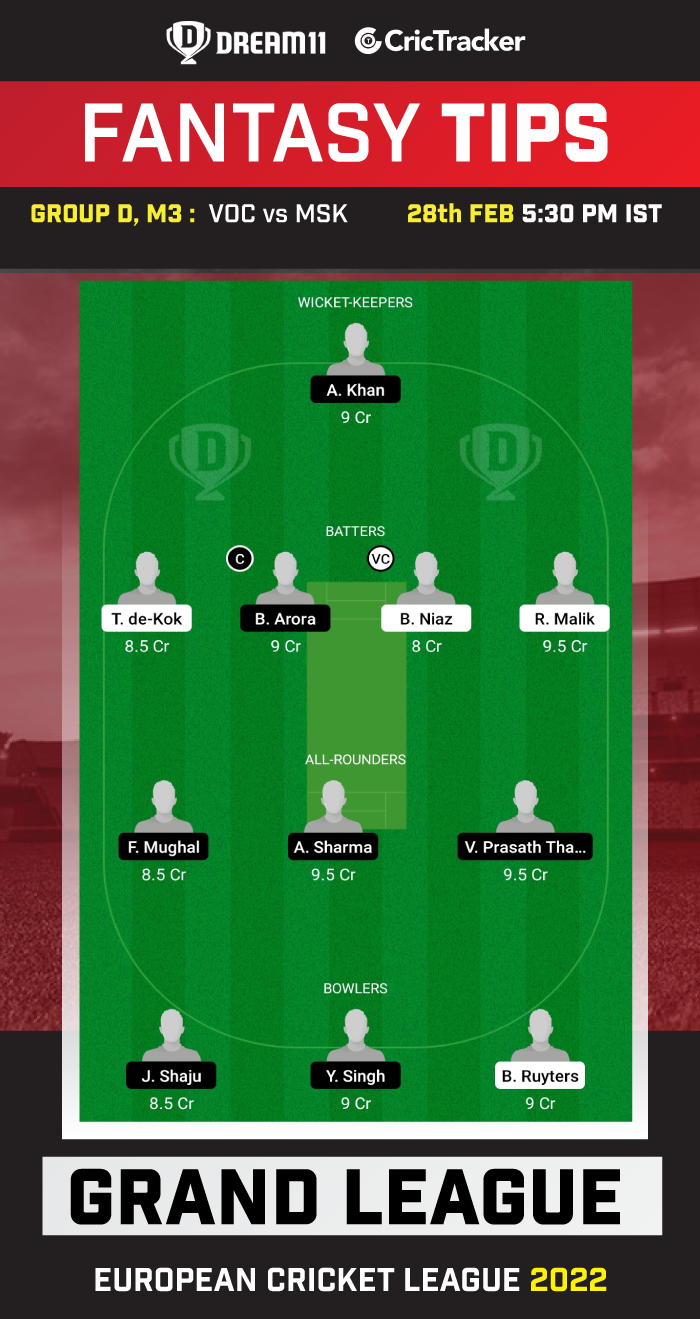 Malta Super Kings are expected to win this match.