Eddie Ballard and Faran Afzal have done a good job with the bat in the ongoing tournament.

Sporting Alfas have won back to back three games in a row on the back of some brilliant performances from their players. Eddie Ballard is performing extremely well in batting, who has scored a brilliant ton in the tournament. Faran Afzal is also contributing well with the bat and ball. Waqar Ashraf has also done a decent job with the ball as he has grabbed some important wickets in the previous games for Sporting Alfas.

La Manga CC has won one game out of their last two outings. They are scheduled to play their first game on Wednesday. In batting, they have Adam Algar, Joel Book Jonathan Kinsella, who will have the responsibility to score runs with the bat. On the other hand, their bowling looks pretty settled with the likes of Connor Wood, Charlie Rumistrewicz. The duo has done an amazing job with the ball, who can restrict the opponents on a nominal score.

It is expected to be a cloudy day on Thursday with no chances of rain. The wind will be blowing at a rate of 20 to 28 km/hr whereas the temperature will hover between 12 and 25 Degree Celsius throughout the day according to Accuweather.

The track at Sporting Alfas Cricket Club is expected to offer a stiff battle between bat and ball. The wind will play a major role during the match. The fast bowlers will surely get some swing during the match due to the atmospheric conditions. The side winning the toss will look to bat as far as the stats on this ground are concerned.

Eddie Ballard and Faran Afzal have done a good job with the bat in the ongoing tournament. So, they will be an obvious pick for any fantasy team. Adam Algar, Joel Brook, Jonathan Kinsella will also play an important role in any fantasy team. Kamran Muhamad will be a good pick in the bowlers’ category. 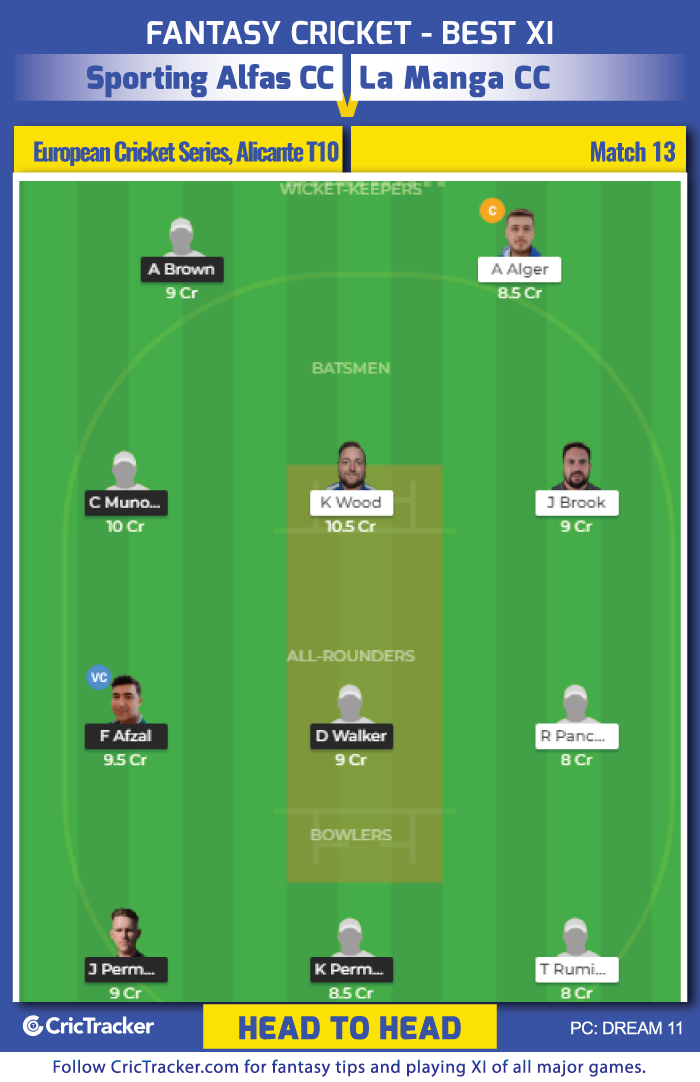 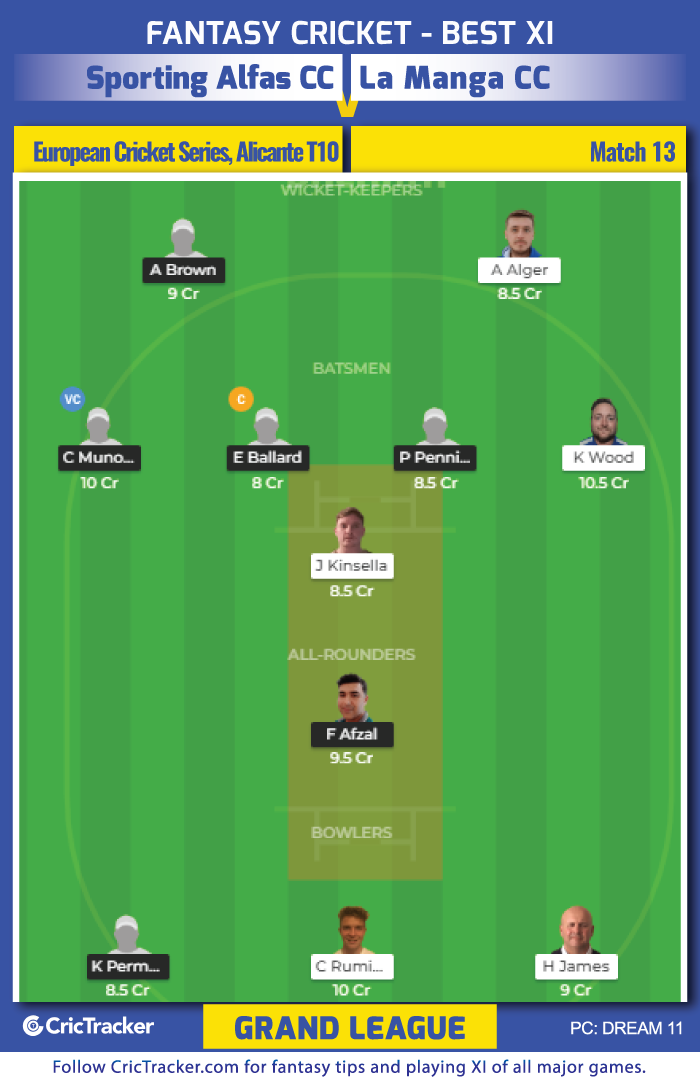 Both the teams can opt for some surprising changes in their line up from the previous games as they are scheduled to play a couple of games on Thursday. So, it will be wise for the user to pick wait for the confirmed XI.

La Manga C.C might emerge out victorious in this game.