Adam Algar is one of the top wicket-keeper batsmen from Spain.

The 3rd match of the European Cricket Series Alicante T10 will be played between Intellectuals CC and La Manga CC at the Sporting Alfas Cricket Club in Alicante.

It’s the start of a new T10 tournament in Europe. Spain is hosting the European Cricket Series Alicante T10 with six teams taking part. This will be the third game and the second successive game on the bounce for Intellectuals CC. They have a few big players who can be game-changers on their day. Wicket-keeper batsman L McGarry is rated highly while they have good all-rounders core with the likes of Christopher Horne and Gordon Neve present in the middle.

On the other hand, La Manga CC will have to wait for a couple of games before stepping out on the park to take the field in their first game of the tournament. Adam Algar and Paul Fletcher form a big batting core while Charlie Rumistrzewicz is the star all-rounder. Conoor Wood will lead the charge with the ball. Hence, La Manga CC look like a balanced side.

It will be a sunny afternoon in Alicante. The temperatures will be around 22 to 23 degrees during the game with humidity ranging between 29-41%. Moreover, there is no chance of rain.

The Sporting Alfas Cricket Club in Alicante will be hosting four games in a day and this game between Intellectuals and La Manga CC is going to be the third one of the day. Hence, the pitch might slow down a touch but might be a decent track to bat on.

Adam Algar is one of the top wicket-keeper batsmen from Spain. He has represented the national side in various tri-series and T20 competitions. He has the ability to go big at the top of the order. Charlie Rumistrzewicz is someone who can have a big impact with both bat and ball and will be a key player for La Manga CC. Umair Akram will be one player to watch out for from the Intellectual CC. He can bat big and give his team some solid starts. U. Mirza will be the bowler to watch out for in the Intellectual CC side and he will be leading the attack. 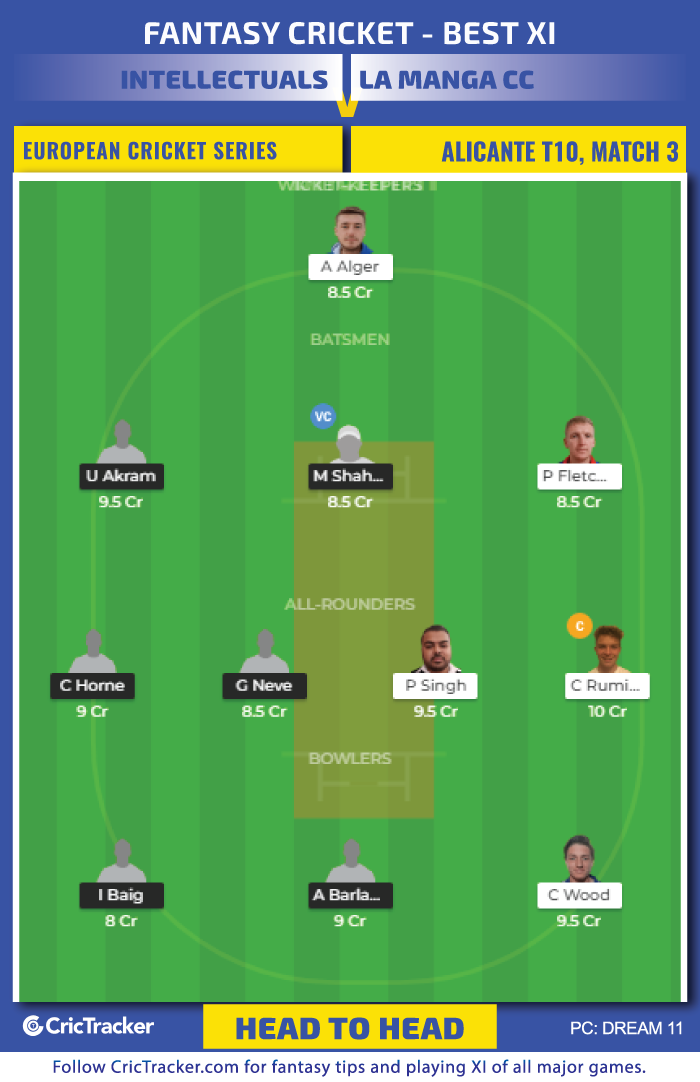 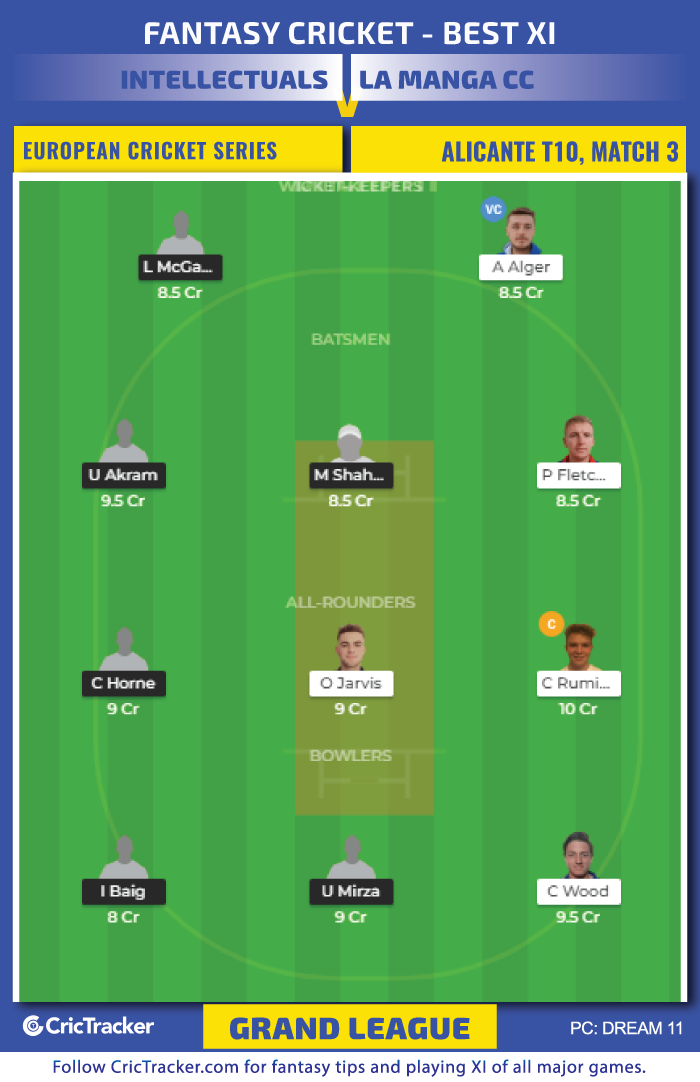 It is important to back all-rounders as they fetch points with both bat and ball. However, top order batsmen could be expected to go big. Hence, the users could fill their side with batsmen and all-rounders more than bowlers.

La Manga CC are expected to win this game.