Cricketers updated their WhatsApp status after the first Test.

A scintillating team effort by India eventually resulted in a conquest of the hosts, as the Virat Kohli-led side registered a thumping victory against South Africa on the last day of the first Test of the iconic freedom series. The 5th day of the match saw a dominating performance by the home side at the VDCA cricket stadium of Visakhapatnam. Apart from a few tail-enders, the whole batting line-up of the Proteas were given a run for their money by the Indian bowlers.

Chasing 395, the visitors had already lost the wicket of Dean Elgar at the score of 11 runs at the end of Day 4 and entered into the rearmost day with the hopes of getting back on track. Howbeit, the tables turned as the play began on Day 5. A vivacious bowling effort by the Indian bowlers resulted in the imploding of the African batters. Ace off-spinner Ravichandran Ashwin struck the first blow in the second over of the day itself. With this, he also became the joint-fastest bowler to take 350 Test wickets.

What followed was a back of length delivery by Mohammed Shami on the 3rd ball of the very next over which dismissed Temba Bavuma for a second-ball duck. Then Faf du Plessis and Aiden Markram tried to build a small partnership, however, a jaw-dropping jaffa from Shami in the 22nd over sent the African skipper back to the pavilion. The Bengal-born seamer’s magic didn’t stop there itself as he went on to further dismiss the dangerous-looking Quinton de Kock, a few overs later.

Following Shami’s magic, Ravindra Jadeja also joined the party as he went on to pick three wickets in a single over including the determined Markram. Going further, the things started to change a bit as the tail-enders Dane Piedt and Senuran Muthusamy displayed sheer grit and patience and went on to build a partnership. The duo stood at the crease for more than 30 overs and became a cause of concern for Virat Kohli’s men at one point of time.

Nonetheless, ultimately, it was Mohammed Shami once again who wreaked havoc and dismissed the last two batsmen standing on the crease and ensured India a win by a huge margin of 203 runs. Rohit Sharma was adjudged the man of the match award for his outstanding performance with the bat in both the innings.

After the game ended, the players from both the teams updated their Whatsapp status. While Ravi Shastri opted the Kabir Singh-mood, Mohammed Shami, on the other hand, chose the healthier option. Rohit Sharma’s sun also finally rose, which made the whole of India, (including South Delhi) happy.

Here’s what the players had to say: 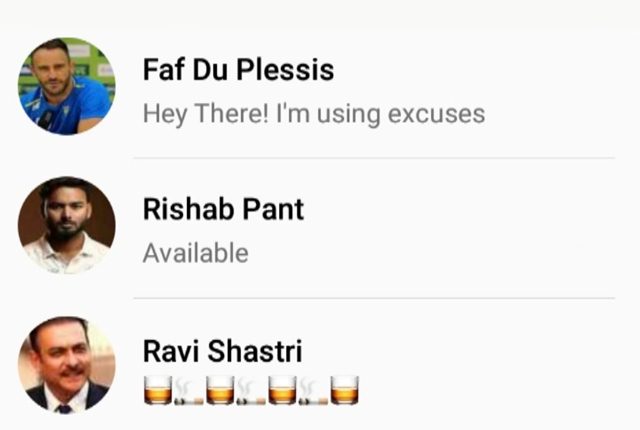 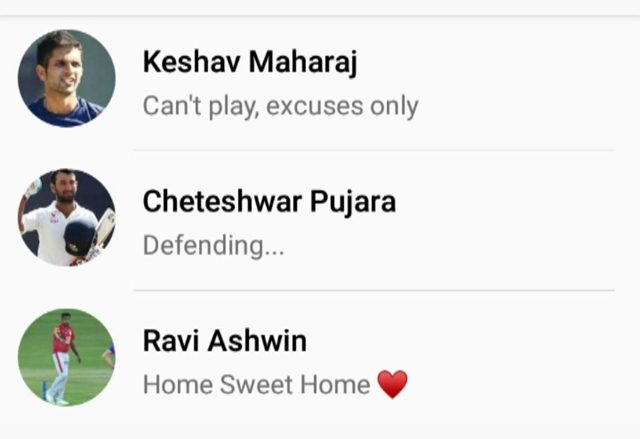 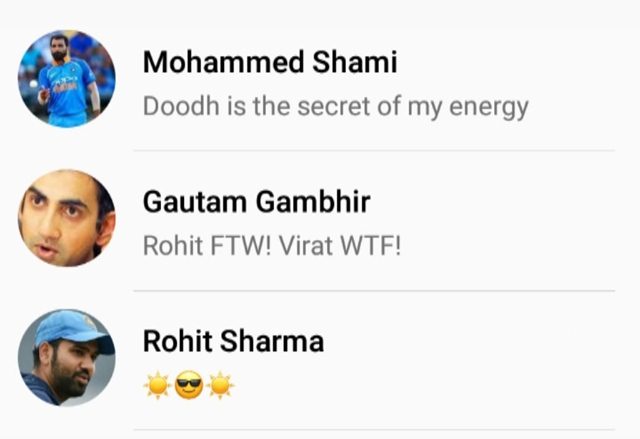