Someone like Muhammad Ziaur Rehman can be trusted as a multiplier. He opens the innings with the willow and also bowls a few overs. 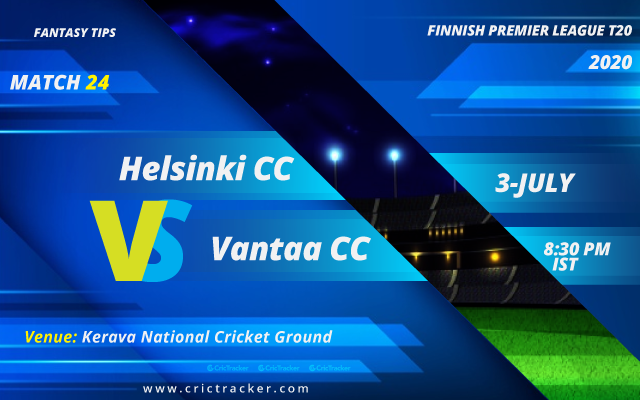 The 24th match in the Finnish Premier League will be played between Greater Helsinki and Vantaa CC at Kerava National Cricket Ground in Kerava.

For Vantaa CC, they lost both the games they have played thus far with no points on the points table. Their NRR of -1.750 sums up their case so far. However, they will aim to turn the tables to win the upcoming game against Helsinki.

Greater Helsinki have played three games so far in the tournament and lost all of them. Just like Vantaa, NRR for Helsinki is a setback. If their batting line-up clicks in the upcoming game, they can expect to make a debut on the points table.

128 is the average first innings score so far in the tournament. Teams chasing won 7 and lost 10 games so far. It will be a wise choice to bat first on this wicket if you win the toss.

Chanaka Jayasinge can be a wise keeper-batsman choice with scores of 9, 45 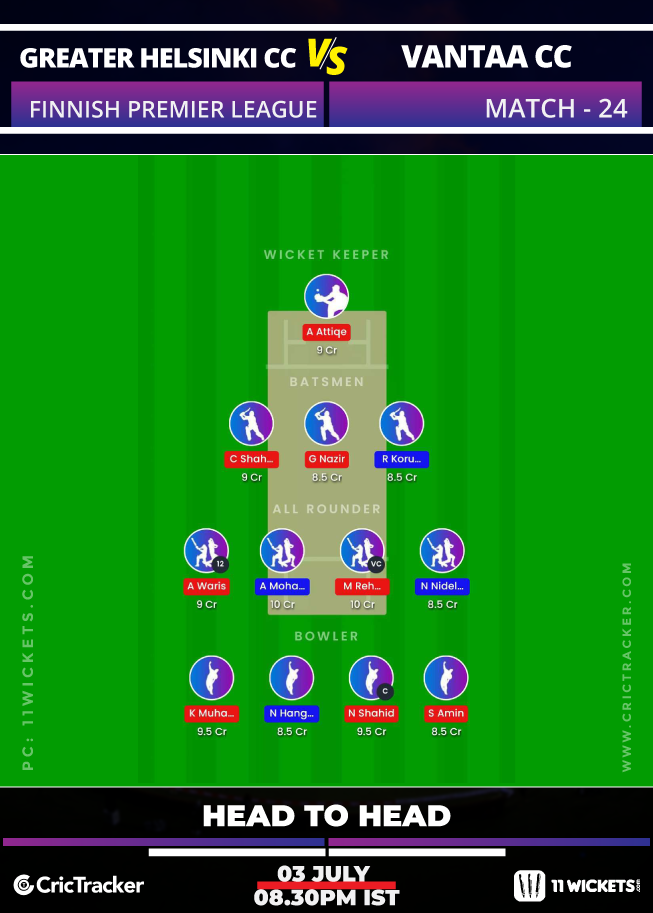 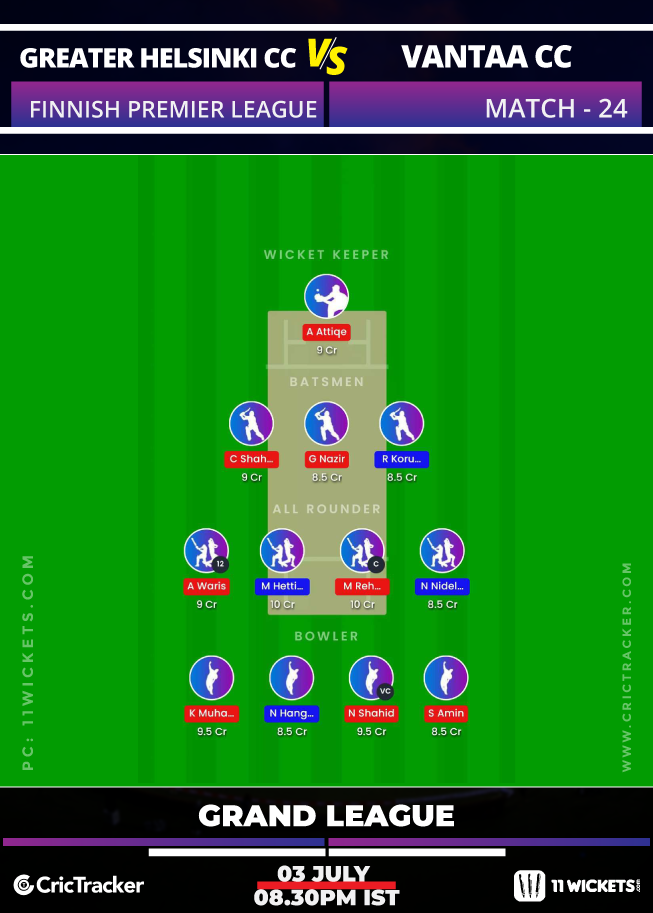 Someone like Muhammad Ziaur Rehman can be trusted as a multiplier. He opens the innings with the willow and also bowls a few overs.

Greater Helsinki CC is expected to win the match