The 56th match of the Finnish Premier League is all set to play between Bengal Tigers CC and Vantaa CC at the Kerava National Cricket Ground.

We are reaching the last few games in the league stages of the Finnish Premier League T20 which has been played for over two months now. In the penultimate league stage game, it will be the Bengal Tigers CC who will play Vanta CC. Bengal Tigers CC are placed fifth on the points table at the moment.

The team would love to give itself the best chance of making through to the next stages of the tournament by winning this encounter. Meanwhile, the Vantaa CC has had a torrid time and is seventh on the points table. They will be looking to end the tournament on a high by possibly registering a victory here.

The weather prediction is good for this game. There shouldn’t be any problems for the players on what will be a cloudy evening with the temperatures hovering around 20 degrees Celsius.

It is hard to score runs on this track. Batsmen will need to spend some time in the middle initially and apply themselves well.

Tonmoy Saha is a must pick in your team as he scored 143 runs and has taken 16 wickets for his side. Ameer Hamsa Warsha has contributed both with the bat and the ball for his team. In 11 games, he has picked up 16 wickets. 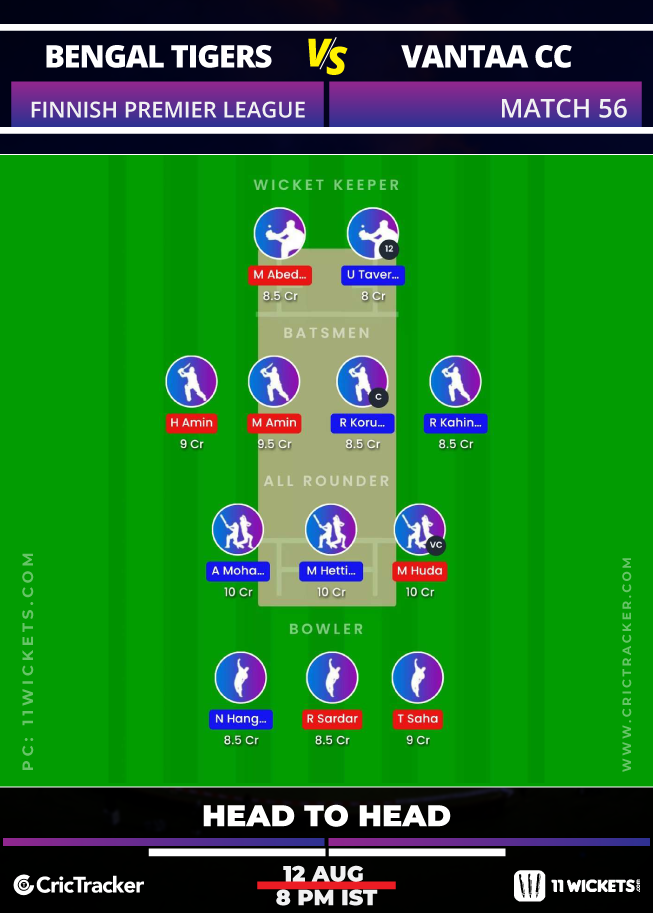 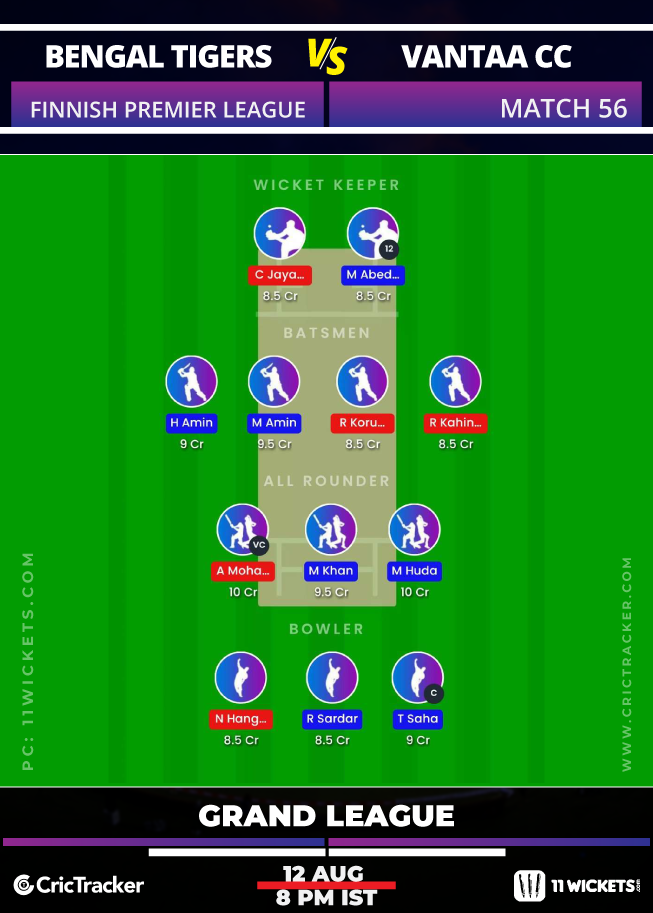 While you might be tempted to pick more than one wicket-keeper, you can only pick one as per the guidelines. In that case, Chanaka Jayasinghe and Muhammad Imrul Abedin are your best choices.