Atif Rasheed performed exceptionally well in the previous season scoring 363 runs in 19 games with a best of 68*. 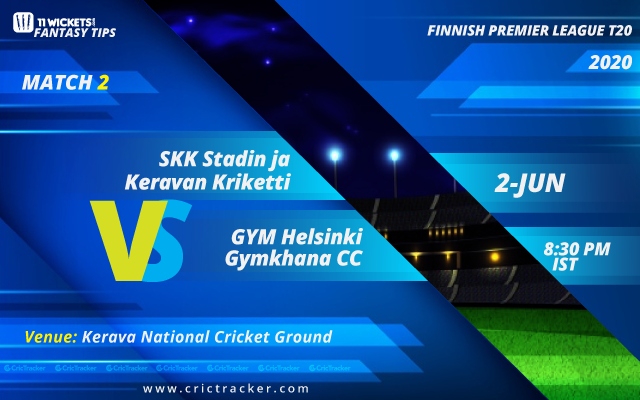 The 2nd match of Finnish Premier League 2020 will be played between SKK Stadin JA Keravan Kriketti and GYM Helsinki Gymkhana at the Kerava National Cricket Ground in Kerava.

The match starts at 6:00 PM local time (8:30 PM IST) (3:00 PM GMT). This game can be streamed live on Fan Code and the YouTube channel of  European Cricket Network.

SKK Stadin has announced a well-experienced squad for Finnish Premier League 2020. They will aim to register a victory and get off the mark in the T20 tournament. In batting, they consist of some fine and prolific players with the likes Nathan Collins, Jake Goodwin, Peter Gallagher. SKK will be heavily dependent on their bowling line up that looks pretty balanced.

GYM Helsinki also has a well-settled batting and bowling line-up that comprises of all their top players in the respective department. And, looking forward to both the sides, the fans can expect a high scoring game. They will also look to avenge the loss of their previous defeat against the same opponent in a 10-over match.

There are no chances of rain on the matchday but it will be a cloudy day. The wind will be blowing at a rate of 18-20 km/hr. Meanwhile, the temperature will deviate between 10 and 15 km/hr throughout the day according to Accuweather.

The pitch at Kerava National Cricket Ground is kind of a paradise for the batsmen where they can smack the bowlers all across the park. Meanwhile, the bowlers might have a tough time bowling at this wicket and they will have to come out with a plan. In the last game, the batting side managed an easy win and the team winning the toss will also look to bat first to be on the safer side.

Pankaj Saharan is a brilliant batsman, who has a strike rate of 219 in domestic T20 Competitions. He has also muscled a brilliant fifty in the previous match that was a 10-over affair. Atif Rasheed and Jonathan Scamans will be other batsmen that should not be ignored while picking fantasy side. They are quite great when it comes down to their batting. 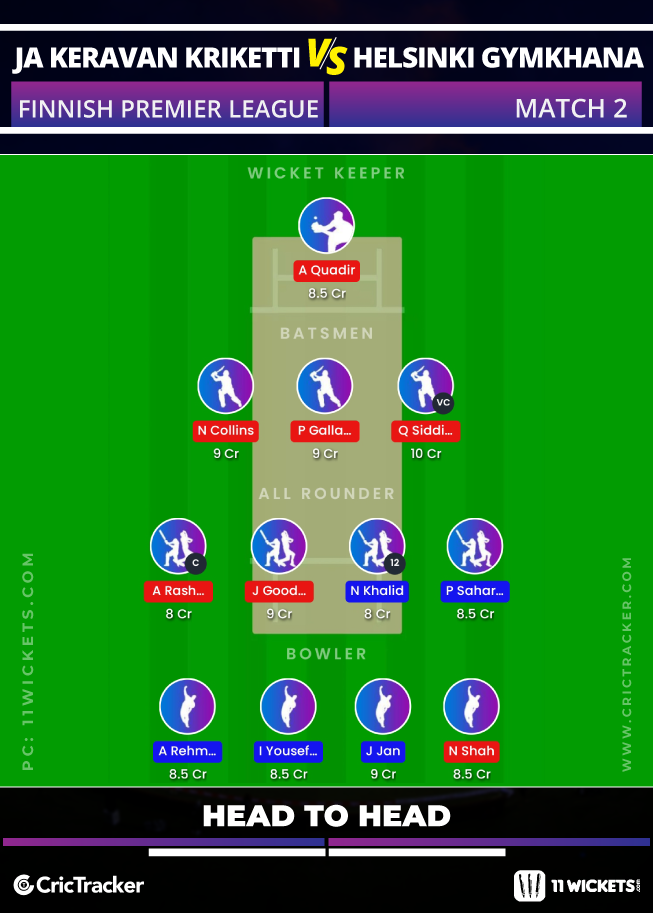 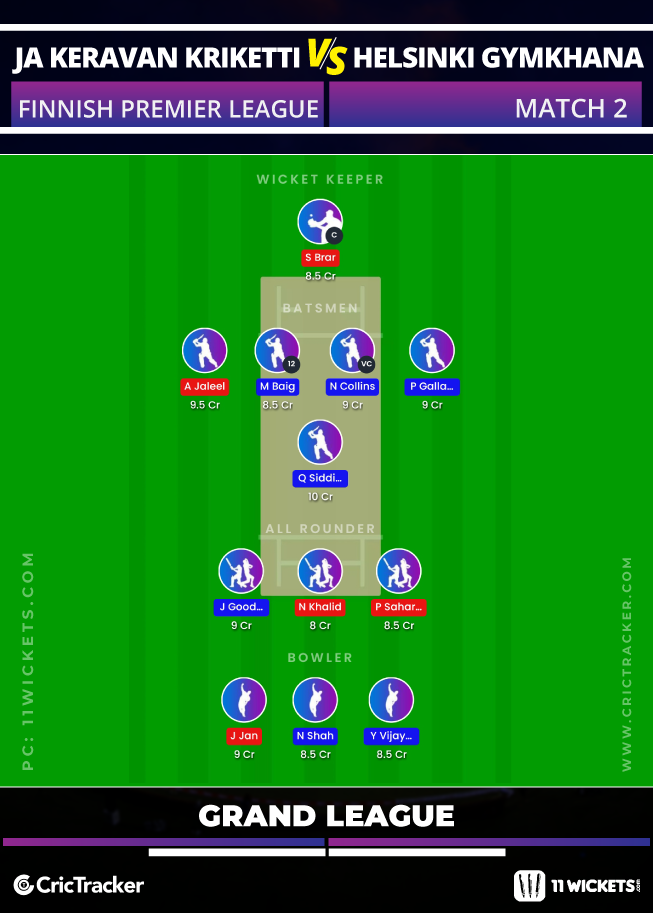 There is no update over the batting order of both the sides and we witnessed some surprising changes by the teams in the tournament opener. So, the user should wait for the confirmed side before picking his fantasy team.