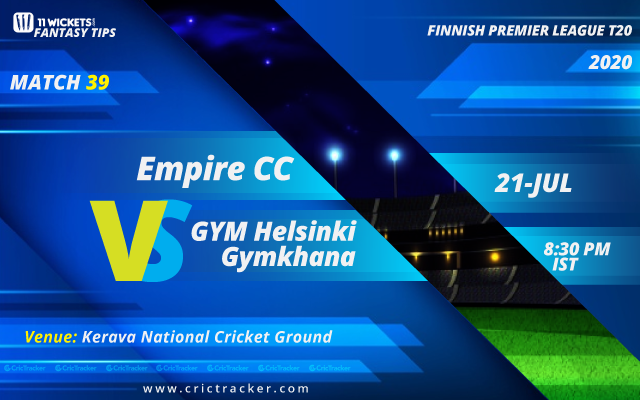 The 39th match of the Finnish Premier League T20 between the Empire Cricket Club and the GYM Helsinki Gymkhana will be played at the Kerava National Cricket Ground.

The match is scheduled to start at 6:00 PM Local Time (8:30 PM IST) and can be live-streamed via FanCode.

Empire CC won 7 out of the 9 matches they have played thus far. Their players are delivering goods in all situations and they are situated at the second slot.

The story has not been that great for the GYM Helsinki Gymkhana, who are placed at the fourth position, winning just 4 matches out of the 9.

The temperatures are expected to be around the 22 degree Celsius mark.

143 is the averages first innings score in the previous four matches at this venue. 2-2 is the record of chasing and batting first teams on this pitch.

Jonathan Scamans leads the ECC batting attack, with 230 runs in 9 games and he’s also the leading run-scorer in the tournament. Amjad Sher has done exceedingly well in both departments. Raaz Mohammad performed well with the ball for his team, taking 14 wickets in 8 matches. 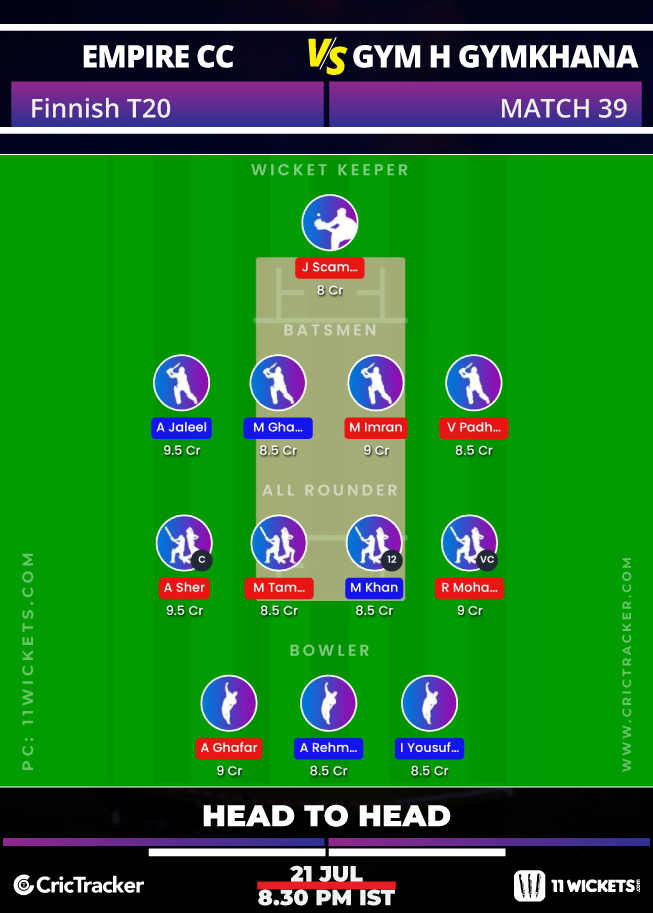 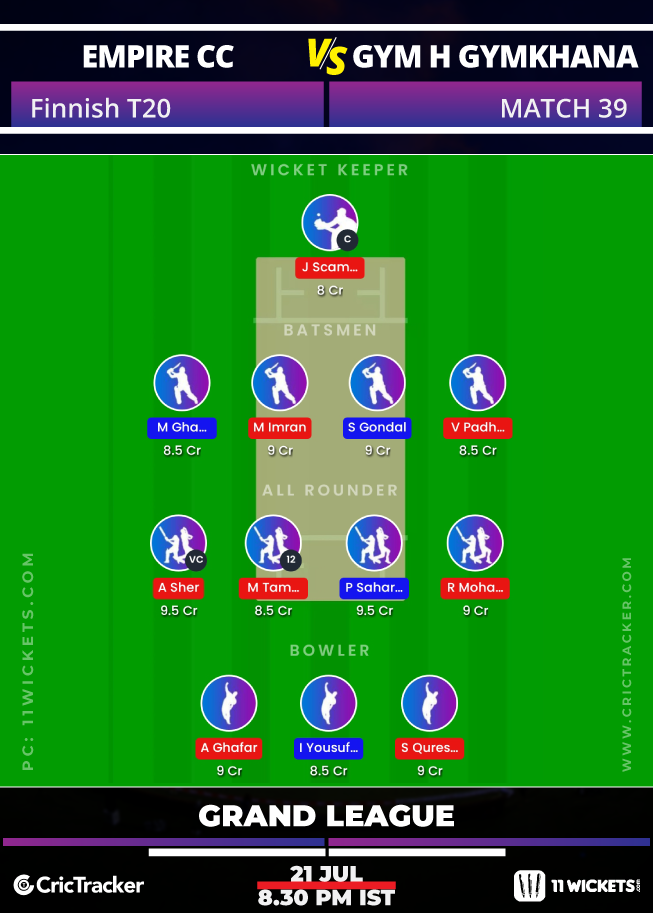 The Empire CC is expected to clinch another win in this match.