Muhammad Ghawas scored a vital knock of 35 runs in the previous game and grabbed three wickets for his team.

The 9th match of Finnish Premier League 2020 will be played between Bengal Tiger CC and GYM Helsinki Gymkhana at the Kerava National Cricket Ground in Kerava.

The match starts at 5:00 PM local time (8:30 PM IST) (3:00 PM GMT). This game can be streamed live on Fan Code and the YouTube channel of the European Cricket Network.

Bengal Tiger CC has found themselves on the struggling end in Finnish T20 League. They have suffered back to back defeats in the tournament. Now, they will lock horns with GYM Helsinki Gymkhana and the former will look to notch a good win in order to get back on the winning track. They have all that a potent side has to manage a convincing victory. But, they will have to come out with a good team effort. Otherwise, they will have to suffer their 3rd defeat in a row.

GHG lost their tournament opener by 25 runs against SKK. But they marked a strong comeback against FPC Finnish Pakistani Club and registered victory by 9 runs. In that match, Faisal Shahzad and Muhammad Ghawas played vital knocks that led their team to their maiden win in this season. It will be interesting to watch if they can repeat another winning performance or not.

There is no probability of rain on the matchday and it is expected to be cloudy. The wind will be blowing at a rate of 15 to 20 km/hr. In the meantime, the temperature will deviate between 13 and 21 Degree Celsius throughout the day according to Accuweather.

The track at Kerava National Cricket Ground is expected to go in favor of bowlers, who have reaped out lots of success in this tournament. And, the batsmen have so far failed to dominate the bowlers on the back of their batting skills. They will have to first settle down on the wicket before taking the charge against the bowling unit. Otherwise, they will have to face its consequences.

Muhammad Ghawas scored a vital knock of 35 runs in the previous game and grabbed three wickets for his team. He will be a favorite pick for any fantasy side. Faisal Shahzad also showed a glimpse of his good form with the bat in his last appearance in which he mustered 26 runs. And, he should not be ignored while picking a fantasy team. From Bengal Tiger CC, Nurul Huda and Tonmoy Saha will be the all-rounders in the spotlight. Simranjeet Brar is another top-order batsman, who is known for his destructive batting skills. 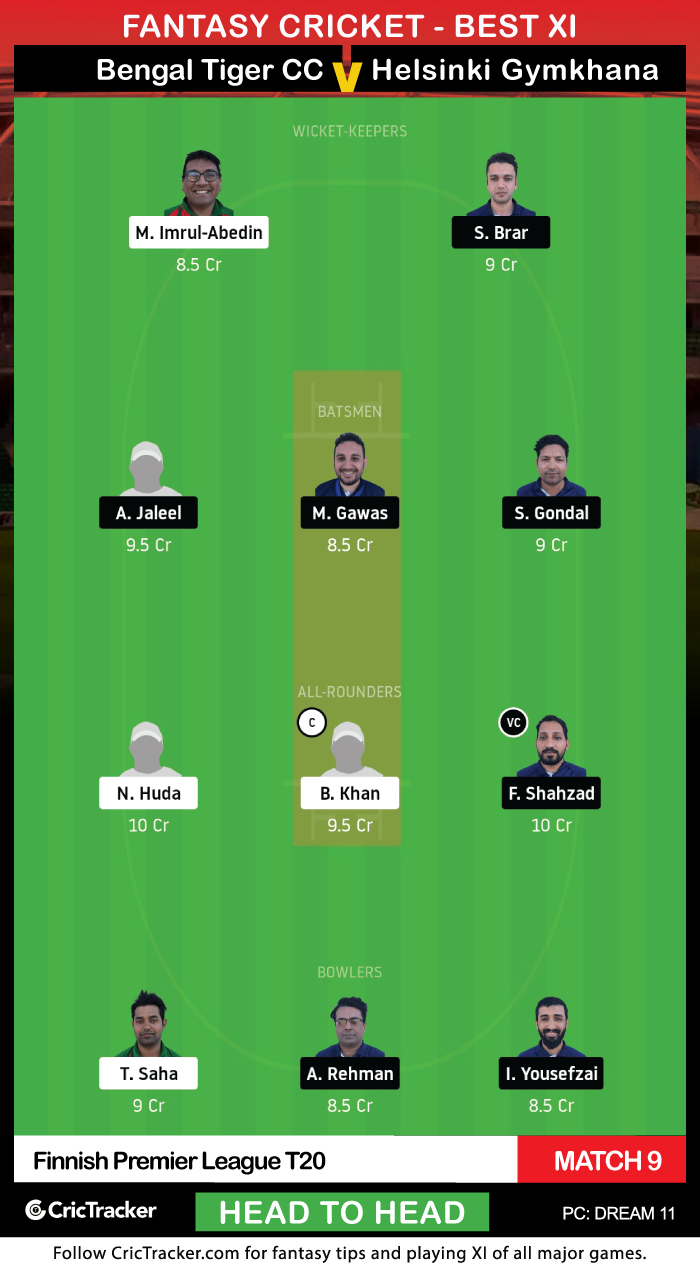 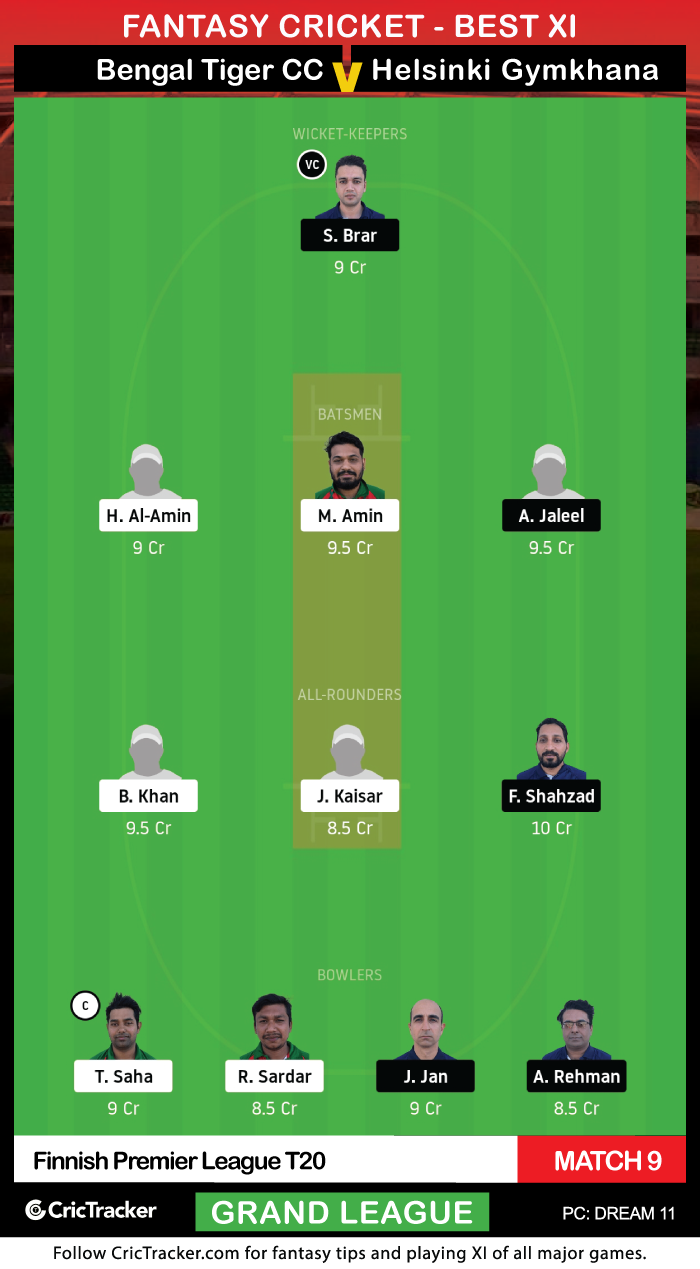 BT CC has suffered defeat in their previous outing. And, they might opt for some surprising changes in their side. So, it will be wise for the user to wait for the confirmed XI. Irfan Yousefzai is an amazing all-rounder, who didn’t perform well in his last outing. However, he would be eager to come out with a breakthrough performance in the upcoming match. He might turn out to be a risky pick but Irfan is a player worth taking a risk.

GYM Helsinki Gymkhana is expected to win the match