The 5th place playoff match of the Vincy Premier League T10 2020 will be played between Fort Charlotte Strikers and Grenadines Divers at the Arnos Vale Sporting Complex, Kingstown, St Vincent.

After not making it to the knockouts, Fort Charlotte Strikers and Grenadine Divers will face-off to seal the fifth place in the Vincy Premier League. After a decent first season, the Divers disappointed this time around. The Strikers, on the other hand, couldn’t improve much after bagging the wooden spoon in the last season as well. Expect both teams to give it their all and end the tournament on a high.

FOR vs GRE Weather Report for 5th place playoff:

The rain is likely to hinder the proceedings during the match on Saturday. The temperature will hover around 28 Degrees Celsisus.

The average score continues to come down as the pitch is getting slower and slower. Batting first, the teams will look to cross the 100-run mark which is a par score.

FOR vs GRE Top Picks for Today’s 11Wickets Match:

Asif Hooper has scored 180 runs so far at an SR of 183.67 while Tyron Theophile is the best all-rounder of the tournament. He has scored 132 runs and also picked 8 wickets. Shem Browne has amassed 151 runs so far at a decent average of 21.57. Roland Cato smashed 54 off 23 balls in the previous game and is in good form.

Suggested Playing XI No.1 for FOR vs GRE 11Wickets Fantasy Cricket: 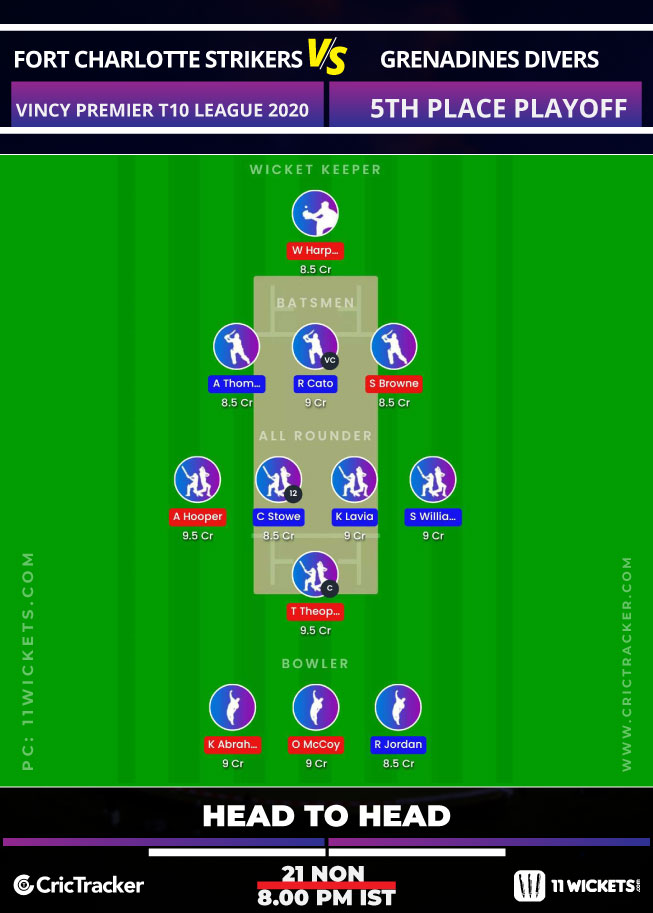 Suggested Playing XI No.2 for FOR vs GRE 11Wickets Fantasy Cricket: 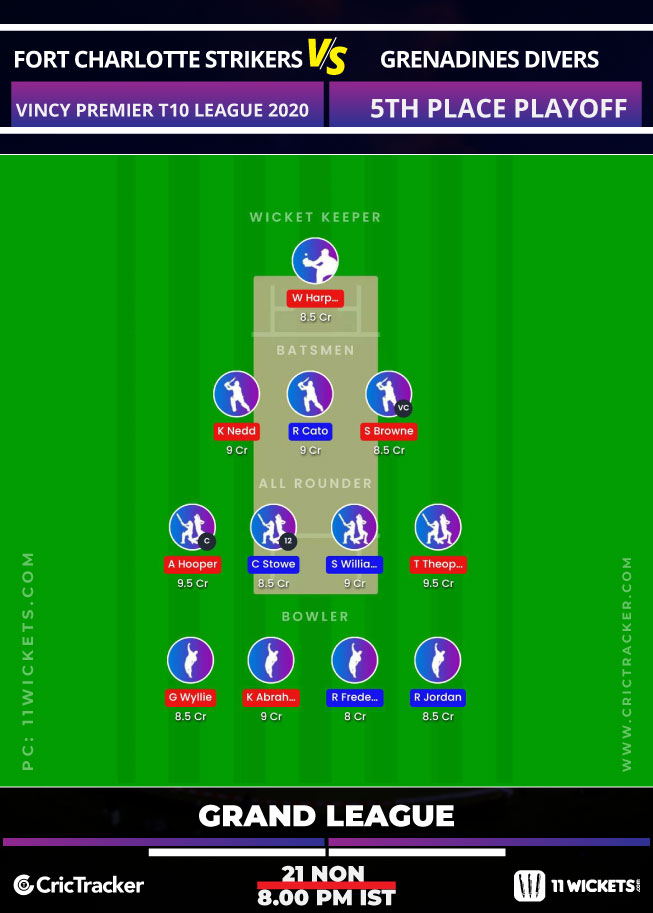 Kevin Abraham has been a consistent player throughout and has earned a lot of Fantasy points. He is a must-pick player for this match.

Today’s FOR vs GRE Probable Winners: