Peter Younghusband can be a very good pick for this match.

The Preliminary Final of the Ford Trophy 2020-21 will be played between Northern Districts and Wellington Firebirds on 3rd March at the Seddon Park in Hamilton.

On the other side, the Firebirds are coming off a match where they scored the highest team total in the tournament’s history. They must be high in confidence with the sensational batting display, which played a key role in making them finish in the third spot in the points table. They defeated Northern Districts on both occasions earlier this season. Both the teams have quality players across all the departments and it should be a cracker of a game.

The weather forecast does not look promising in Hamilton. There are more than 70% chances of precipitation throughout the match time.

The condition of the wicket here at the Seddon Park in Hamilton is very good for batting. It was a bit difficult for the batsmen a couple of years ago, but since the last year, it has favoured the batsmen. The team winning the toss should definitely bat second.

264 (Considering last three List A games played at this venue)

Jeet Raval has been the top scorer for Northern Districts with 371 runs at an average of 37.10. He is a must pick for your Dream11 fantasy team, as he was the top scorer for his team in both the games against the Firebirds in the league phase.

Michael Bracewell scored an unbeaten 64 in the last game he faced Northern Districts. It was not an easy wicket to bat and he outscored everyone with the bat. He also has got the highest average so far for the Firebirds with four half-centuries in seven games. In addition to that, he also grabbed 9 wickets so far this season.

Tom Blundell will open the innings for the Firebirds once again. He is a reliable batsman and his impressive average of nearly 50 is a testament to that.

Alongside Blundell, Finn Allen will have to play a key role to give another good start for the Firebirds. Both of them scored centuries in the last game, with Allen striking at an astonishing strike rate of 216.95. 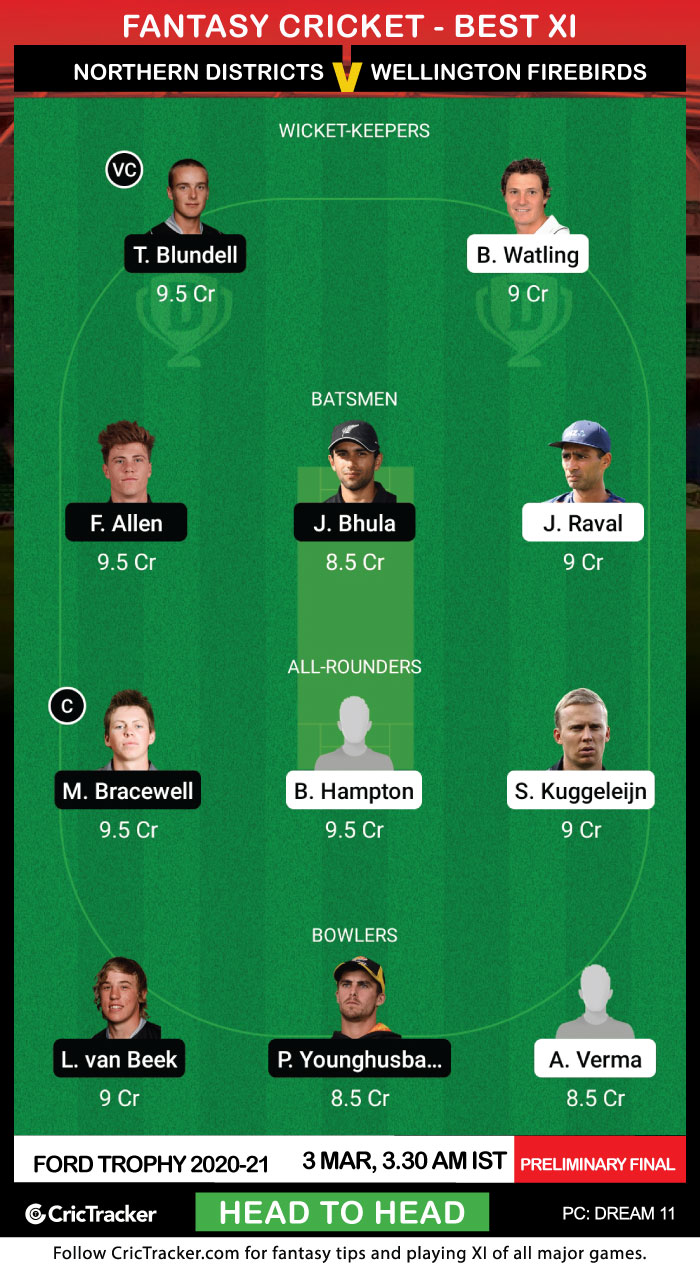 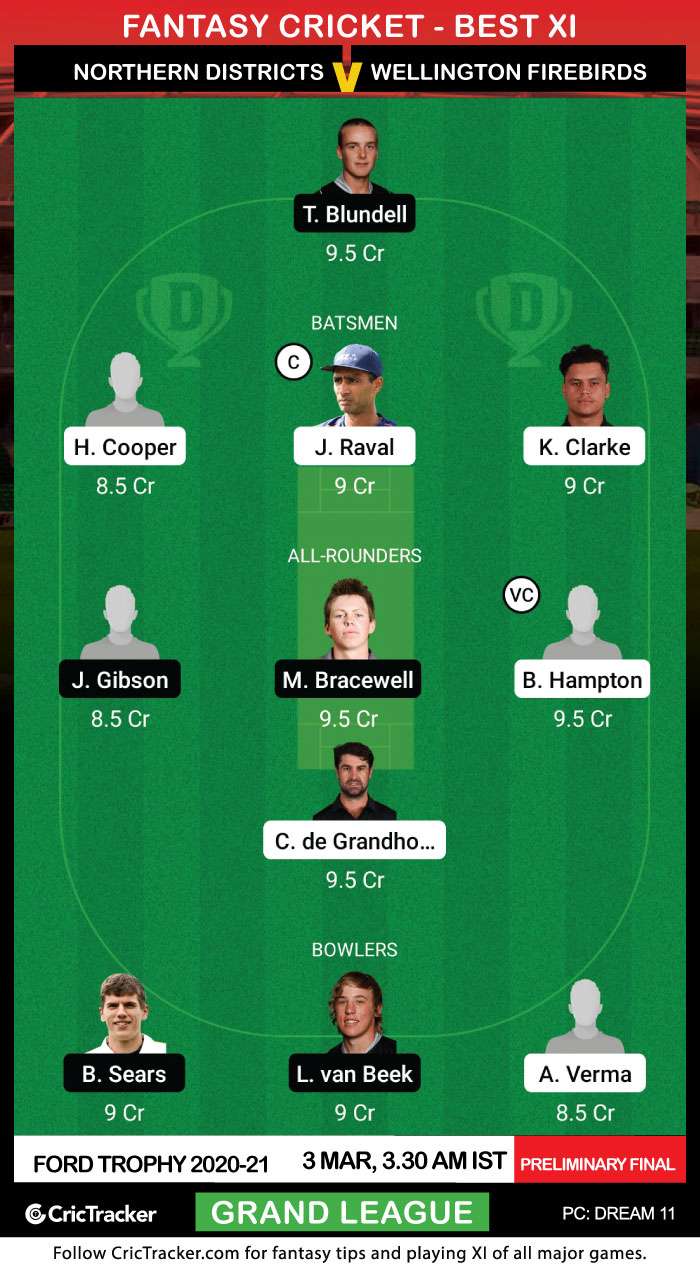 Leg-spinners got the lowest average at Seddon Park in comparison with the other types of bowlers. Therefore, Peter Younghusband can be a very good pick for this match, who is currently the highest wicket-taker for the Firebirds.