Sabir Rao has been Fujairah's most successful bowler in this competition. He has picked up 14 wickets in 9 games and has maintained an economy rate of under 8 runs per over.

It’s the first Semi-Final of the Emirates D20 and Fujairah will be taking on Dubai at the ICC Academy, Dubai between Dubai and Fujairah.

The match will begin at 05:30 pm IST and 4 PM local time. The live streaming of the same is available on the FanCode app.

After 30 matches in the league phase, we will now be entering the knockout stage where a small mistake from any one of the teams can cost them their title, such high are the stakes. Fujairah is coming into this match from a 10-match winning streak and is undefeated in this tournament. Their opponent, Dubai is a no match to the Fujairah team. Yet they held their nerve and qualified for the Semi-Finals.

Dubai’s weather has been assisting the cricket without any interruption. The temperature will be around 23 degrees celsius and with no chances of rain.

It’s a fairly balanced track where both the batters and bowlers will be getting equal assistance. Teams batting first will be looking for something around 160.

Waseem Muhammad has amassed 494 runs at an average of over 60 and a strike rate of nearly 150.

Rohan Mustafa has got 10 wickets and 312 runs to his name.

Muhammad Hassan has scored 129 runs for his team, alongside picking up 8 wickets.

Suggested Playing XI No.1 for FUJ vs DUB Fantasy Cricket: 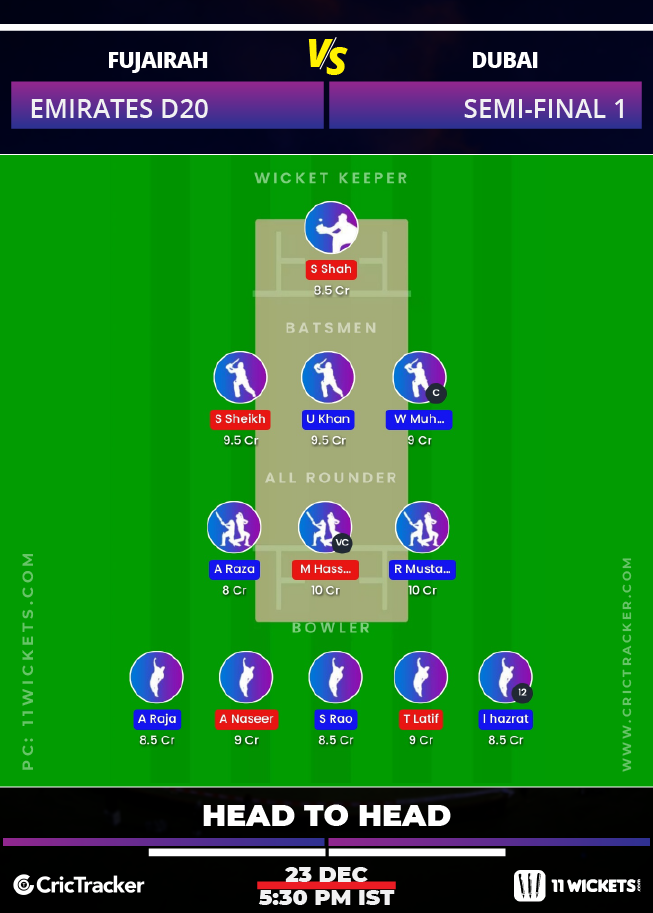 Suggested Playing XI No.2 for FUJ vs DUB Fantasy Cricket: 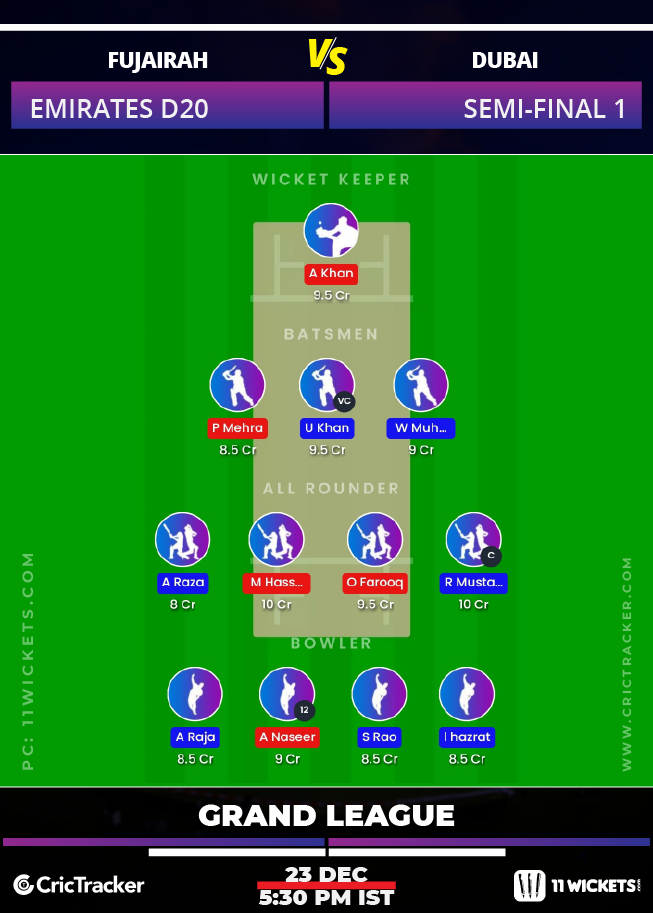 Sabir Rao has been Fujairah’s most successful bowler in this competition. He has picked up 14 wickets in 9 games and has maintained an economy rate of under 8 runs per over.

Fujairah is expected to win this match