Dhaka will be high on confidence after winning back-to-back matches in the championship. 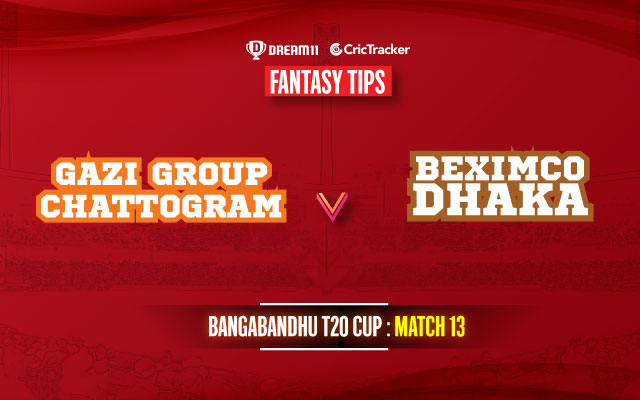 The 13th match of the Bangabandhu T20 2020 will be played between Gazi Group Chattogram and Beximco Dhaka at the Sher-e-Bangla National Stadium in Mirpur, Dhaka.

Gazi Group Chattogram remain to be the only unbeaten team in the ongoing Bangabandhu T20 Cup. The team, led by Mohammad Mithun, also have a net run rate of 1.395, the best among the five participating teams. In their previous game against Minister Group Rajshahi, they had a bit of stutter but won the match by one run. Another win will confirm their berth in the next round.

Chattogram are next scheduled to lock horns with Beximco Dhaka in the first of Sunday’s doubleheader in Mirpur. Mushfiqur Rahim’s Dhaka, on the other hand, must be brimming with confidence after back-to-back wins following their four-match losing streak. In their previous game, they turned over the Minister Group Rajshahi, who are now placed fourth in the table, by 25 runs.

The playing conditions will be hazy with the temperature around the 27 degrees Celsius mark. The humidity will mostly be in the high 30s. The area of concern is the air quality, which is ‘dangerous’.

The pitch in Mirpur has played a tad indifferently at times. Scores over 150 have been achieved quite a few times. Also, teams have started to defend scores and hence, batting first should be the way forward.

Mustafizur Rahman has been outstanding thus far in the tournament. The Satkhira-born has picked up 12 wickets from four matches at an average and strike-rate of 6.50 and 7.5 respectively.

Liton Das is in outstanding form with the bat. In four games, the right-hander already has a couple of fifties, scoring 200 runs at an average and strike-rate of 100 and 127.38 respectively.

Soumya Sarkar has scored runs at the top and has also picked up wickets. The left-hander has 109 runs under his belt at an average of 36.33. It’s risky to leave him out of any fantasy team.

Mushfiqur Rahim is currently the second-highest run-scorer for Dhaka. The right-hander has 138 runs to his name at an average of 34.50 and he also gives points as a wicketkeeper. 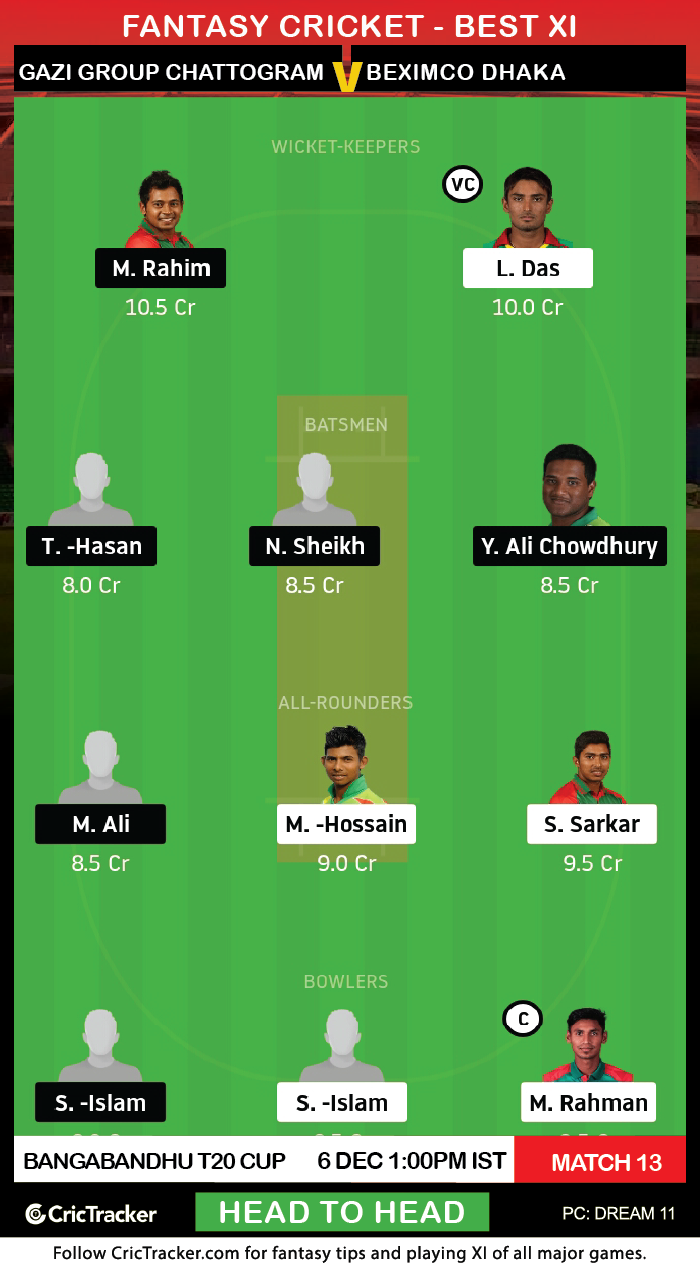 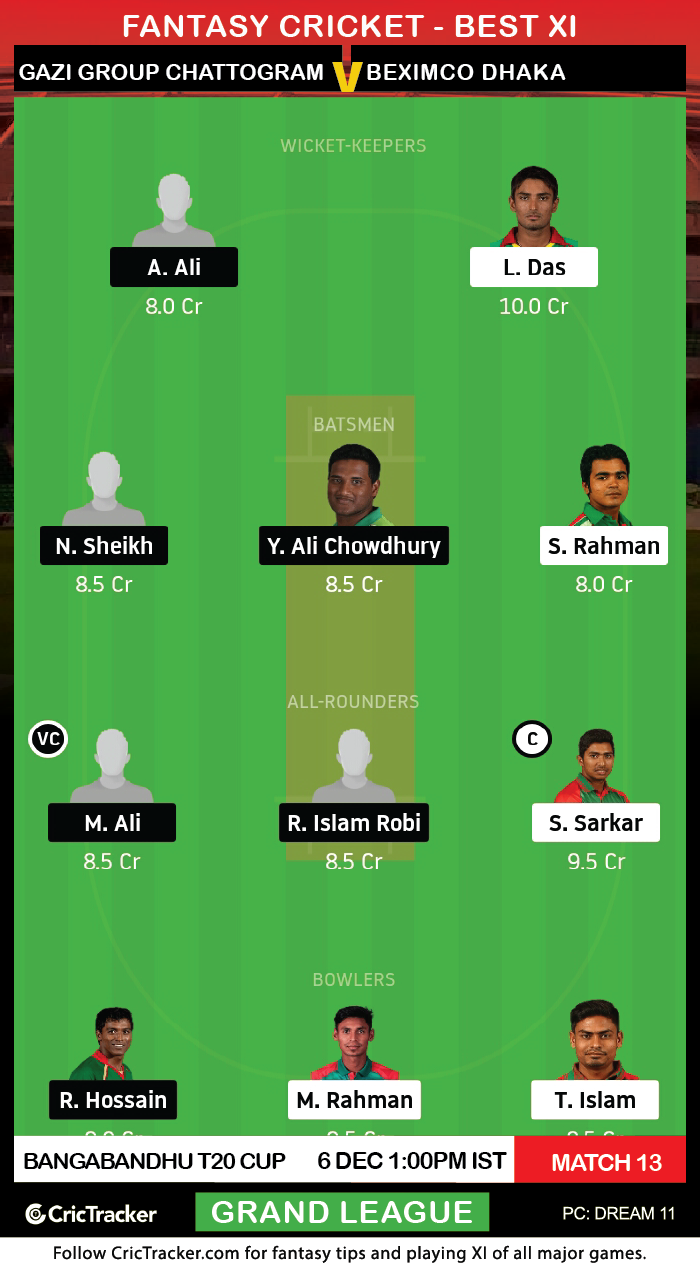 Mustafizur Rahman is an obvious choice as a multiplier. Not only is he giving points through wickets, but also through the economy and maiden overs.

Gazi Group Chattogram are expected to win the match.