Mustafizur Rahman has the highest fantasy points of 497, but he might not be a great choice as a multiplier. 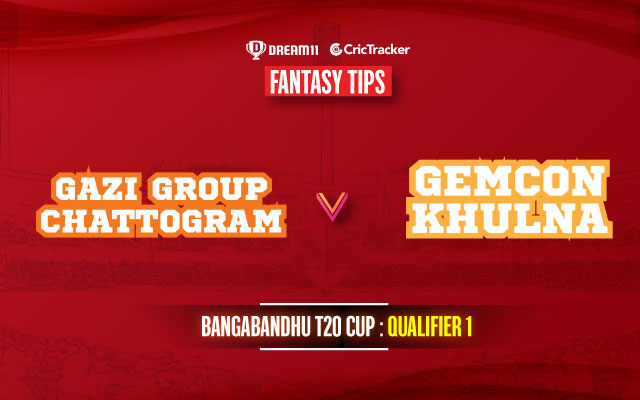 The Qualifier 1 of the Bangabandhu T20 2020 will be played between Gazi Group Chattogram and Gemcon Khulna at the Sher-e-Bangla National Stadium in Mirpur, Dhaka.

Gazi Group Chattogram, without a shred of a doubt, were the table-toppers in the league stage of the tournament, winning seven out of eight games. Barring their seven-run defeat to Beximco Dhaka, Mohammad Mithun and Co have been clinical.

As far as Gemcon Khulna, their opponent in Qualifier 1, is concerned, Chattogram beat them by nine wickets and three wickets respectively. The fact that they had a net run rate of 1.157 shows the level of dominance they have shown.

Khulna, on the other hand, got through with four wins from eight matches. Mahmudullah’s men may not be high on confidence, especially after losing their last two league matches. It goes without saying the Khulna need to pull a rabbit out of the hat turn over the in-form Chattogram team.

The temperature during match-time would be around 24 degrees Celsius with the humidity in the high-60s. There won’t be any cloud cover and hence, chances of a downpour are as good as nil.

The pitch in Dhaka has been becoming batting-friendly with scores on and around 300 (combined both innings) being registered on a consistent basis. Batting first and setting a target should be the way forward.

Liton Das has been a reliable force for Chattogram at the top of the batting order. He is currently the leading run-scorer for his team with 306 runs from seven matches at an incredible average of 61.2.

Soumya Sarkar lost a bit of form midway through the tournament but has found back his rhythm. In eight games, he has 253 runs with a couple of fifties. On his day, he can also pick up wickets.

Shuvagata Hom, barring one game, has been excellent. Despite batting lower down the order, he has scored big. Moreover, with wickets under his belt, he has the capability to give a lot of points.

Shakib Al Hasan has been someone, who thrives when put under extreme pressure. In eight games, he has 82 runs with the bat and picked five wickets. He will be looking for a bit of redemption.

Mahmudullah wasn’t getting a lot of runs to start with. But as the tournament has passed by, he has found his mojo. In eight games, he has 174 runs under his belt and has also picked up two wickets. 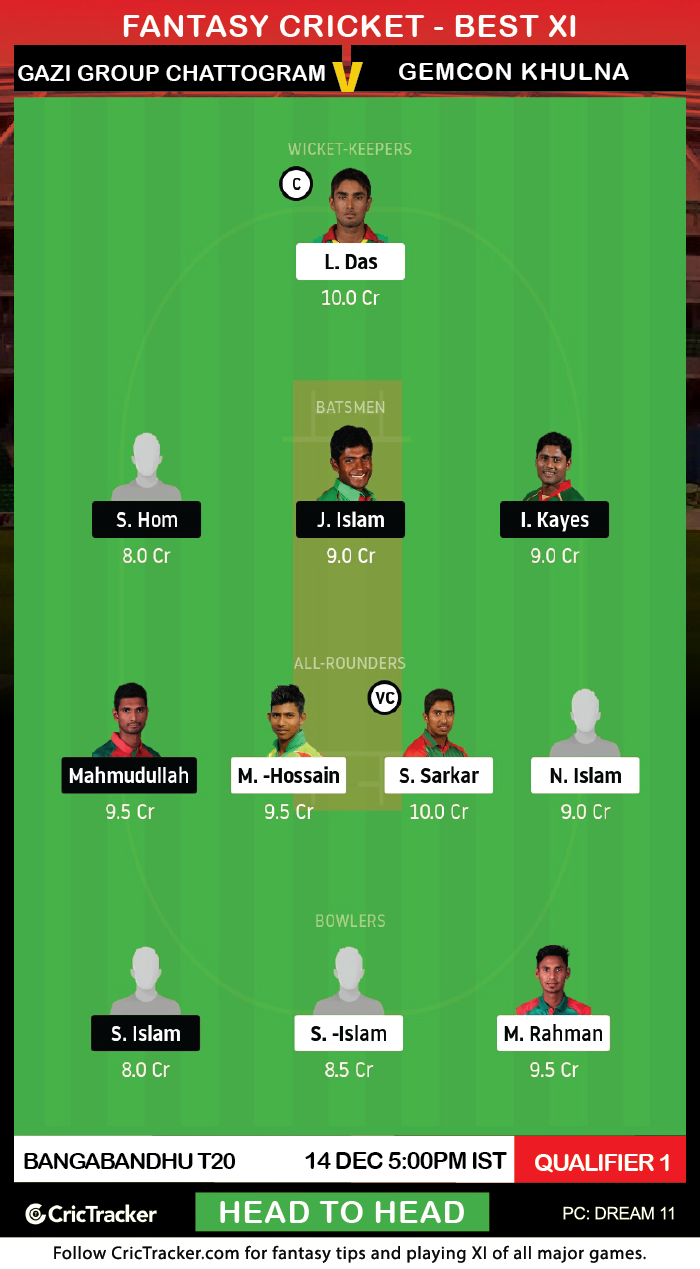 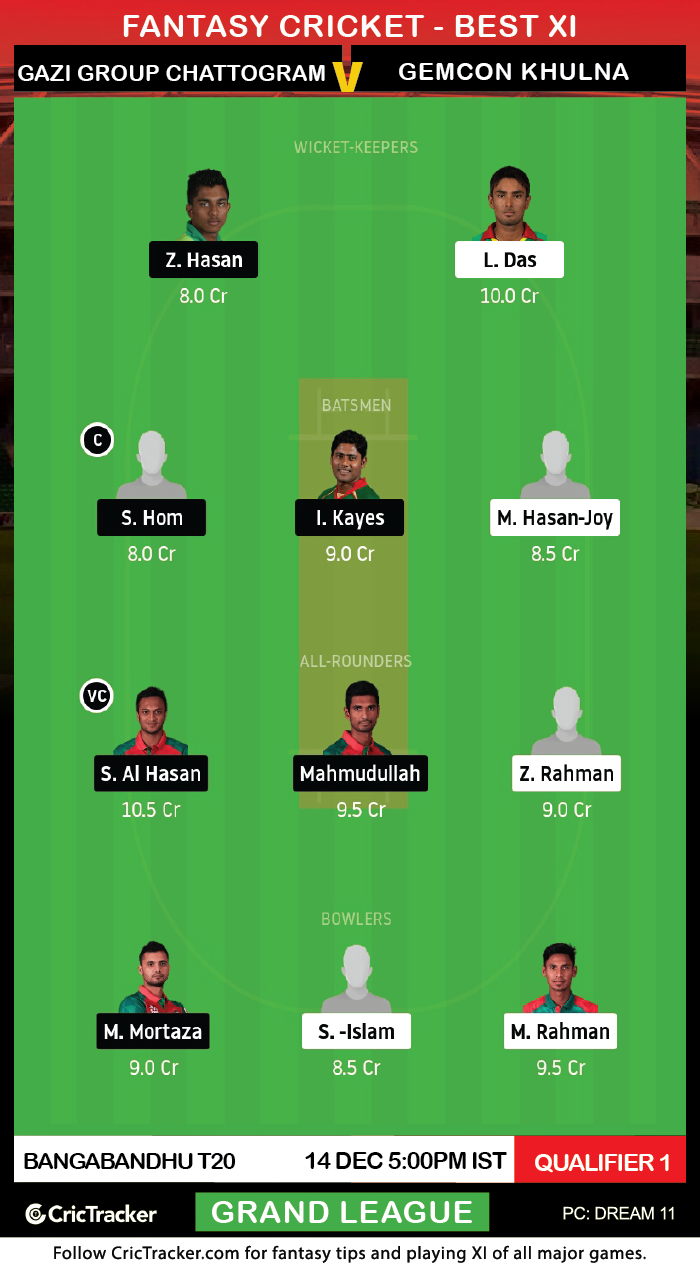 Mustafizur Rahman has the highest fantasy points of 497 among the players in both squads. But since the pitch has become batting friendly, one may avoid making him a multiplier.

Gazi Group Chattogram are expected to win the match.