Shakib Al Hasan won't be a part of the game as he has flown back to the USA. 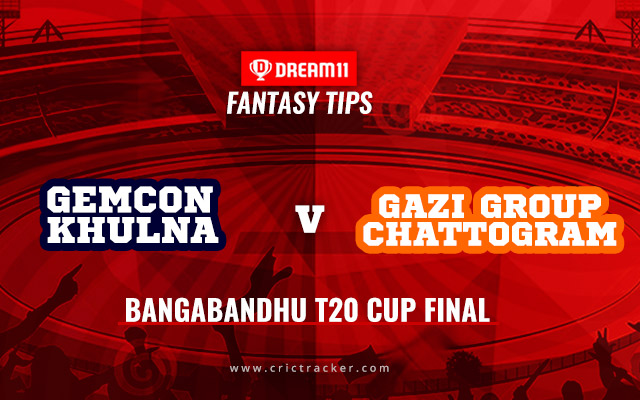 The Final of the Bangabandhu T20 2020 will be played between Gemcon Khulna and Gazi Group Chattogram at the Sher-e-Bangla National Stadium in Mirpur, Dhaka.

Gazi Group Chattogram had a dream run in the league stage of the Bangabandhu T20 Cup, winning seven out of their eight matches. But in the Qualifier 1, the team, captained by Mohammad Mithun, somehow managed a 47-run defeat at the hands of Gemcon Khulna, whom they defeated both times in the league stage.

But in the Qualifier 2 against Beximco Dhaka, Chattogram made amends. They bowled Mushfiqur Rahim and Co out for a mere 116 and chased the target down in 19.1 overs. Going into the final, Chattogram would be aware of what Khulna did to them last time around.

Khulna were a bit rusty to start their campaign, but once they started winning, they kept climbing the ladder. After their thumping win over Chattogram last time, Khulna would be brimming with confidence.

The playing conditions for Friday’s match will be pretty much on the pleasant side. The temperature will be around the 23 degrees Celsius mark. The humidity will be ideal with the numbers in the 40s.

The pitch in Dhaka has behaved a tad indifferently in recent times. In the last game, both teams were involved in a low-scoring affair. But a decent track can be expected for the grand finale.

Shakib Al Hasan won’t be a part of the match as he has left for the USA.

Liton Das has been in terrific form in the tournament, a reason behind Chattogram’s incredible run. In nine matches, he has notched 370 runs at an average and strike-rate of 52.85 and 120.91.

Mustafizur Rahman is currently the leading wicket-taker in the tournament with 21 wickets from nine matches. He bowls at the death and has picked up wickets in every other match thus far.

Jahurul Islam started the tournament in a quiet manner, but he has picked up the ante. In nine matches, he has scored 254 runs at an average of 28.22 with two fifties to show for his efforts.

Soumya Sarkar has blown a tad hot and cold in recent times. He has tended to lack the consistency of late with the bat. Yet he has scored 280 runs at an average of 31.11 and has three wickets in his bag.

Mahmudullah is another player, who started the tournament slowly. But he has found his mojo and is scoring runs at a brisk rate. In nine matches, he has scored 204 runs at a strike-rate of 125.15. 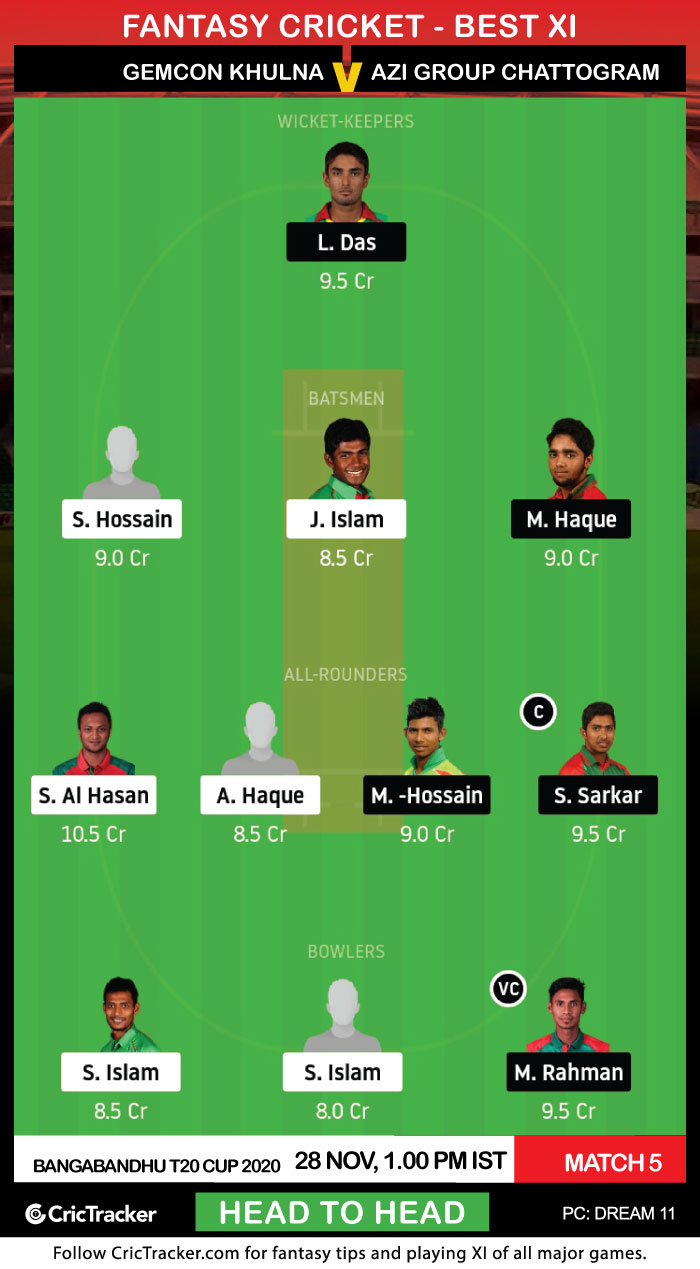 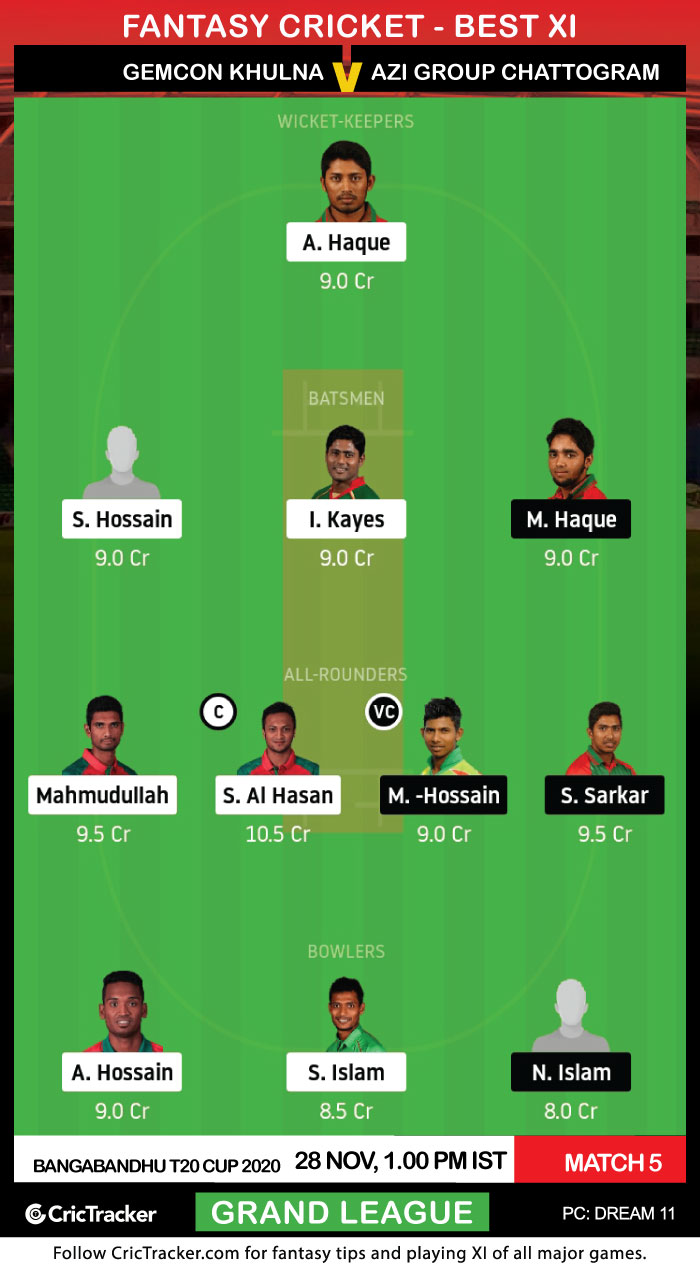 Jahurul Islam won’t be a popular choice for a multiplier’s role in the presence of the likes of Sarkar, Das, Mahmudullah and Mustafizur. But keeping in mind his form, he can be made at least the vice-captain if not the captain.