Keep an eye on the toss and see who will chase. Choose maximum players from the chasing team as there will be high chances they will be the ones winning this fixture 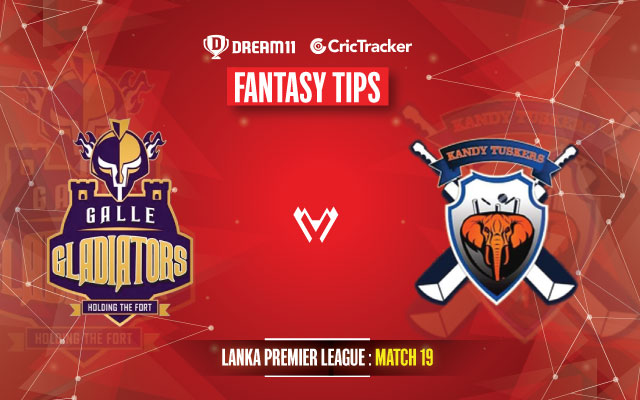 The 19th match of the Lanka Premier League will be played between the Galle Gladiators and Kandy Tuskers at the Mahinda Rajapaksa Stadium, Hambantota.

The bottom two of the table will be clashing tonight in the battle of pride. Kandy Tuskers have won 2 out of their 7 games while Galle Gladiators have managed to triumph only once in the entire tournament in their previous to last game against Colombo Kings.

The momentum is slightly shifted towards the Kandy Tuskers after their previous day’s win against the Jaffna Stallions. Gunarathne, Perera and Irfan Pathan looked good with the bat while Pradeep, Steyn and the other bowlers chipped in with a few wickets. For Gladiators, it was yet another upsetting defeat against Dambulla Vikings who nailed the last over and won by 4 wickets in the end.

The weather is expected to be rainy tonight so expect some interruptions during the game. The temperature however will be around the 20 degrees mark.

Win toss and chase would be the go-to option for the captains as that is what has been observed in the recent past. With rain coming in, expect some help for the side batting second with reduced targets and overs.

157 (last 5 games completed in this tournament)

Australia’s depth will be tested in David Warner’s absence against this good Indian outfit: Steve Smith

Dhanushka Gunathilaka: At the top of the charts when it comes to scoring runs but right at the bottom when it comes to winning games for the team. It is a tough time to be Dhanushka in this tournament but he would definitely look to continue his great form coming into the game.

Mohammad Amir: He might have picked only 1 scalp in his last outing but remains to be the pick of the bowlers for the Gladiators. The Tuskers won’t be taking any risks against him and he might chip in with early wickets in the powerplay overs.

Brendon Taylor: The Zimbabwean batsman looked in great touch the previous time they locked horns with this opposition so expect him to go big this time as well. He was instrumental in their previous victory against the Gladiators as he scored a fighting 51 not out.

Asela Gunaratne: After his heroic knock in the previous game, the Kandy Tuskers would be looking up to him during the chase down the order. He becomes a very important pick for this game after his masterclass from the day before. 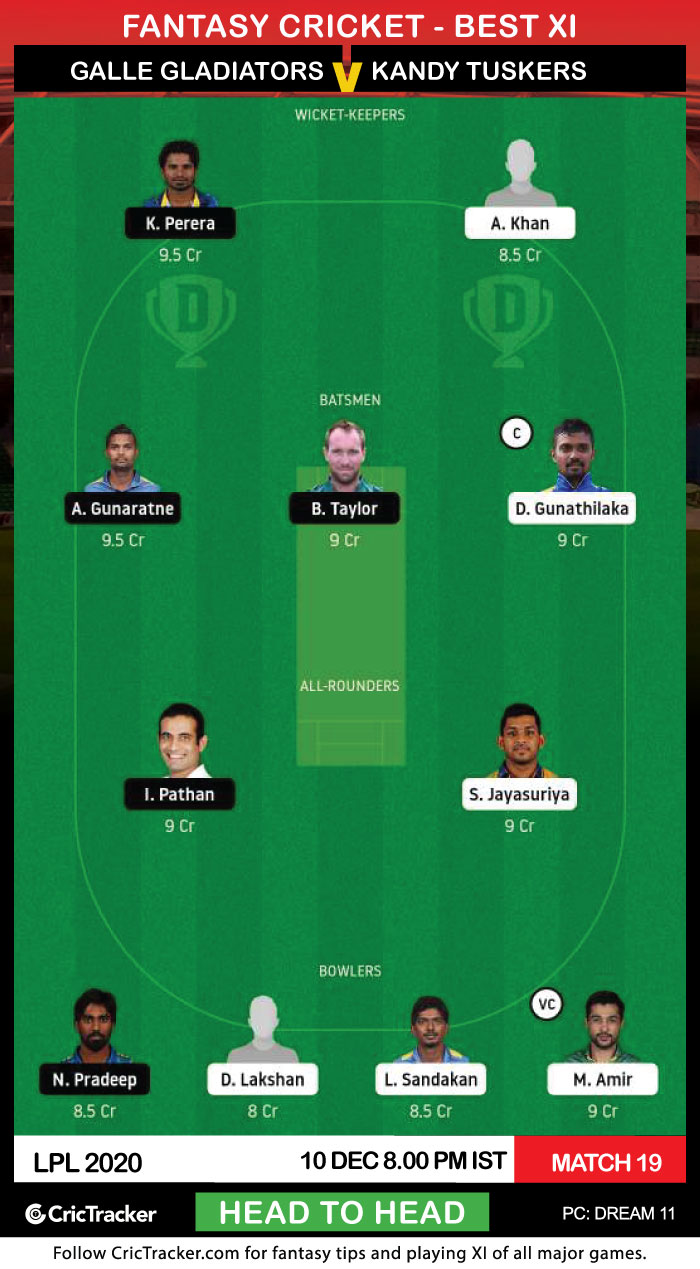 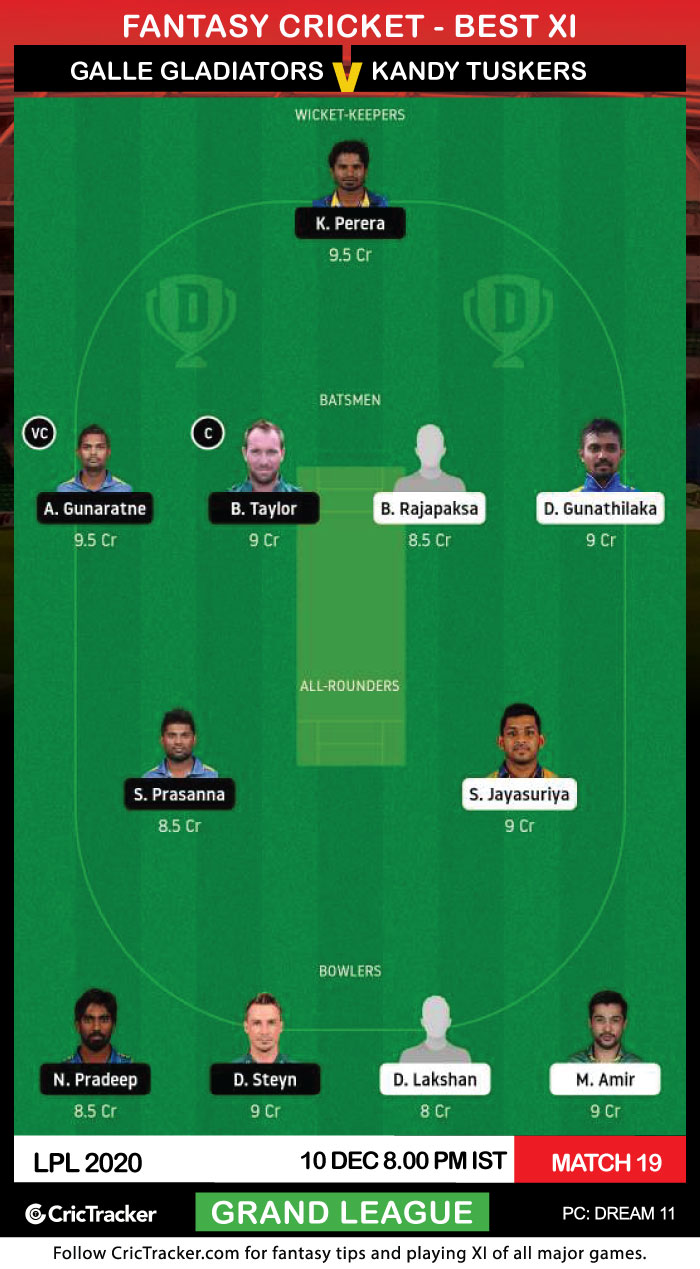 Keep an eye on the toss and see who will chase. Choose maximum players from the chasing team as there will be high chances they will be the ones winning this fixture

Kandy Tuskers are expected to win this game.