Roland Cato will be a good captaincy option.

Match 9 of the Spice Isle T10 tournament will be played between the Ginger Generals and the Nutmeg Warriors. This match will be played at the National Cricket Stadium in Grenada.

This match will commence at 11:30 PM IST and will be streamed live on the FanCode app.

Two teams placed at the 2nd and 4th places in the points table will lock horns in what promises to be an exciting contest. Both the Nutmeg Warriors as well as the Ginger Generals have won 1 out of the 2 matches that they have played in the Spice Isle T10 League.

Both these sides will enter this encounter on the back of losses in their previous matches. While the Clove Challengers beat the Ginger Generals with 6 wickets to spare, the Nutmeg Warriors went down to the Saffron Strikers by 25 runs.

Captaincy Picks for GG vs NW

In the Nutmeg Warriors’ previous match against the Saffron Strikers, Darel Cyrus blasted a 20-ball 39 to allow his side to post a competitive total on the board. He will once again look to repeat his heroics in the match against the Ginger Generals.

Roland Cato was in good form with the willow in the Ginger Generals’ match against the Clove Challengers and scored a 15-ball 27. Even in the Generals’ victory over the Bay Leaf Blasters, Cato scored 26 runs at a strike rate of 260. 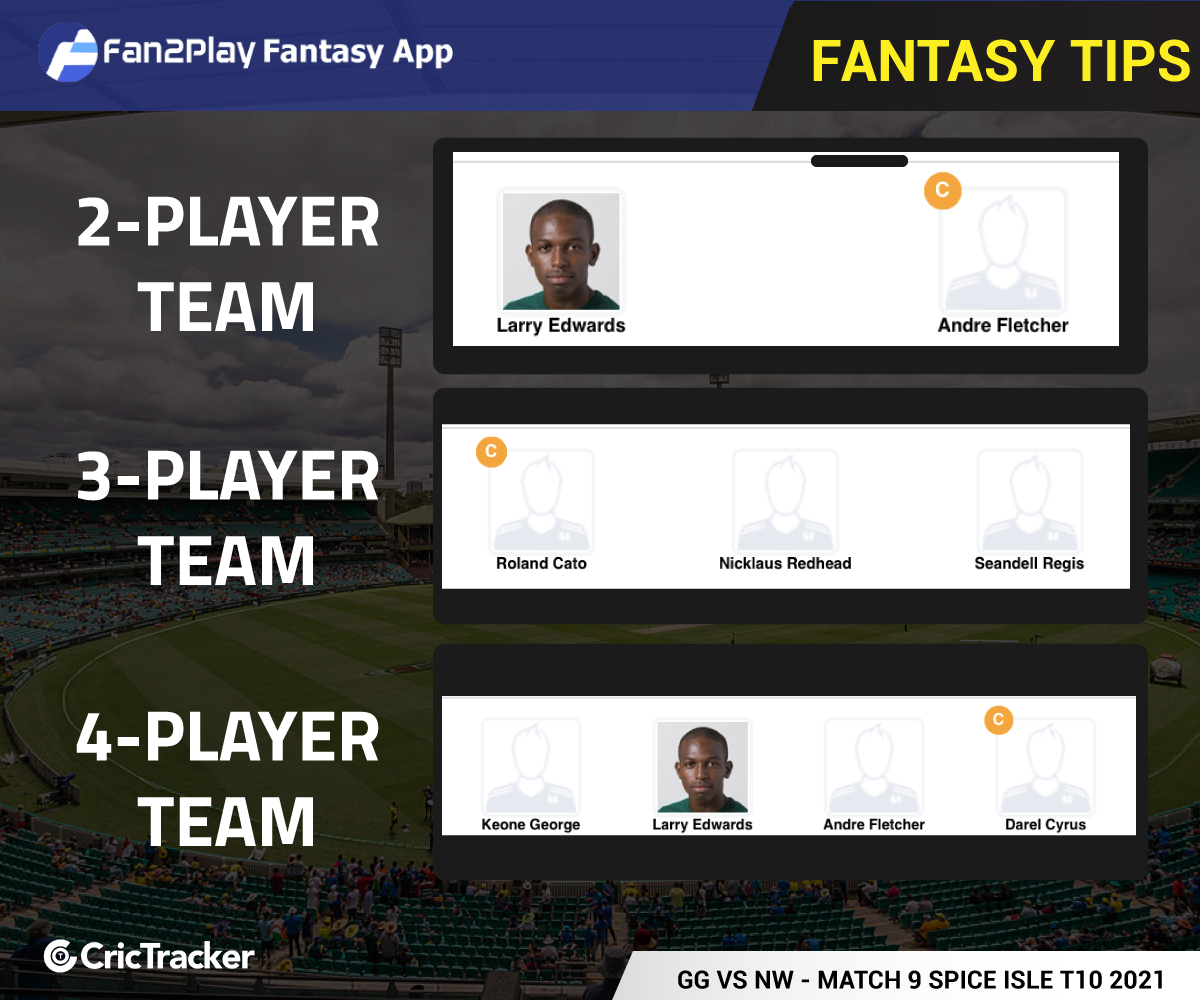 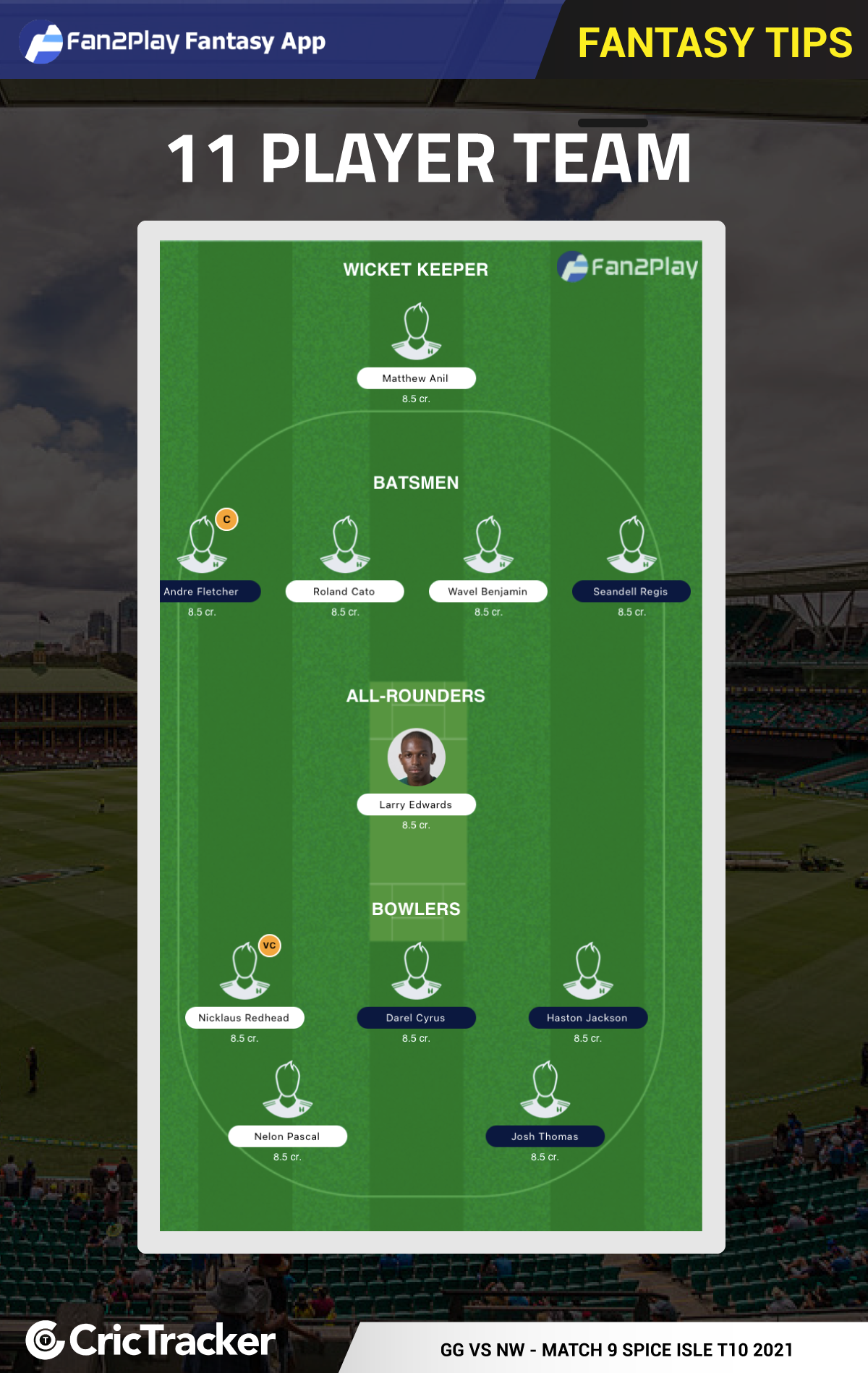