Marnus Labuschagne's return in the T20 side will be a big boost for the hosts.

Somerset will meet Glamorgan in this South Group match in the Vitality T20 Blast tournament. This match will take place at the Sophia Gardens in Cardiff on Friday (July 16).

This match will be played at the home ground of Glamorgan in Cardiff. But, despite playing this match at their home ground, Glamorgan won’t start as favourites against Somerset. Instead, Somerset have been playing quite beautifully in this competition will start as the favourites.

Somerset are placed fourth place in the points table at this moment and have played 12 matches. They have won six of them and lost four. They have 14 points, with two of their matches not yielding any result. On the other hand, Glamorgan have also played 12 matches, but have managed to win only three and have lost seven. Two of the other matches have been called as no results as well.

Captaincy Picks for GLA vs SOM:

Marnus Labuschagne has evolved as a T20 player in recent times and his performances for Glamorgan this season is an example of that growth. He has made 294 runs with an average of 58.80 in six matches so far. He has also picked up seven wickets with an economy of 7.43.

Ever since he has joined Somerset for the first-class and the T20 format, Conway has been quite refreshing to watch. He has batted quite brilliantly and helped Somerset in the middle of the season. So far, he has played six matches and scored 235 runs at an average of 58.75. 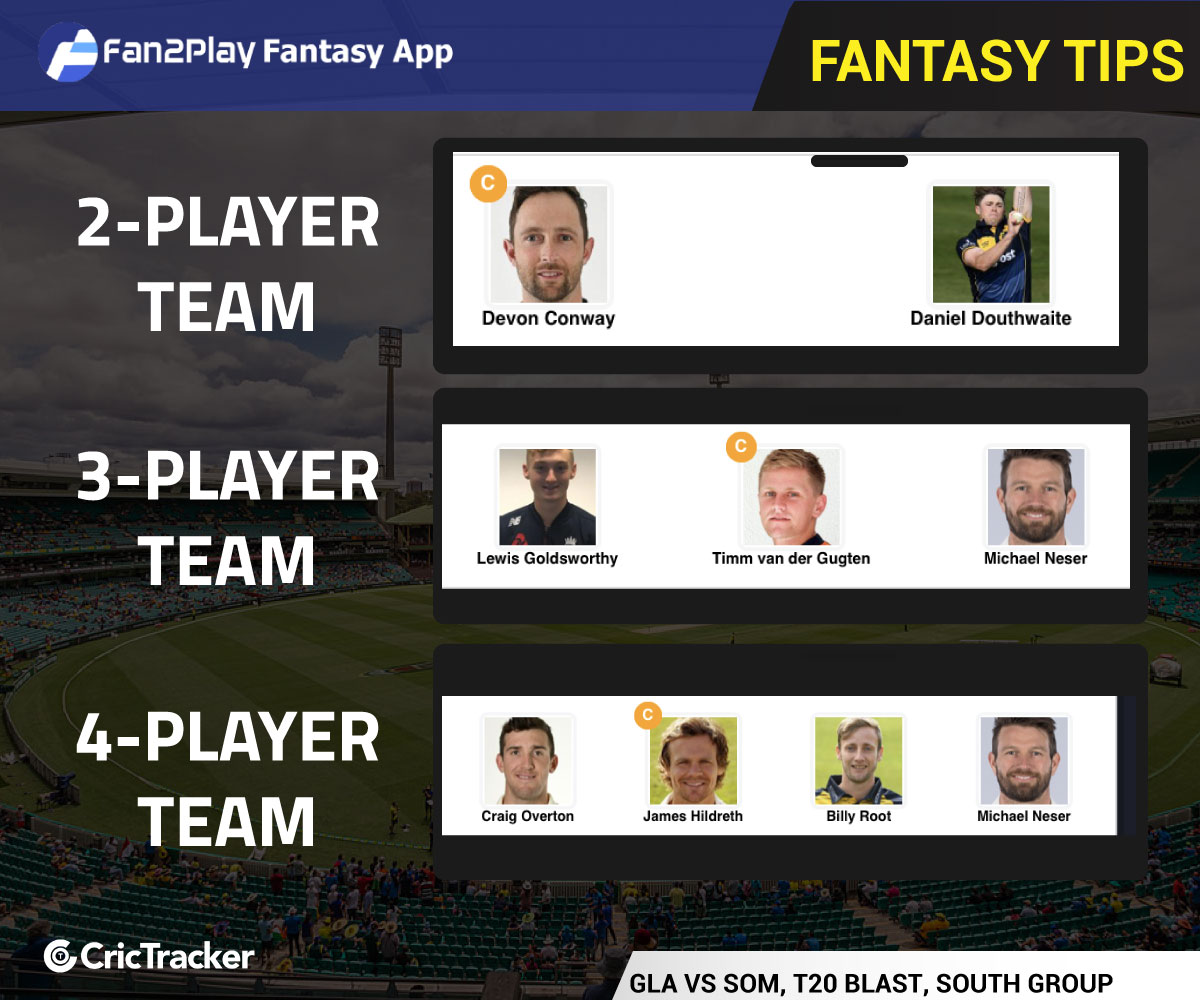 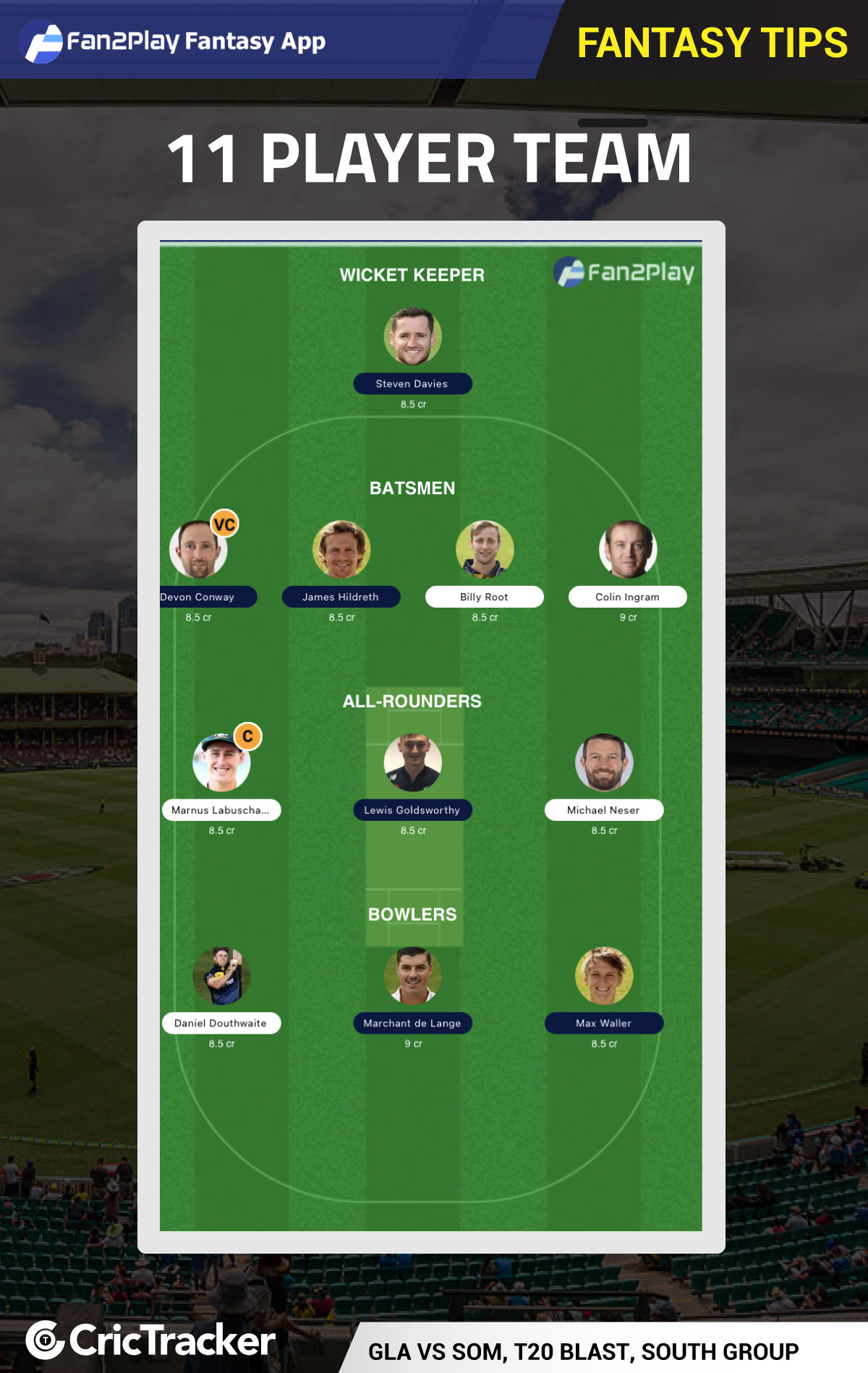