Will Jacks is a good captaincy option for this match.

Glamorgan will battle it out with Surrey in the upcoming South Group clash of T20 Blast 2021. This match will be played at the Sophia Gardens in Cardiff.

Surrey have blown hot and cold this season and would like to put up a substantial show in this fixture. They started the tournament on a grand note, registering victories in their first three games. However, they then lost the plot and won just one of their next six games. Surrey are currently holding the fourth place in the South Group team standings.

On the other hand, Glamorgan have had a terrible campaign so far and time is running out for them. With just two wins in nine outings, the Chris Cooke-led side are holding the seventh place in the table. Notably, Surrey walked away with a five-wicket triumph when these two sides met earlier in the competition.

Captaincy Picks for GLA vs SUR

Surrey will count on their opener Will Jacks to shine in this contest. The right-handed batsman likes to go after the bowlers from the outset and playing long knocks isn’t beyond his reach either. So far, he has mustered 254 runs in eight games at a staggering strike rate of 180.14. Not to forget, Jacks can also chip in with his handy off-spins.

All-rounder Dan Douthwaite is the another player to watch out for in this contest. The right-arm pacer doesn’t tend to concede a lot of runs and his happy knack of taking wickets makes him even more lethal. Douthwaite has so far scalped 10 wickets in seven games this season. He also has a half-century under his belt. 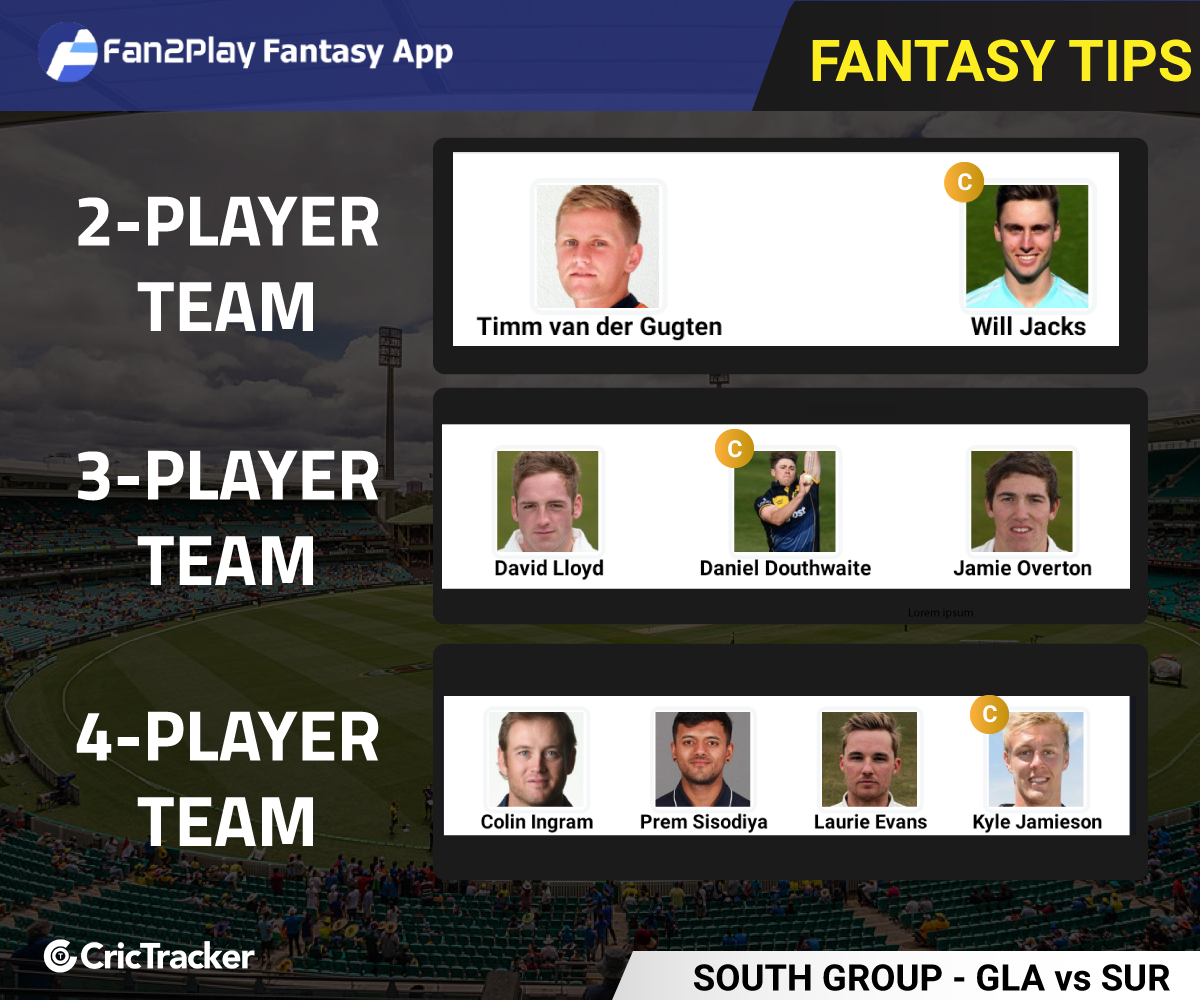 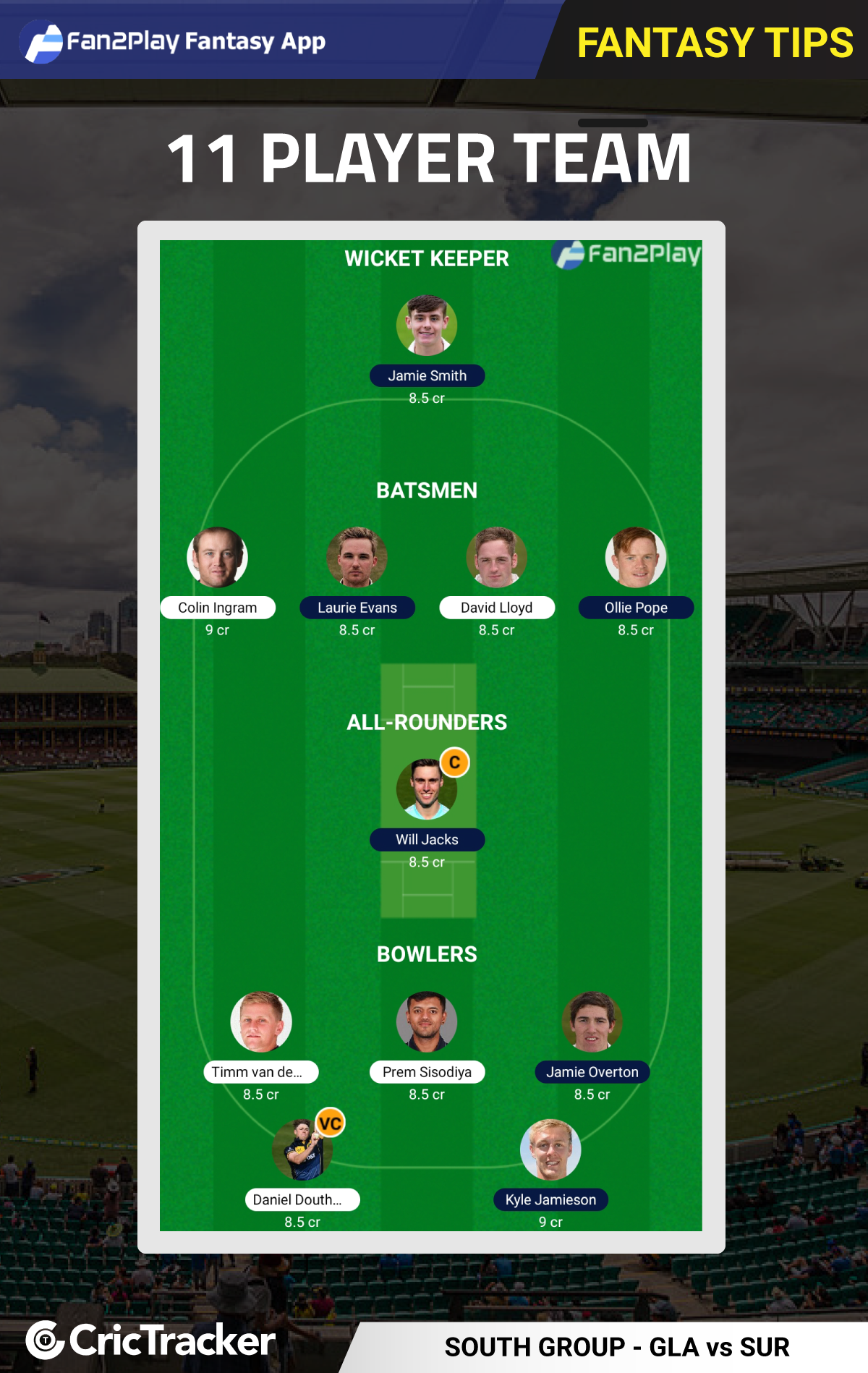