The 3rd Quarterfinal of the Vitality Blast 2020 will be played between Gloucestershire and Northamptonshire at the County Ground, Bristol.

After a small hiatus, the T20 Blast 2020 is back again with the knockout games. In the third quarterfinal of the tournament, Gloucestershire will be taking on Northamptonshire. Gloucestershire finished at the top of the points table in the Central Group with 7 wins from 10 games. They lost only two games while one match yielded no result.

On the other hand, Northamptonshire won five matches, lost four while even one of their games was washed out. Both these sides have worked extremely hard to reach this stage. They would not want their efforts to go in vain and are expected to put up a tough fight in this encounter.

GLO vs NOR Weather Report for 3rd Quarter-final:

With a slight chance of precipitation, there could be a few interruptions during this game.

The seamers will enjoy some support of the deck early on in the game. Once the batsmen settle in, they can play their shots on this track.

GLO vs NOR Top Picks for Today’s 11Wickets Fantasy Match:

Ryan Higgins picked up 13 wickets from 9 games and can chip in with the bat as well.

Richard Levi is a decent pick for your side and has scored 182 runs in 9 games at a strike rate of 133. His experience could come handy in this game.

Tom Smith is the leading wicket-taker for Gloucestershire with 14 wickets from 9 games. His economy rate is under 6.

Ben Sanderson has hit good lines and lengths in the tournament and has accounted for 12 wickets thus far.

Graeme White has got 10 wickets thus far from 9 games while maintaining an economy rate just over 7.

Suggested Playing XI No.1 for GLO vs NOR 11Wickets Fantasy Cricket: 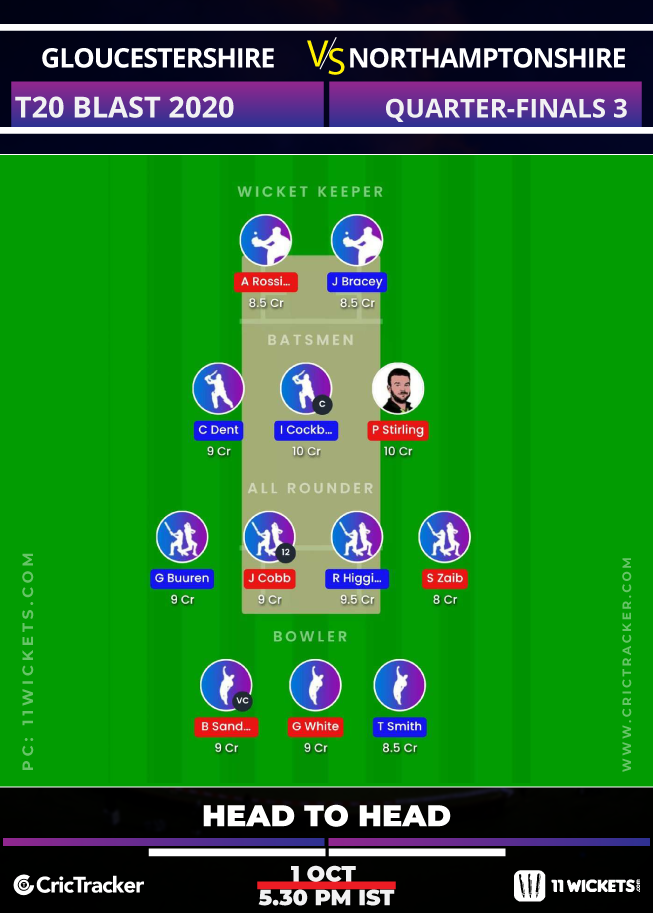 Suggested Playing XI No.2 for GLO vs NOR 11Wickets Fantasy Cricket: 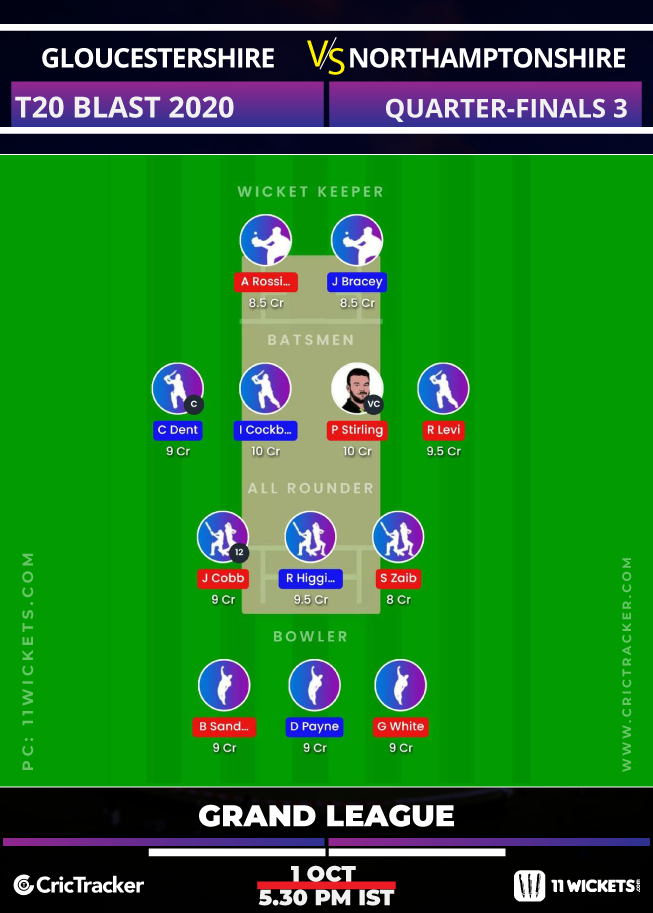 The track on offer is a balanced one. Thus, it is better to have a good balance while picking your team.

Today’s GLO vs NOR Probable Winners: