Paul Stirling is the leading run-scorer for Northamptonshire with 232 runs at a strike rate of 157. He will be looking to use all his experience in the game on Thursday.

The 3rd Quarterfinal of the Vitality Blast 2020 will be played between Gloucestershire and Northamptonshire at the County Ground, Bristol.

We are the fag end of the tournament with the semis within a breathing distance. Having said that, this match is set to be another cracker as it is the table toppers of the Central group taking on the second-placed team of the same group, in a potentially tense quarter-final. We are talking about Gloucestershire and Northamptonshire, respectively.

Both the teams involved in this game are set to contend for the title as well and have had a good run in the tournament, so far. The momentum is certainly with them, heading into the semis but here, both the teams have been presented with an opportunity to knock their group-mates out in this match-up.

GLO vs NOR Weather Report for 3rd Quarter-final:

There is light rain predicted for the game on Thursday and hence one can expect a game with interruptions. The temperatures will be hovering around 15°C for most of the duration.

The pitch at County Ground has helped the seamers and has offered considerable assistance to the batsmen as well. Expect the trend to continue in this game as well.

GLO vs NOR Top Picks for Today’s Dream11 Match:

Ian Cockbain has been the man in form for Gloucestershire. The right-handed batsman has amassed 369 runs from 9 games at a brilliant strike rate of 174. However, the hallmark of his campaign is consistency and he will look to continue his good run on Thursday as well.

Chris Dent has been good with the starts that he has provided his team with. The right-handed batsman has shown that he is capable of playing deep into the innings and has amassed 314 runs at a strike rate in excess of 150 and an average nearing 35.

Paul Stirling is the leading run-scorer for Northamptonshire with 232 runs at a strike rate of 157. He will be looking to use all his experience in the game on Thursday.

Ben Sanderson, though a bit expensive, has been the leading wicket-taker for Northamptonshire with 12 wickets to his name. He will look to add on to his tally on Thursday while bettering his economy rate of 8.25.

Suggested Playing XI No.1 for GLO vs NOR Dream11 Fantasy Cricket: 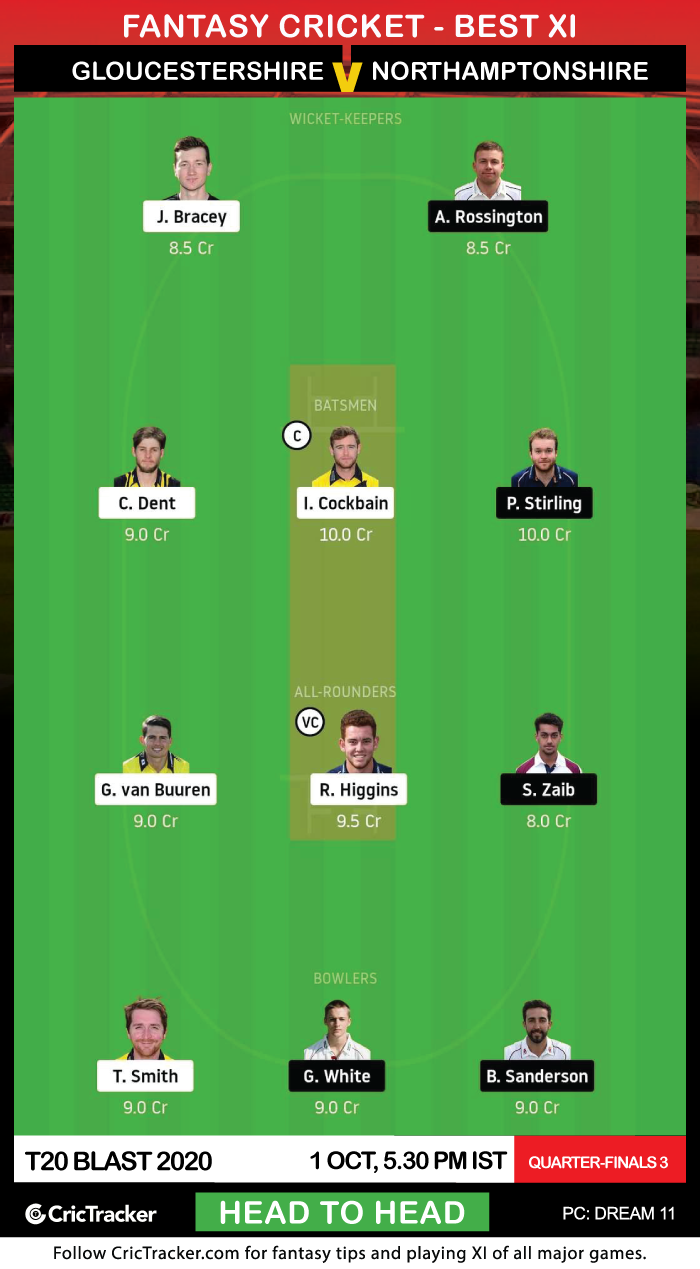 Suggested Playing XI No.2 for GLO vs NOR Dream11 Fantasy Cricket: 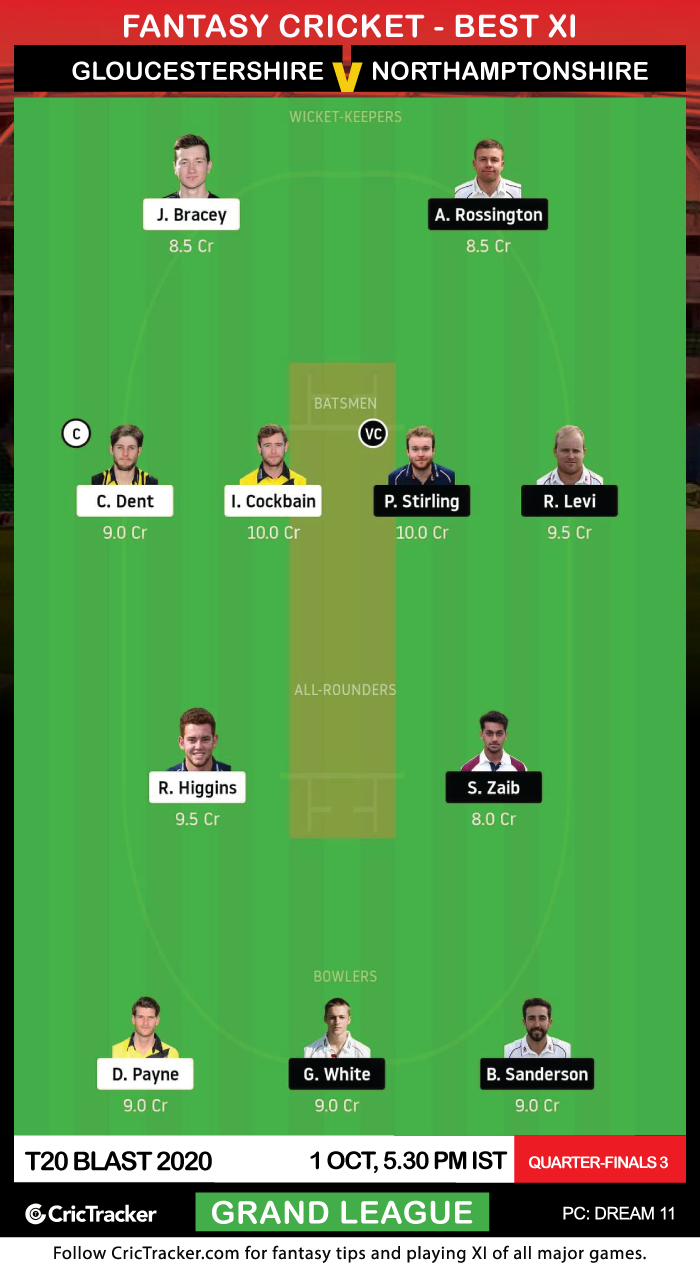 Given the batting might of both the teams, it is advisable to have plenty of batting options in your team.

Today’s NOR vs GLO Probable Winners: