Ollie Sale can be a good budget pick for your Dream11 fantasy side, considering he has been among wickets in the last two games.

The Central Group match of the T20 Blast 2020 is all set to be played between Gloucestershire and Somerset at County Ground, Bristol.

Gloucestershire will host Somerset in the final round of league matches of the T20 Blast 2020 on Sunday. Gloucestershire sits comfortably at the top of the Central Group table and are through to the Quarter Finals. On the other hand Somerset are placed third on the table and have their task cut out.

It is a must-win game for them if they have to keep their hopes alive. They will also be praying that Warwickshire, currently placed second, lose their final game so they can advance on better run-rate.

The weather will be partly cloudy at Bristol, with slight possibility of rain. The temperature will be around 24 degree Celsius.

The track at Bristol has been pretty good for batting. However, it tends to get a little slow in the second innings.

Babar Azam, the Pakistani batting sensation has showed why he is rated so highly in this format with a brilliant hundred against Glamorgan on a difficult pitch. He will have the onus of scoring most of the runs for Somerset in this all-important encounter.

Tom Abell has been consistent with the bat throughout the tournament scoring 224 runs in 8 innings. He will be eager to score runs in this do-or-die clash for his team.

Chris Dent, the Gloucestershire opener has amassed 310 runs at a strike rate of 159 in 8 innings scoring 4 fifties along the way.

Ryan Higgins, the all-rounder has picked up 13 wickets and scored 159 runs in 8 innings for Gloucestershire. He must get a place in your Dream11 fantasy team. 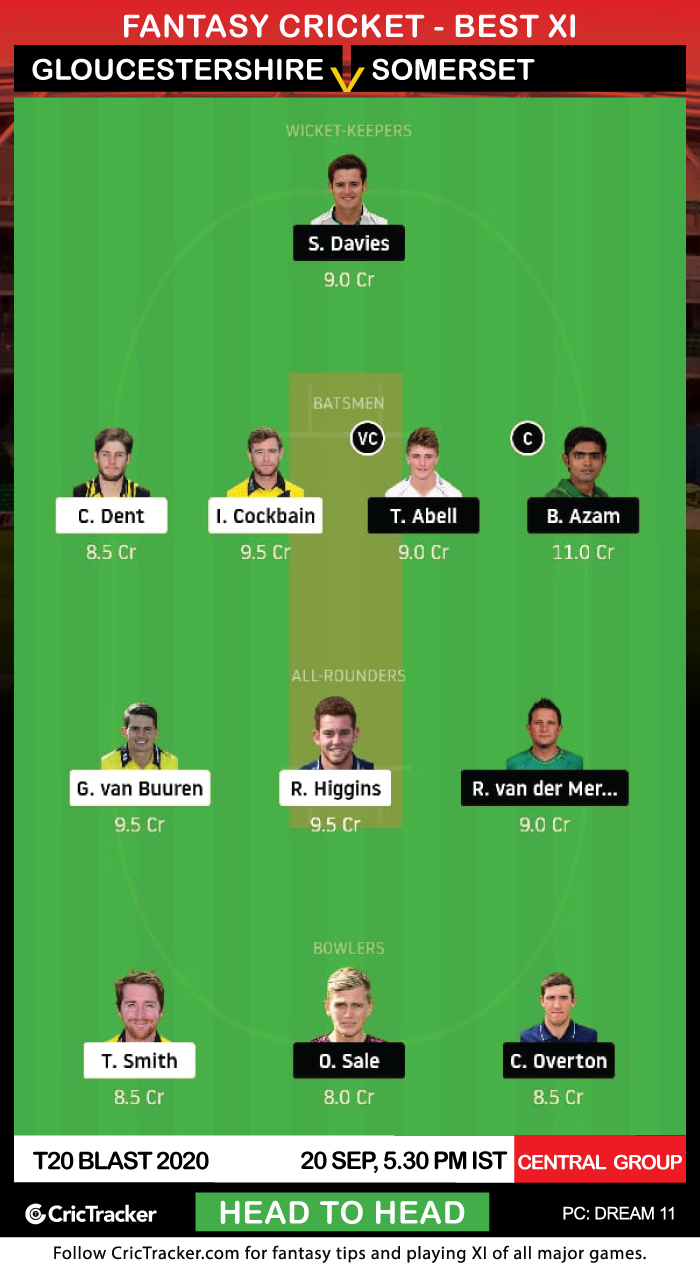 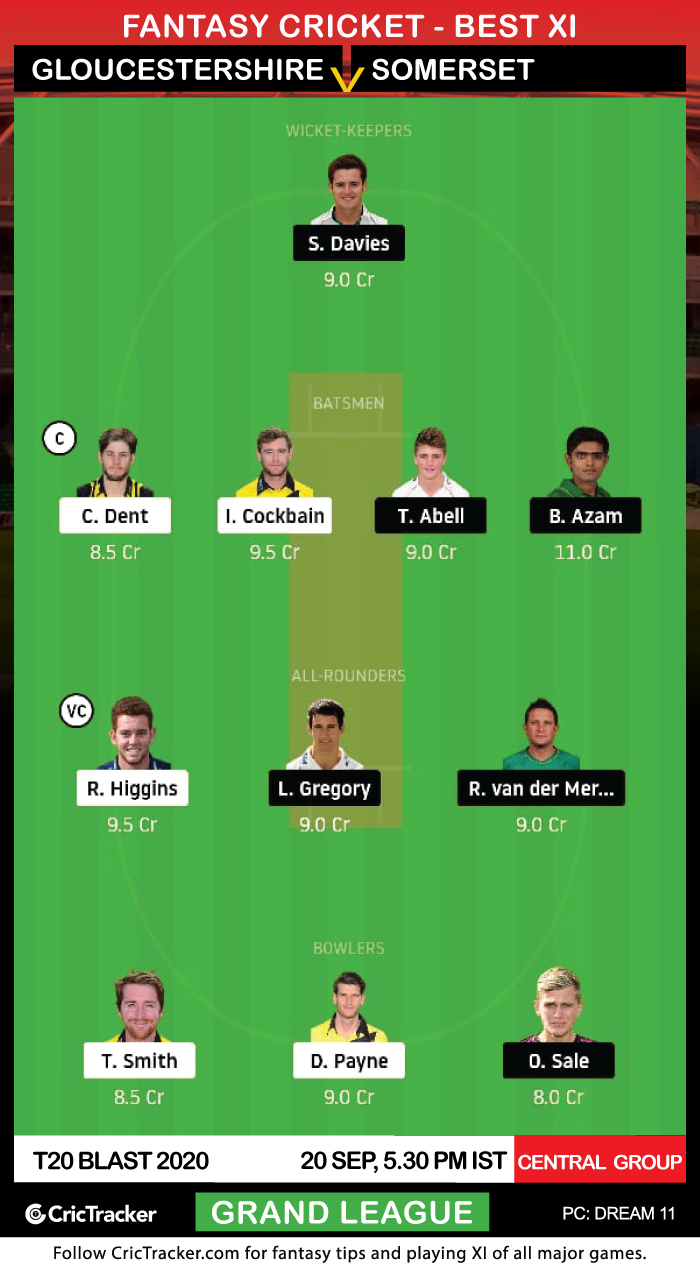 Ollie Sale can be a good budget pick for your Dream11 fantasy side, considering he has been among wickets in the last two games.

Gloucestershire is expected to win this match.