Kesrick Williams is a very good captaincy pick for this match.

The Grenadines Divers side will face the Botanical Garden Rangers in the 5th place Playoff match of the Vincy T10 Premier League. This match will be played at the Arnos Vale Ground in Kingstown.

This encounter can be streamed live on the FanCode platform and will begin at 9:00 PM IST.

Two teams that have struggled throughout the tournament will collide against each other in the 5th place Playoff match of the Vincy T10 Premier League. The Grenadines Divers could only emerge victorious in 2 out of the 8 matches that they played in the tournament.

The Botanical Garden Rangers have experienced an even terrible campaign, and have lost 7 out of the 8 matches that they have contested in. In this battle of the underperformers, both sides will look to end their campaign on a winning note.

In Grenadines Divers’ previous encounter against the Dark View Explorers, it was Shem Browne who top-scored with a 17-ball 24. Browne has had a decent run with the willow in this tournament.

Kesrick Williams is a bowler who can make any batting lineup uncomfortable. The right-arm pacer picked up 4 wickets, giving away 14 runs in the 2 overs that he bowled against the Salt Pond Breakers. 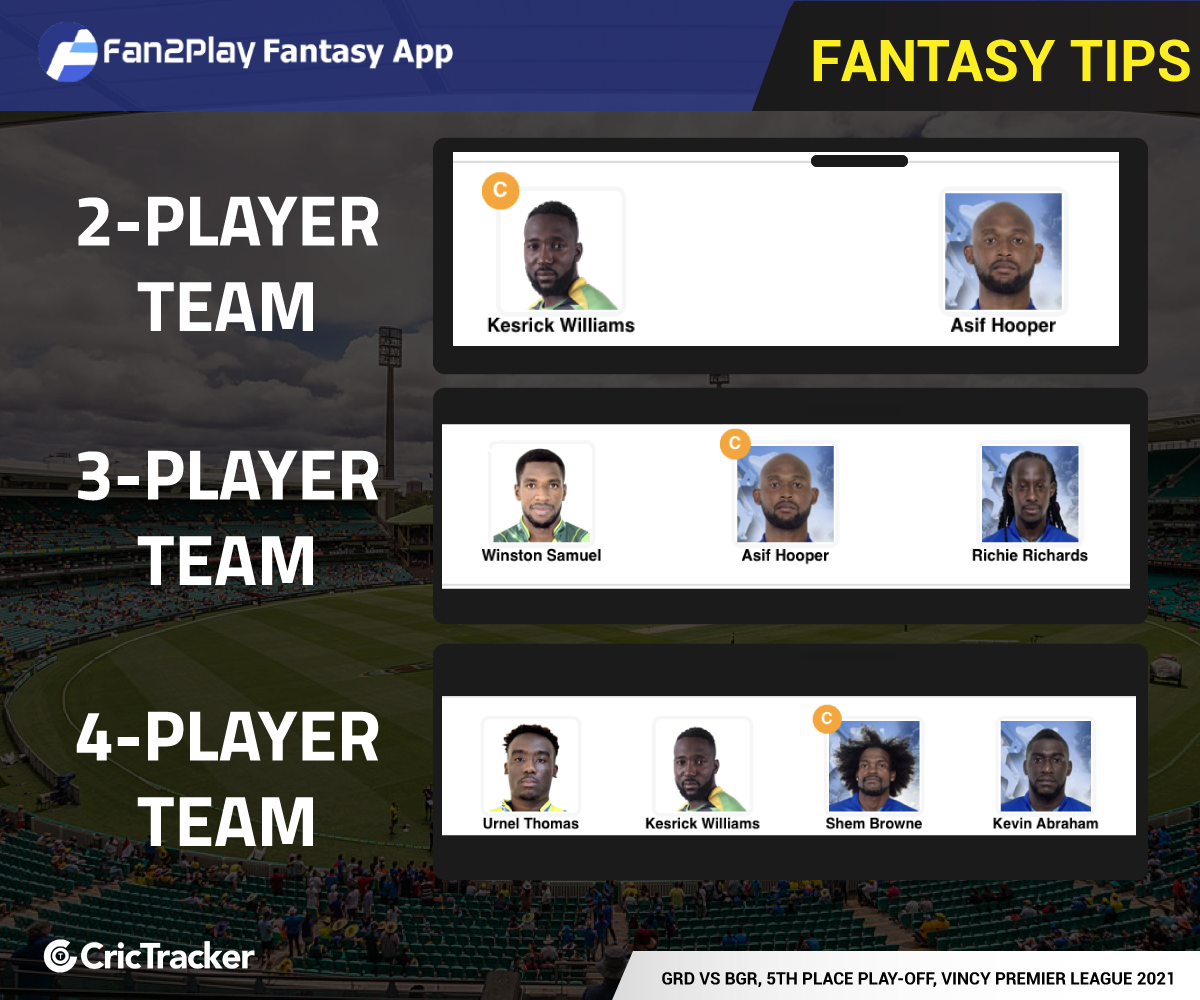 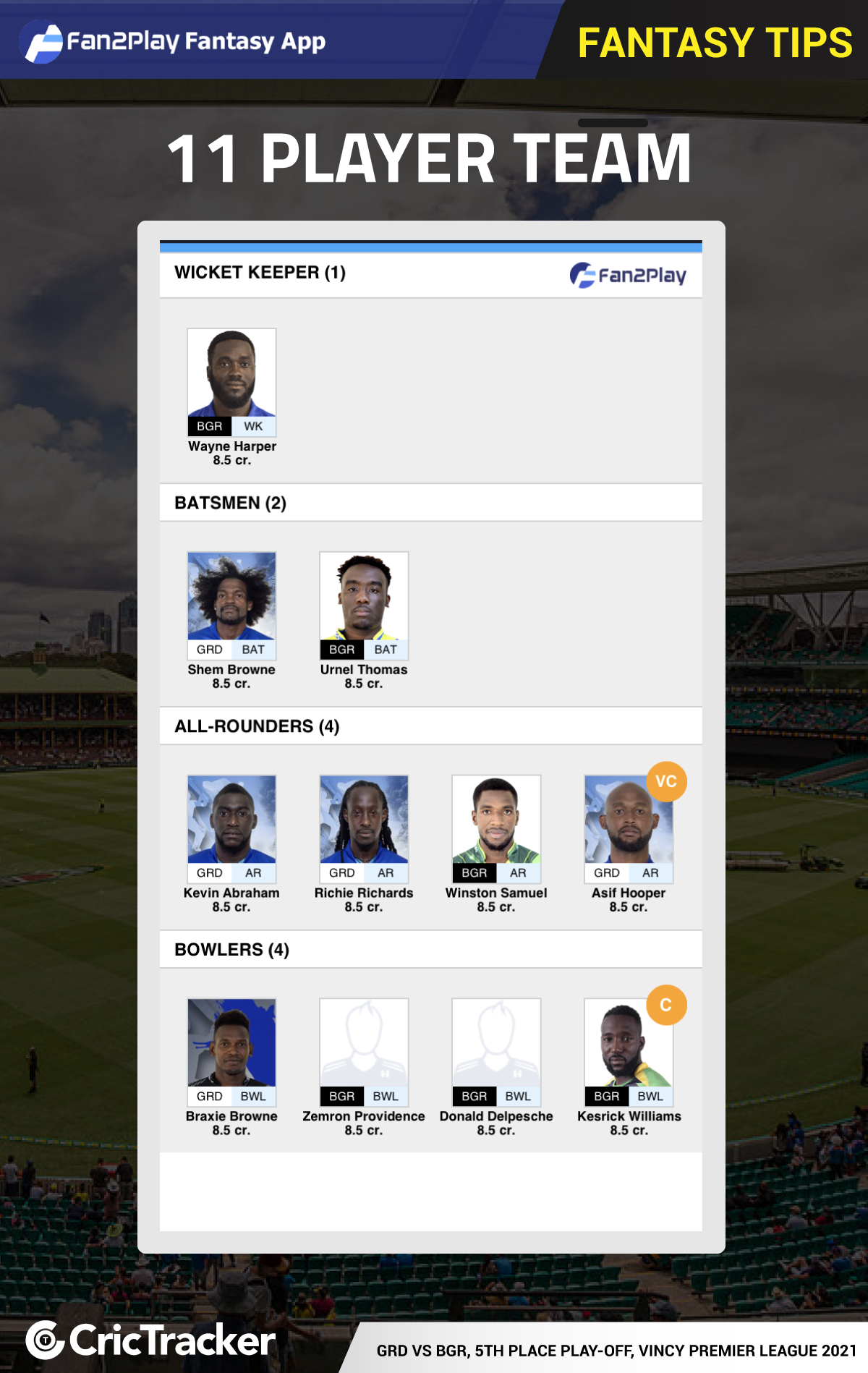