Greatest players in the history of IPL #7 - David Warner

Greatest players in the history of IPL #7 – David Warner

No expert believed his SRH unit had the mettle in them to go all the way in 2016, but Warner led by example with the bat and Sunrisers Hyderabad were crowned champions.

Australian swashbuckling batsman David Warner has been in the news for all the wrong reasons following the ball-tampering scandal. But for a few minutes, let’s keep that aside and look back at how terrific he was in the IPL. The only foreign player to amass over 4,000 runs, Warner’s metronomic consistency continues to mesmerize people.

Warner’s IPL career kick-started with the Delhi Daredevils, who bought his services in the 2009 auction. His first season didn’t progress the way he would’ve loved, but it wasn’t bad either. He broke into the limelight with a scintillating century in 2010 season and amassed 286 runs. The next season was pretty similar, where his contribution was decent for the side, but not as menacing as one expects from Warner.

It was the 2012 edition which well and truly marked the arrival of David Warner in the IPL. Delhi Daredevils were on roll that season and at the top, Warner was going bonkers alongside Virender Sehwag. He played just 8 matches but registered 256 runs at a scintillating strike-rate of 164. Delhi topped the league table but failed to reach the finals that season.

David Warner was just about taking giant strides in the cricketing world and was earning a reputation as one of the best in the business. He solidified that status with another powerful performance for the Daredevils in 2013, where the southpaw clobbered 410 runs and it was the first time he had played all the league games for the club.

The undisputed leader of the Orange Army!

Warner’s performances went another notch higher when he signed up for the Sunrisers Hyderabad in 2014. The Australian pocket-size dynamo was at his devastating best ever-since he was roped in by the Sunrisers and the amount of consistency he has shown during his stint with the Orange Army will be remembered for a long time to come.

After registering 528 runs in his first season, Warner was appointed as the captain in the 2015 edition. Many people ridiculed his credentials as a skipper, but the way he led the Sunrisers redefined the term “Aggressive leadership”. Sunrisers came agonizingly close to entering the playoffs, but their dreams got shattered in the final league match against Mumbai Indians. Nevertheless, his 562-run tally earned him his first Orange Cap.

The 2016 season was probably Warner’s best in his IPL career. No expert believed his SRH unit had the mettle in them to go all the way, but Warner led by example with the bat and in the most unexpected way, Sunrisers Hyderabad were crowned champions. Warner registered a whopping 848 runs, which happens to be the second-best individual run tally in a season. Kohli’s unmatched 973-run performance went in vain that season as the SRH came to their backyard and thumped Royal Challengers in the final.

Sunrisers had earned a great amount of stardom thanks before the 2017 season commenced and a whole of credit goes to Warner. Without a shadow of a doubt, he’s Sunrisers best player ever since their franchise came into the picture. He also became the first player in IPL history to register 500+ runs in 4 consecutive seasons, collecting 641 runs in the 10th edition of the tournament.

Sunrisers reached the playoffs but lost the Eliminator to Kolkata Knight Riders that season. Still, Warner was at the helm of things yet again and won the Orange Cap for the second time in three seasons. It is Warner’s ability to churn such big knocks at massive strike-rates consistently that amazes people. Without many debates, David Warner takes the 7th spot on this list and his record justifies his position. 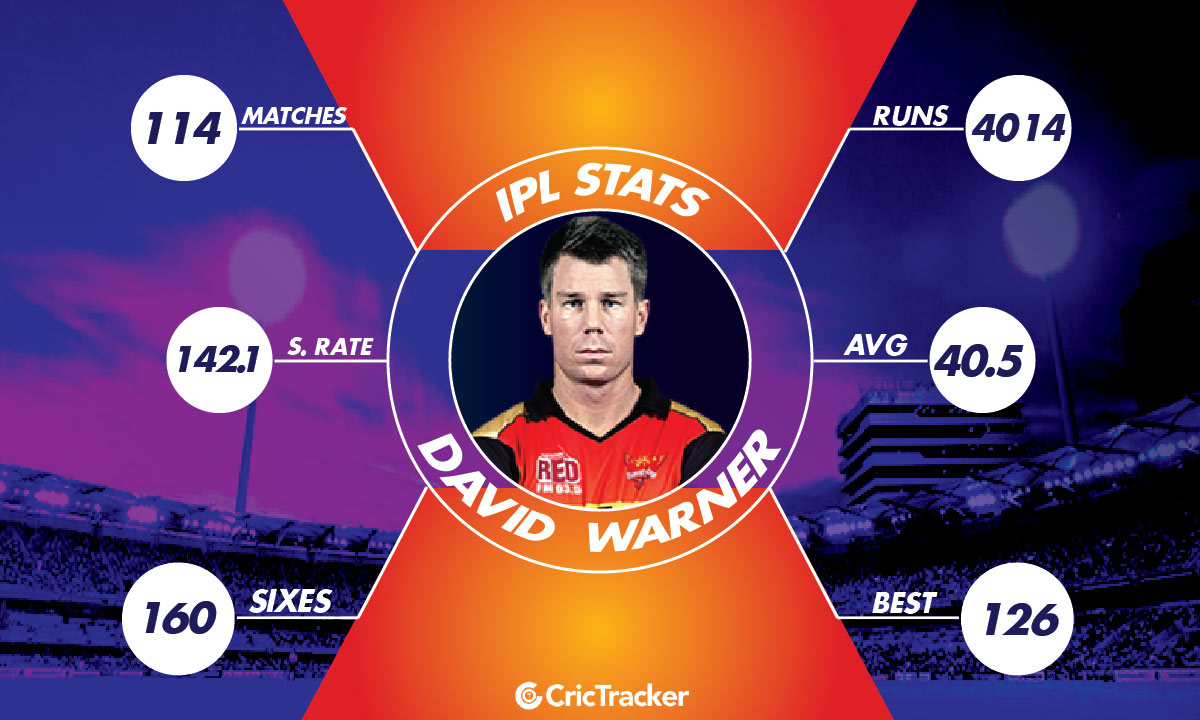 To know the other top 6 best players in IPL history, stay tuned to Crictracker.