Christina Gough is a good captaincy pick for this game.

Germany Women will host neighbours France in the first two T20Is of the five-match series on Thursday (July 8). Both games will take place at the National Performance Centre in Krefeld.

While the opening clash will get underway at 2:30 PM IST, the second game has a start time of 6:30 PM IST. Fans can switch to European Cricket Network for live action.

Both these teams haven’t played T20Is since a while now, and it would be interesting to see how they perform in this series. Germany Women’s last T20I outing was back in August 2020, when they toured Austria. The series proved to be fruitful for the German as they registered a 5-0 whitewash. They would certainly be determined to put up a similar show.

On the other hand, France Women’s last assignment in the 20-over format was in 2019. Hence, they have to start all over again in the upcoming series. They should definitely consider their series as a preparation opportunity for the T20 World Cup Europe Qualifiers.

Captaincy Picks for GRW vs FRW:

France all-rounder Jennifer King is a veteran of just six T20Is but she has managed to showcase her prowess. King has so far scored 101 runs in just 4 innings at an average of 50.5. She has also picked up 7 wickets at an economy of 4.23. Hence, the German team must find out a way to tackle her.

Gough will be the player to watch out for from the German camp. Like King, Gough is also an all-rounder who can contribute with his three-dimensional abilities. Having represented Germany in 13 T20Is, the star player has scored 390 runs alongside picking nine wickets. Hence, the home team must be counting on her. 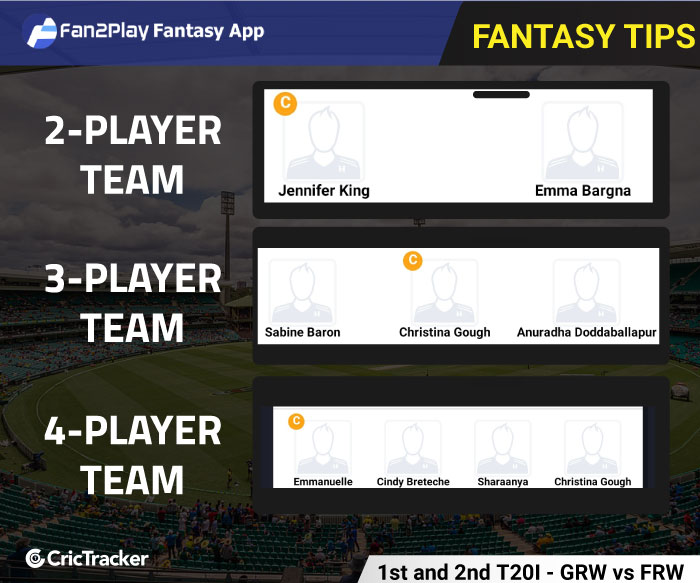 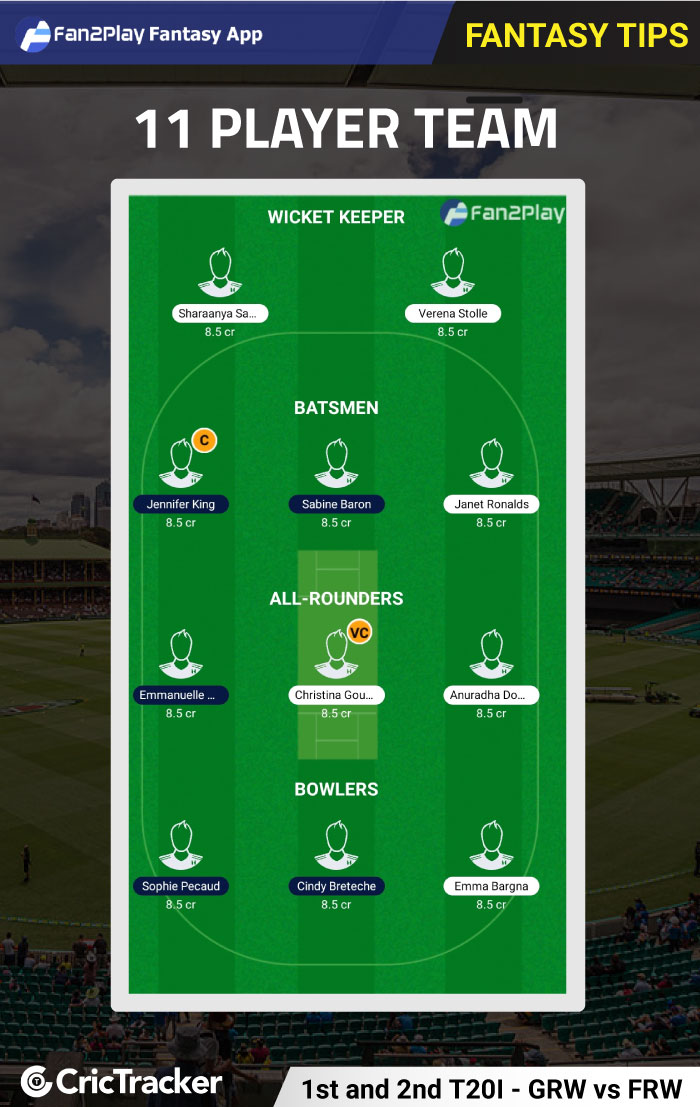