Gujarat are expected to regster their third straight win by beating Himachal Pradesh.

The Elite C Group match of the Syed Mushtaq Ali Trophy 2021 will be played between Baroda and Himachal Pradesh at the Moti Bagh Stadium in Vadodara.

Gujarat have got themselves to a brilliant start in the 2021 edition of the Syed Mushtaq Ali Trophy. They have won both of their opening games and can be considered as a title-contender. In their first game, Gujarat defeated Maharashtra, while they thrashed Uttarakhand in the second game.

Their next opposition, Himachal Pradesh also had a decent start to their season as they defeated Chattisgarh in their first game. However, the joy was shortlived as Baroda got the better of them just a couple of days later. They will be aiming to get back to winning ways, but Gujarat is arguably the toughest opponent to beat from their group.

GUJ vs HIM Weather Report:

The weather will be ideal for a game of cricket, as the temperature will be 26 °C during the game and chances of rain will be nil.

The track here at Moti Bagh Stadium will suit the batsmen more than the bowlers. However, batting will be a bit difficult in the second innings.

Reports: Indian players to clean their own toilets in the team hotel in Brisbane

GUJ vs HIM Top picks for Today’s Dream11 Match:

Axar Patel has picked up one wicket and has also scored 30 runs in the first two games. While his numbers might not bee too appealing, he is an experienced all-rounder and can be a good shout for captaincy.

Priyank Panchal has scored 66 runs in the first couple of games at an average of nearly 30. He has a strike rate of over 125.

Arzan Nagwaswalla has been Gujarat’s star performer in the first couple of games. He has picked up 8 wickets and has maintained an economy rate of just over 5 runs per over.

Skipper Rishi Dhawan has got off to a good start in this competition with the ball. He has picked up 4 wickets in the first 2 games.

Suggested Playing XI No.1 for GUJ vs HIM Dream11 Fantasy Cricket: 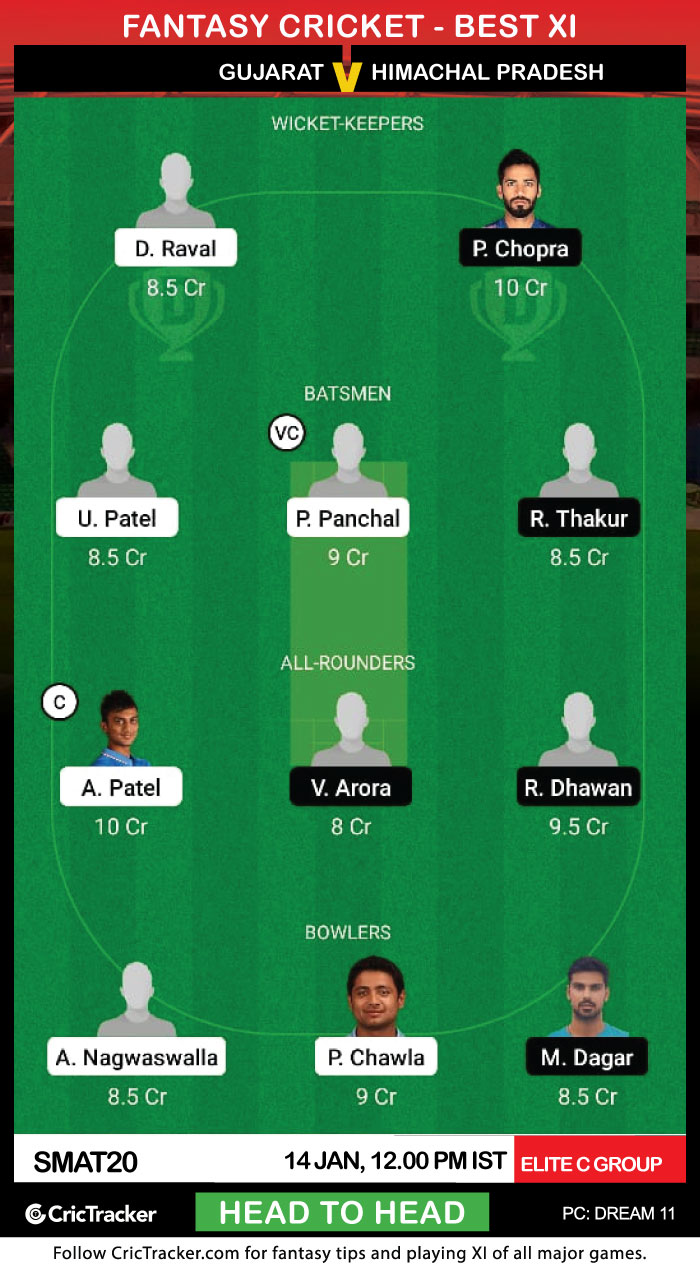 Suggested Playing XI No.2 for GUJ vs HIM Dream11 Fantasy Cricket: 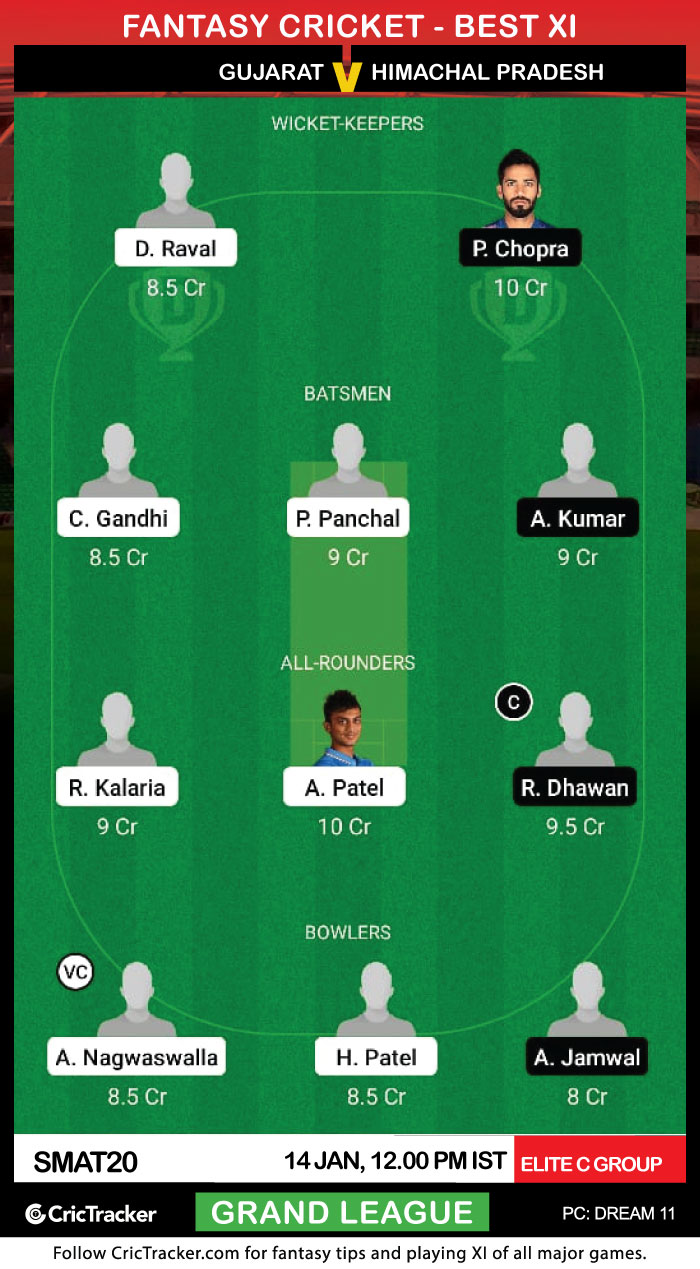 Ayush Jamwal has picked up only one wicket, but he has maintained an economy rate of under 7 runs per over. He has also scored 12 runs and can be a good budget pick at only 8.0 Cr.

Today’s GUJ vs HIM Probable Winners:

Gujarat are expected to win this game.