Nicholas Pooran can be a good pick for this match. 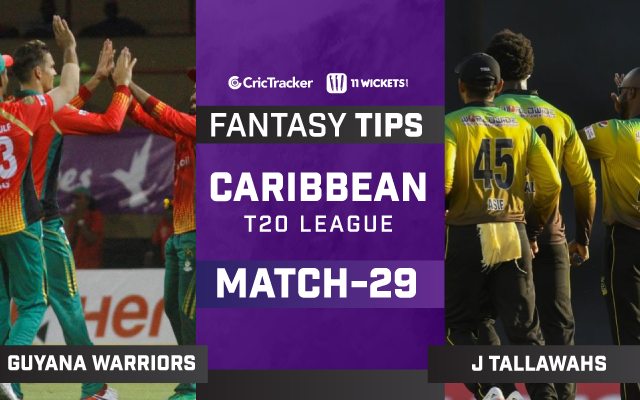 Guyana Amazon Warriors and Jamaica Tallawahs will battle it out against each other in the Match 29 of the Caribbean T20 League. The former are placed in the third position of the points table. They have won five matches from the nine that they have played.

Jamaica Tallawahs find themselves in the fifth position of the points table. They have secured victories in four matches from the nine that they have played. In the last encounter between these two teams, Guyana Amazon Warriors had won the match.

The batters will have to spend some time on the pitch and then build on their innings. As the game progresses, the spinners might prove lethal on this surface.

Also Read: ‘I’m really excited to get back in UAE’ – Trent Boult ahead of second phase of IPL 2021

Shadab Khan told me to avoid social media and concentrate on the game: Haris Rauf

T20 World Cup 2021: Hardik Pandya bowls in the nets prior to India’s match against New Zealand

Nicholas Pooran has been exceptional for the Guyana Amazon Warriors. In the tournament so far, he has chipped in 228 runs. In the last match, he played an impressive knock of unbeaten 75 runs.

Andre Russell comes in handy with his all-rounder abilities. He has picked up nine wickets and has scored 141 runs in the tournament so far. In the last match, he picked up two wickets.

Migael Pretorius has scalped 16 wickets for the team in the tournament so far. He will be determined to perform well for his side. 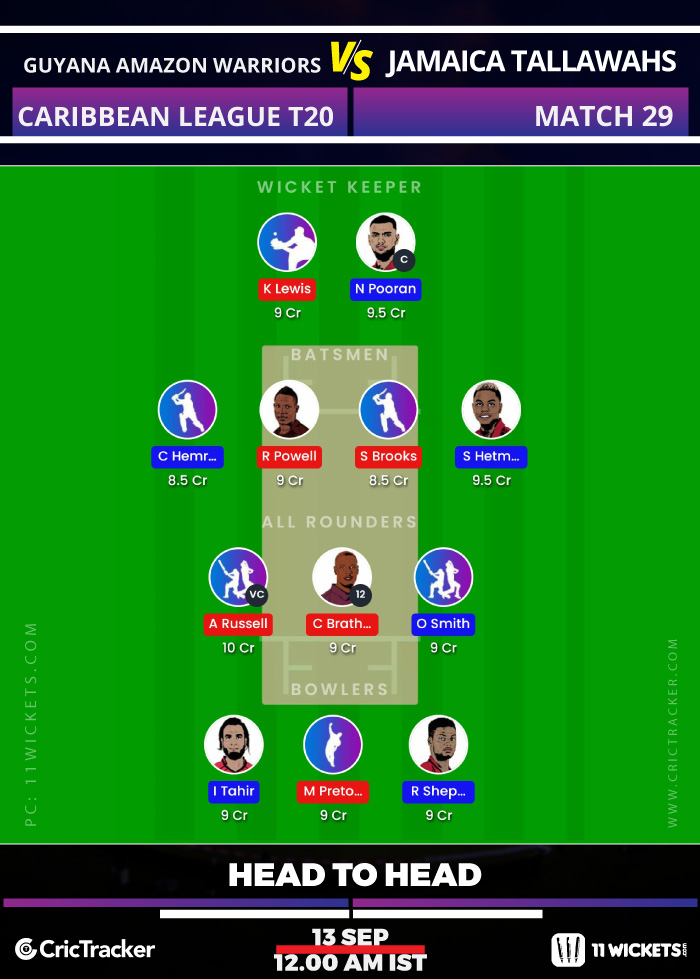 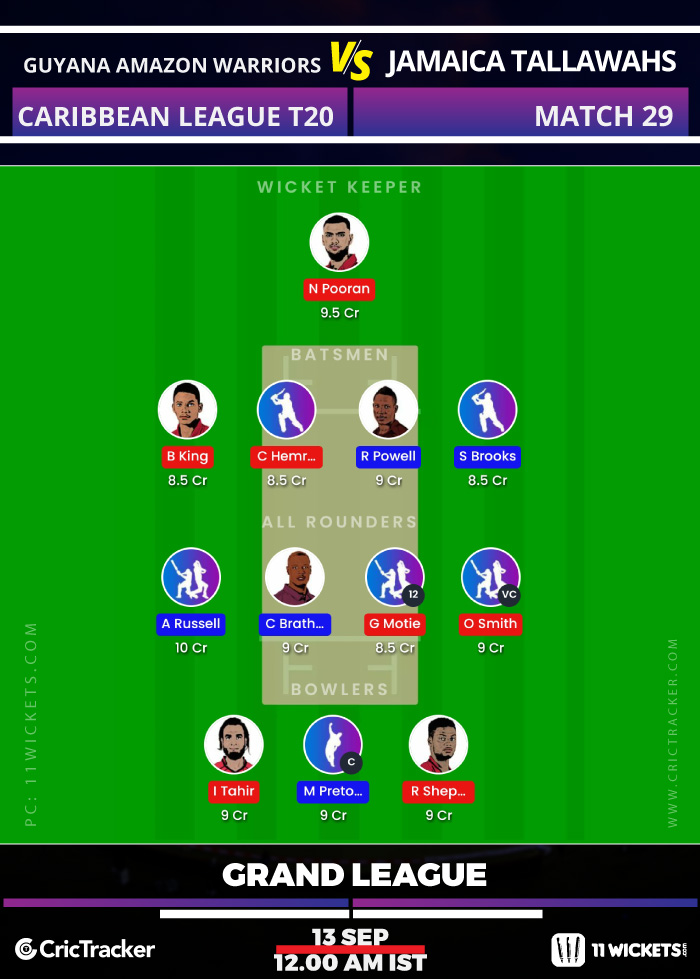