Romario Shepherd can be a good pick for this match. 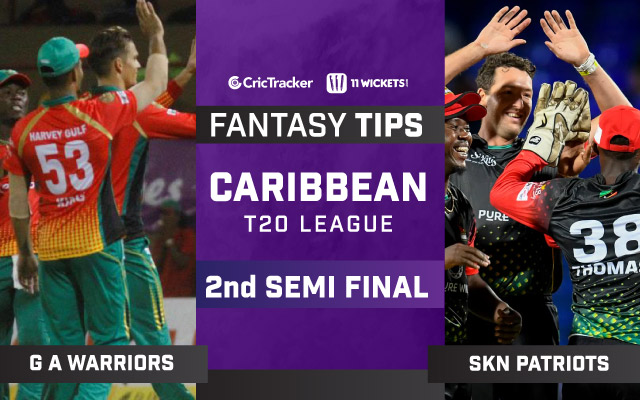 Guyana Amazon Warriors and St Kitts and Nevis Patriots will battle it out against each other in the second semi-final of the Caribbean T20 League 2021. The former find themselves in the second position of the points table with 12 points to their account. They have won six matches from the ten they have played.

St Kitts and Nevis Patriots, on the other hand, are placed in the third position of the points table. They have secured victories in six matches out of  the ten that they have played.

The pitch is expected to be inclined towards the batters. On winning the toss, opting to bat first can be a good alternative.

Romario Shepherd has scalped 18 wickets and scored 108 runs in the tournament so far. In the last match, he picked up three wickets and also played a belligerent knock of 72 runs.

Odean Smith struck with three wickets in the last match. In the tournament so far, he has clinched 16 wickets. He can be a good pick for this match.

Evin Lewis has smashed 343 runs in the tournament so far. He will be keen to perform well for the side in this crucial encounter. 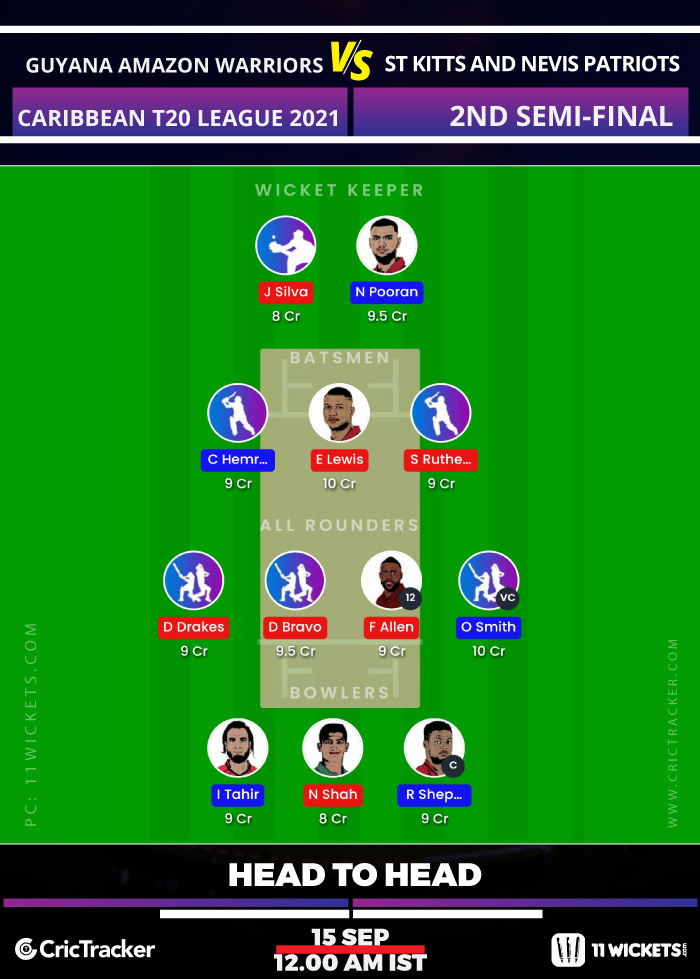 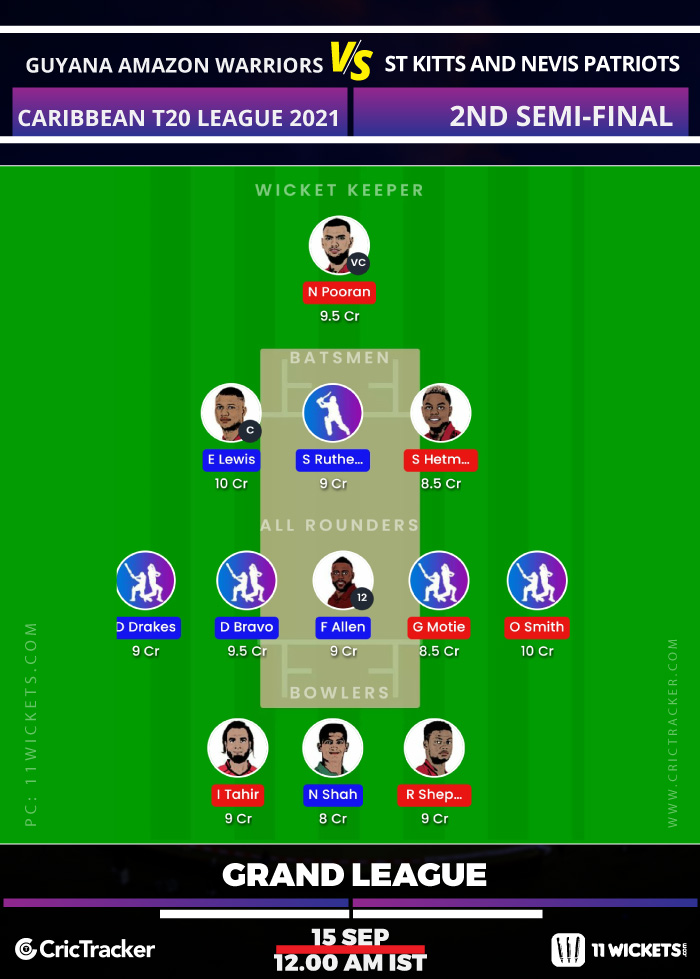