Katie Gurrey scored two centuries and 4 fifties across 10 matches during the league stage.

The Final of the Hallyburton Johnstone Shield 2019-20 will be played between Northern Districts Women and Auckland Women at the Seddon Park in Hamilton.

The Northern Districts Women will host Auckland Women in the final of Hallyburton Johnstone Shield 2019-20 on Saturday. The Northern Districts finished as the table-toppers by winning 8 matches by Auckland won six. The Auckland Women made it to the final in two of the last three Domestic One-Day tournaments including the last edition. However, they ended up as the runners up on both instances. Auckland will look to change that this time around with the inclusion of some big names. Their batting will now be boosted by the inclusion of Lauren Down, Katie Perkins and skipper Anna Paterson.

Hamilton’s Seddon Park is expected to witness pleasant weather during the final without causing any interruptions.

The Seddon Park in Hamilton could well produce seaming tracks at times but is quite slow when it comes to Women’s matches. The three recent matches hosted by the venue recorded totals under 200. The game between Northern Districts and Auckland earlier in the tournament was won by the hosts while defending 193.

Anna Peterson scored 153 runs across 4 innings with help of an unbeaten hundred. She also claimed 10 wickets in six games including a 4-wicket haul. The Northern Districts’ captain Felicity Leydon-Davis has scored 297 runs with help of two fifties and picked up 5 wickets in the seven innings she bowled in the tournament. 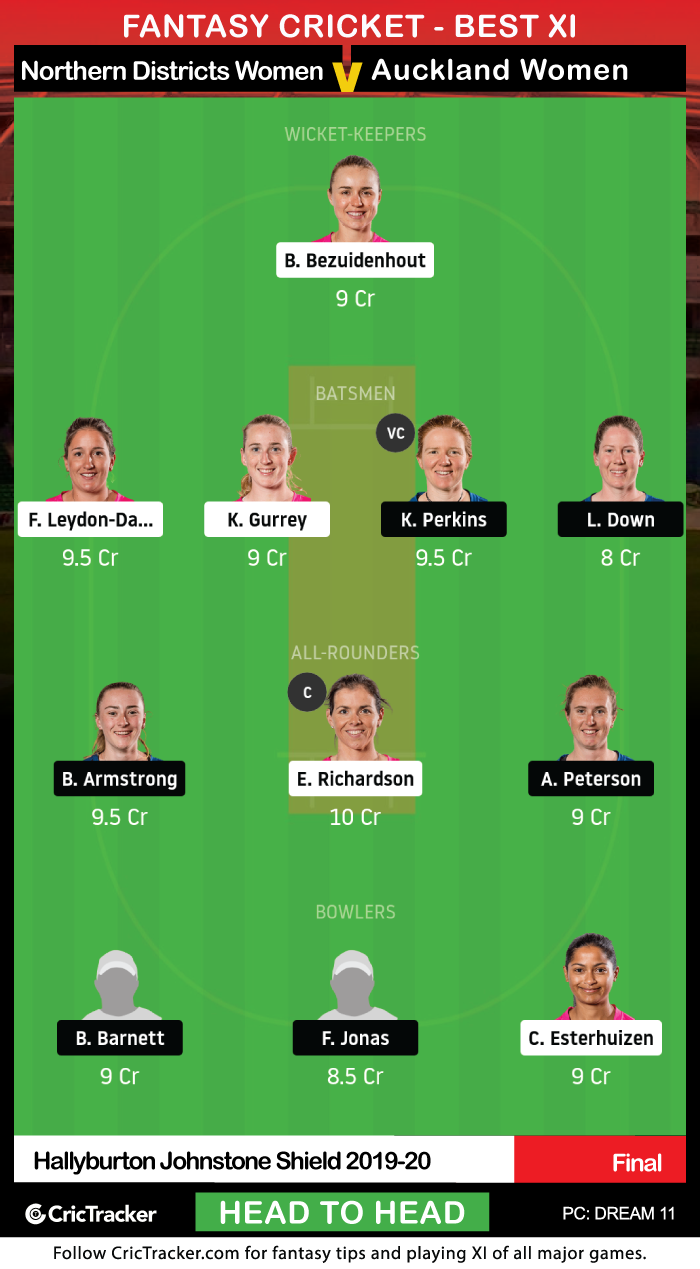 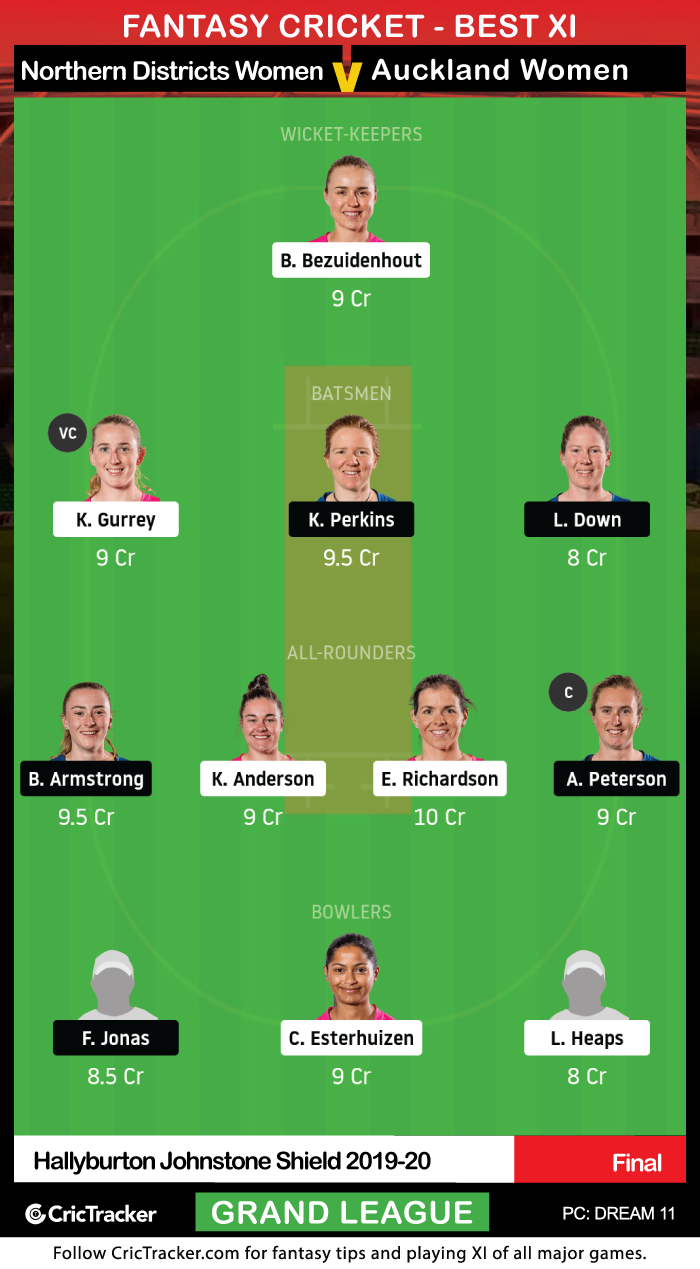 The suggested playing XIs provided by us have a lot of players similar. It is a reflection of their performances and the impact they are likely to have in this match. Most of them are returning after being part of the Women’s T20 World Cup in Australia and they were added to Dream11 only on the eve of the final.

Northern Districts have more inform players compared to Auckland and will have an edge in this match.