Heading into this match, both sides will aim to put their ‘A’ game to the fore.

Northern Brave Women and Central Hinds Women will lock horns with each other in the Match 11 of the Hallyburton Johnstone Shield 2021-22. The former has played just one game in the tournament so far against the same opposition and faced defeat by 87 runs. They will look to settle the scores this time around.

Central Hinds, on the other hand, have played five matches in the competition so far. The team has managed to secure a win in just one game. Heading into this match, both sides will aim to put their ‘A’ game to the fore.

The surface is expected to be a neutral one. As the game progresses, the pitch might get slower and the spinners could probably get some good assistance here.

IPL 2022: 4 players who took a pay cut in their salary from last season

MS Dhoni has been the mainstay of CSK, gets the best out of the team: CSK CEO Kasi Viswanathan

Skipper Kate Anderson chipped in 29 runs in the last match against the same opposition. Her contributions at the top order will be important for the side. She can be a good pick for this game.

Kayley Knight has scalped three wickets for the side in the previous game. She will be determined to take the good momentum further.

Mikaela Greig has been exceptional for the side. In 3 matches, she has smashed 124 runs in the tournament. In the last game as well, she played an impressive knock of 65 runs.

Jess Watkin has also been one of the impactful players on the side. She has picked up eight wickets in the competition so far. In the previous match, she bowled an economical spell, wherein she conceded 28 runs and clinched four wickets in her ten overs. 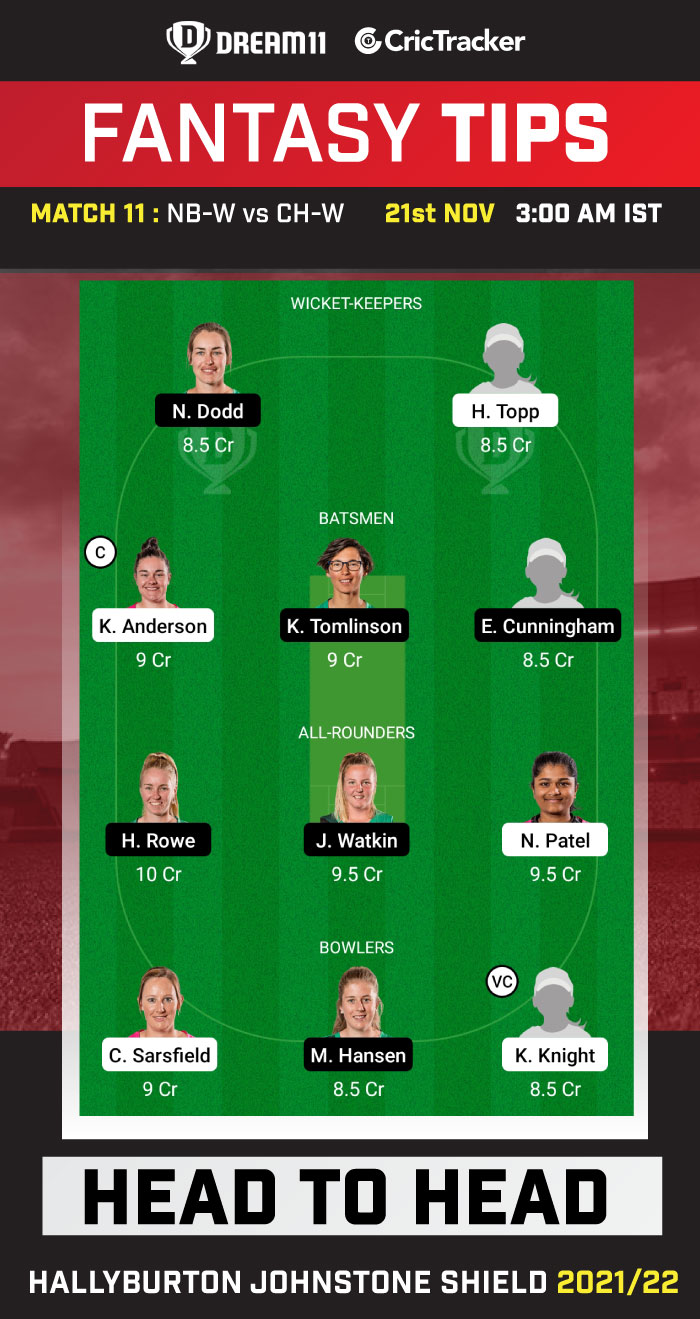 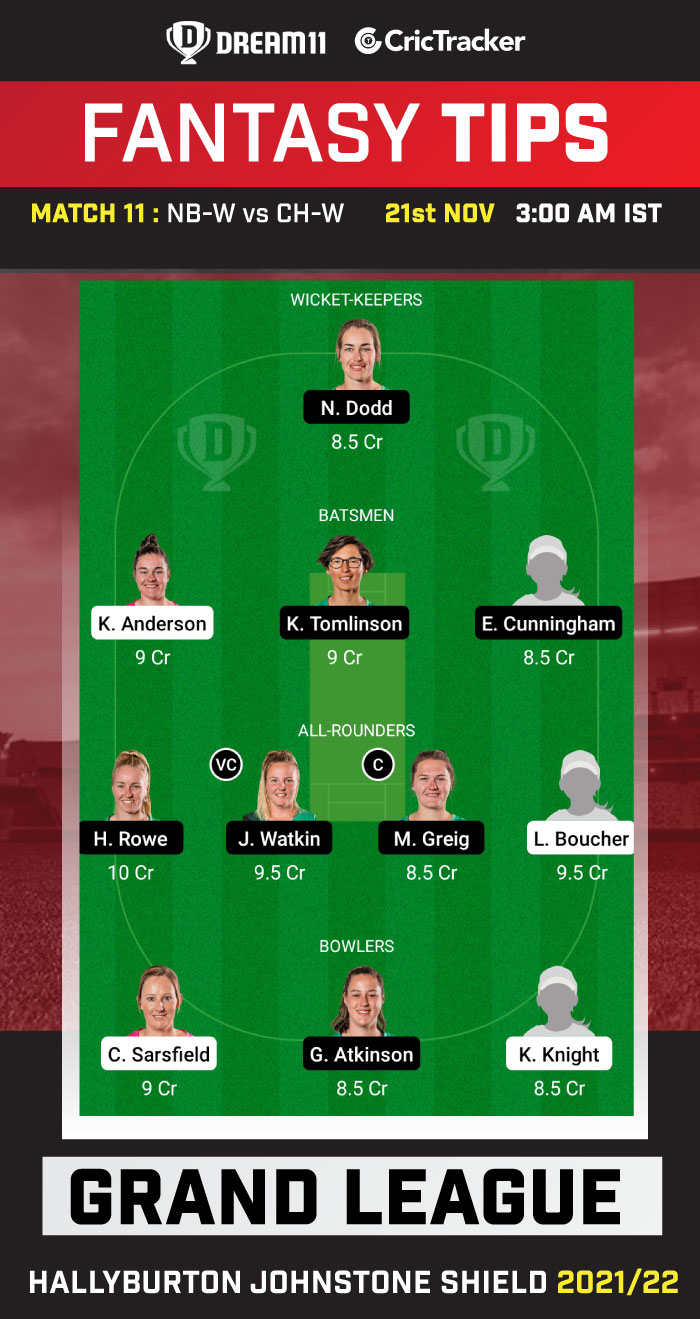 Central Hinds are expected to win this match.