James Vince is a good captaincy pick for this clash.

Hampshire and Essex will face off against each other in the upcoming South Group encounter of T20 Blast 2021. This match will be played at the Rose Bowl in Southampton.

This encounter will begin at 6:30 PM IST and will be streamed live on FanCode.

Essex have blown hot and cold this season and would like to put up a substantial show in this contest. With five wins in 12 games, the Simon Harmer-led side are currently holding sixth place in the South Group team standings. Their last assignment in T20 Blast 2021 saw them suffering a six-wicket defeat against Surrey. Hence, it would be interesting to see how they bounce back.

On the other hand, Hampshire’s campaign has been even worse. They lost one game after another and their position in the points table narrates the entire story. James Vince’s men are occupying seventh place, having won four of their 11 games.

Captaincy Picks for HAM vs ESS:

Vince’s return to the squad would be a massive boost for Hampshire. The veteran batter is one of the finest T20 openers going around and his record speaks volumes of his prowess. Moreover, he scored a match-winning century against Pakistan in his last assignment and wouldn’t mind playing another such knock.

Colin de Grandhomme is another player to watch for in this contest. The New Zealand all-rounder can serve in all three departments which makes him a captain’s delight. His form this season has been impressive as well. He has, so far, scored 101 runs and scalped wickets in T20 Blast 2021. De Grandhomme would certainly be determined to enhance his tally even further. 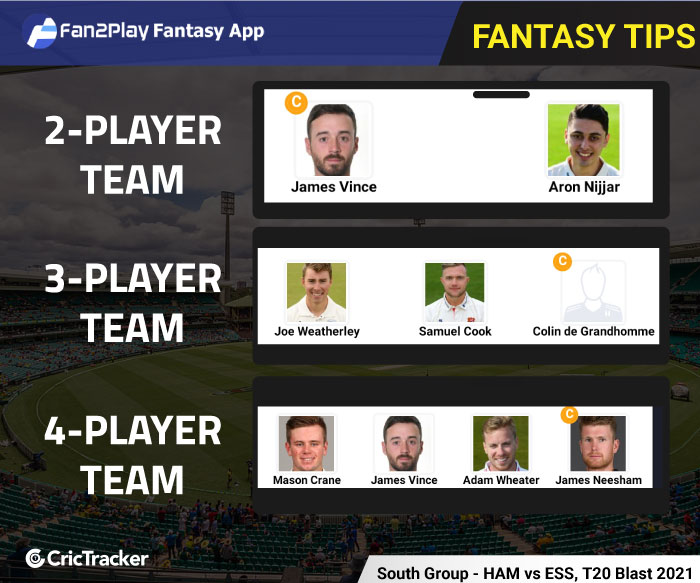 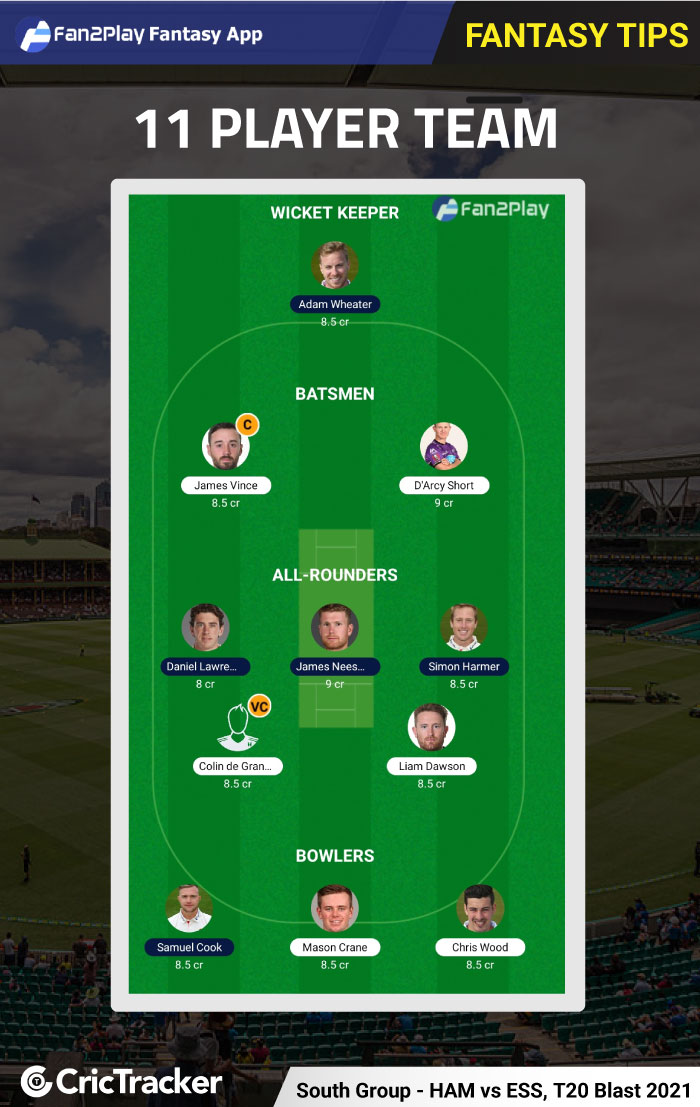