Melbourne Stars Women are predicted to win this match. 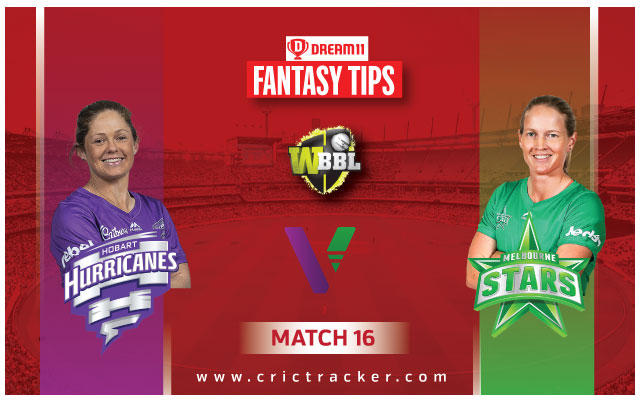 The 16th match of the Women’s Big Bash League (WBBL) 2020 will be played between Hobart Hurricanes Women and the Melbourne Stars Women at the Drummoyne Oval, Sydney.

With no victories to their name in the WBBL 2020 season so far, the Hobart Hurricanes Women and the Melbourne Stars Women will cross paths with each other in the 16th fixture. The Hurricanes have lost one match in this competition. And, two of their matches got abandoned due to rain.

Meanwhile, the Melbourne Stars Women have not played a full match this season thus far. All of their three encounters ended without producing a winner. Both teams would hope that there is minimal interference from the rain on Sunday afternoon in Sydney.

The rain gods are likely to spoil the proceedings in this match as well. The chances that the fans get a full 20-overs-a-side match are negligible. Sydney’s temperature will be around 18 degrees Celsius on Sunday afternoon.

Only one match of the WBBL 2020 played at the Drummoyne Oval has produced a winner. The Perth Scorchers Women defeated the Melbourne Renegades Women by 18 runs in that contest. The pitch looked good for batting as 167 runs were scored and only five wickets fell in that match.

Chloe Tryon seemed in good touch during her first two innings of this season. She has scored 46 runs so far in this tourney at a strike rate of 139.39.

Belinda Vakarewa will get much assistance from the cloudy weather in Sydney. She has picked up two wickets in two games, where her economy rate has been 6.16.

Meg Lanning looked in excellent touch in the only inning that she played in this season. She remained unbeaten on 51* against the Melbourne Renegades Women.

Natalie Sciver has not got a proper chance to showcase her talent this year. She has immense experience and can be backed to perform well for the Melbourne Stars Women. 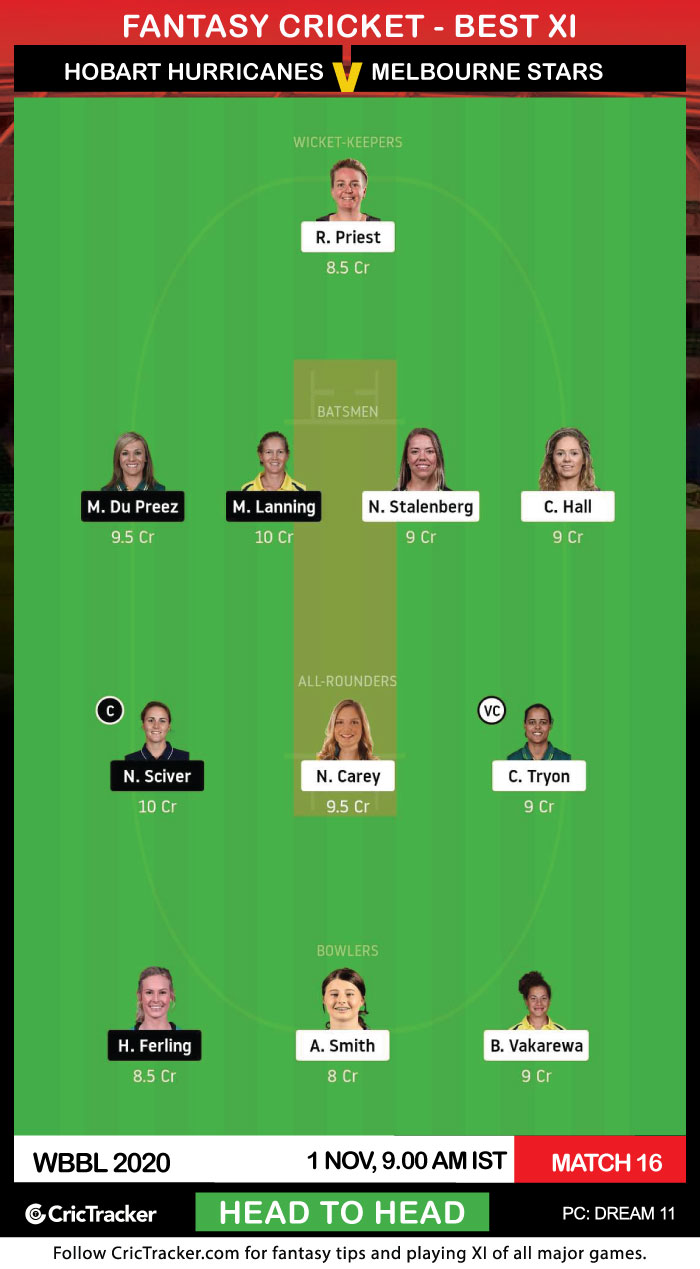 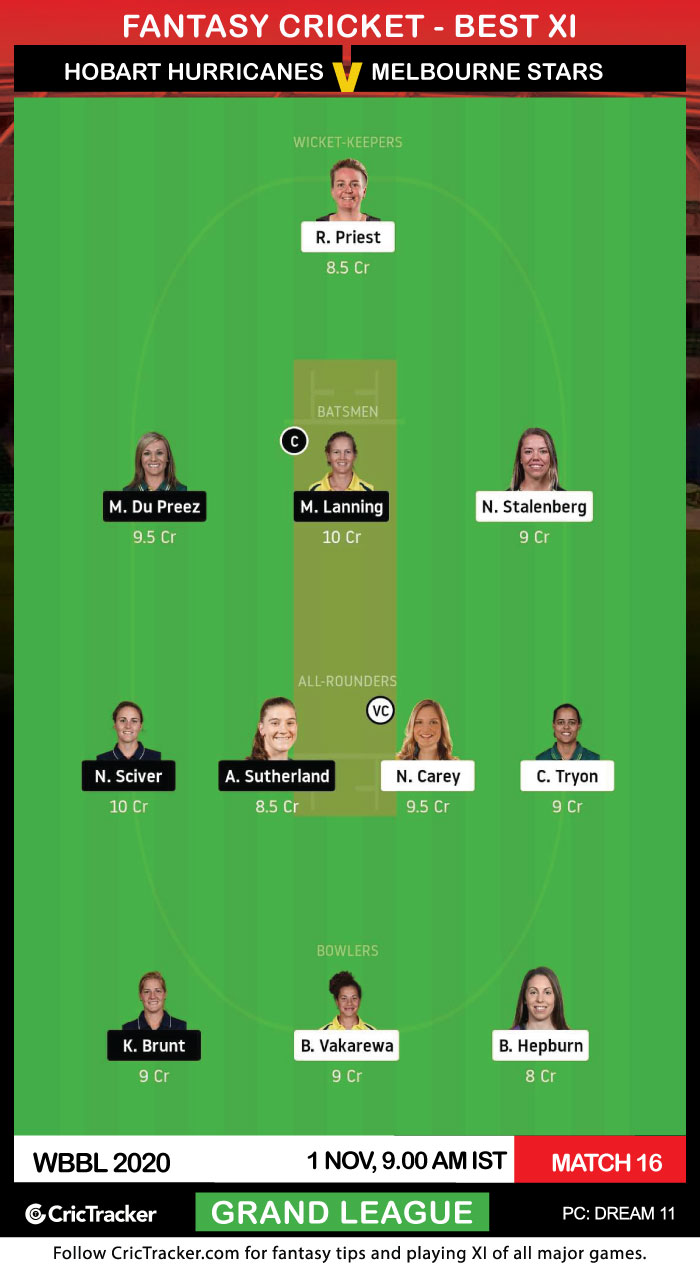 Mignon du Preez will be the wildcard choice for vice-captain’s role. She played a solid knock of 32 runs against the Renegades Women. The veteran South African can make a massive difference with her batting skills against the Hobart Hurricanes Women.

Melbourne Stars Women are predicted to win this match.