Alex Carey will not play this match for the Strikers. 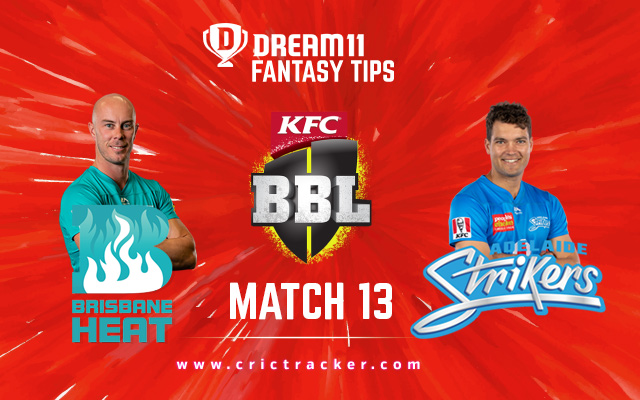 The 13th match of the Big Bash League (BBL) 2020-21 will be played between Brisbane Heat and Adelaide Strikers at the Gabba in Brisbane.

The match will start at 1:45 PM IST (6:15 PM local). It will be live on Sony Six and Sony Six HD. Live streaming will be available on Sony LIV.

The 13th match of the Big Bash League (BBL) 2020-21 will see the Brisbane Heat locking horns against the Adelaide Strikers on Wednesday. Both the teams are meeting each other for the first time this season and will be keen on earning crucial points from this match. The Heat, led by Chris Lynn, have lost both their matches so far and have only one point to their name thanks to Bash Boost rule.

Adelaide Strikers too are in a similar position somewhat. They have played three matches losing to Hobart Hurricanes and Sydney Sixers. They pulled one back on the Hurricanes in the return fixture but the team will have to be consistent in their trade to win more matches. COVID-19 outbreak in Sydney has led to borders being closed which has led to Alex Carey and Harry Conway not being available for this match for Strikers.

After a rather cloudy morning, things will be back to normal on Wednesday in Brisbane. Sun will be out when the match will start at 6:15 PM local time and there is no chance of rain whatsoever.

This is the first match of the season at The Gabba. Last season, the pitch here wasn’t at its best and a handful of low-scoring matches were witnessed. The surface will be fresh with this being the opening game of the season and the bowlers should be able to exploit extra bounce which is its true nature.

Alex Carey and Harry Conway of Strikers are unavailable for this match due to current border restrictions.

Jack Wildermuth is an exceptional all-rounder. He has played only one match and has scored 31 runs with the bat along with picking three wickets for Heat.

Chris Lynn played a brilliant knock of 69 runs in the last game. He has so far scored 89 runs in two outings and will open the innings again.

Matt Kuhnemann has bowled decently in two matches thus far conceding only 58 runs in seven overs and has accounted for two scalps.

Jake Weatherald is the man in form for the Strikers with 96 runs to his name in three matches with an unbeaten 68 being his best score.

Peter Siddle has picked six wickets in three matches but picked a five-wicket haul and didn’t do much in the previous game.

Daniel Worrall has emerged as a decent batsman despite being a specialist bowler. He has picked four wickets so far and also scored a fighting 62* in a losing cause in the Strikers’ opening game. 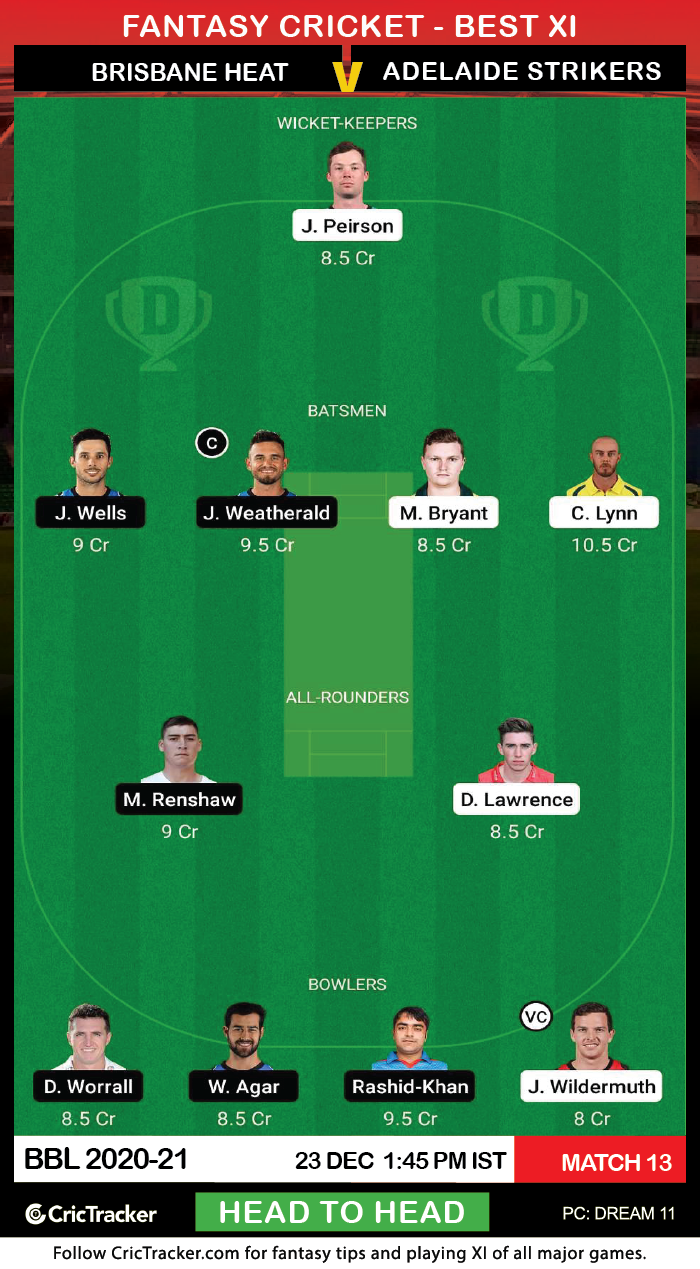 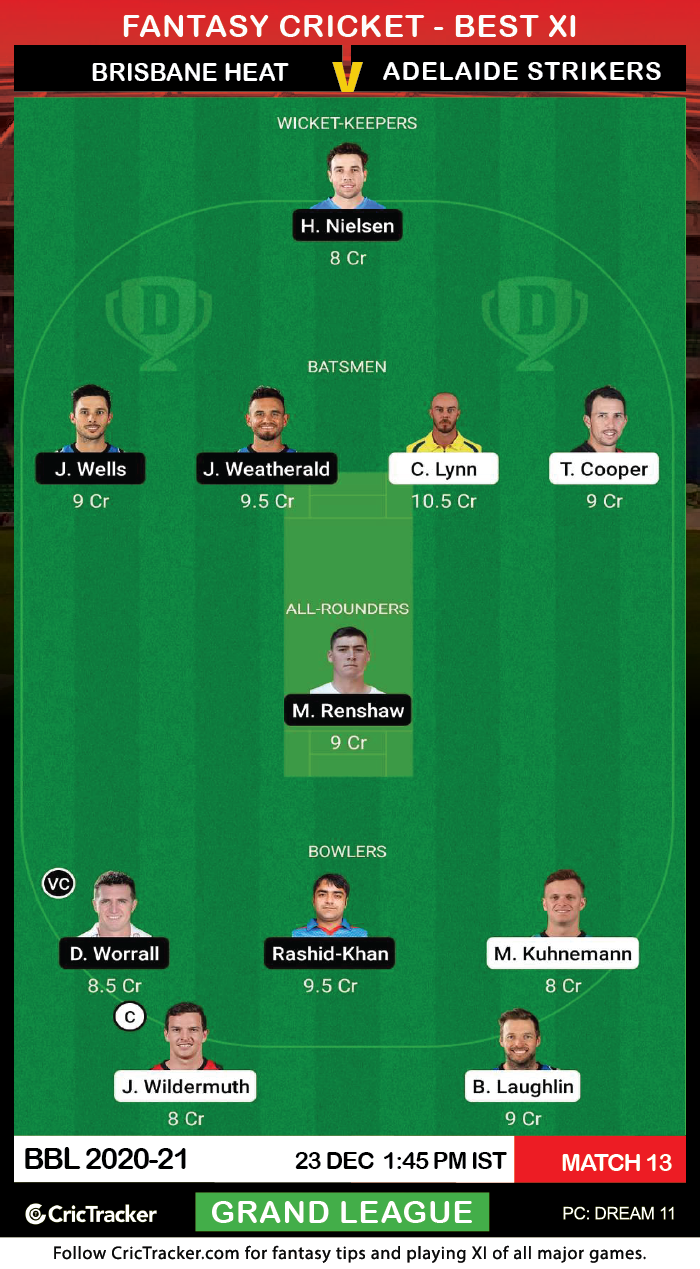 Alex Carey has been picked by more than 90% of users. But he will not play this match.

Making Chris Lynn is a pretty risky option as he is very much inconsistent. It is better to not make him C or VC for this match.