Pat Cummins and Co. won the Melbourne Test by an innings and 14 runs.

Australia, on Tuesday, December 28, took an unassailable 3-0 lead in their five-match Test series against England after winning the Boxing Day Test by an innings and 14 runs. Pat Cummins and Co. took a bit over two days to seal the fate of the third Ashes Test at the iconic Melbourne Cricket Stadium.

At the close of play on Day 2, the Three Lions trailed by 51 runs with six wickets left in their second innings. But Scott Boland, who made his Test debut at the iconic venue, broke the backbone of the Brits with a six-wicket haul. It took Australia only 12.4 overs to demolish the rest of the English batting.

Cameron Green picked up James Anderson’s wicket and made sure that England were bowled out for 68 in their second innings. Joe Root and Ben Stokes got into double digits, but they couldn’t carry on. The fourth and penultimate game of the ongoing Ashes is scheduled to begin on January 5 at the Sydney Cricket Ground.

How does the WTC points table look like after the 3rd Ashes Test Match?

The victory in the third Test meant that Australia are sitting pretty on top of the points table in the 2021-23 cycle of the World Test Championship. Cummins’ men have 36 points from three games with a 100 percent win record. On current form, they have every chance of bagging full 60 points from the red and pink-ball series.

The Brits, on the other hand, are placed at seventh with six points and a win percentage of 7.14. Moreover, they have also faced fines for slow over rates in the ongoing WTC. After the Aussies, features the Lankans at No.2 as they won both their Tests against the West Indies. 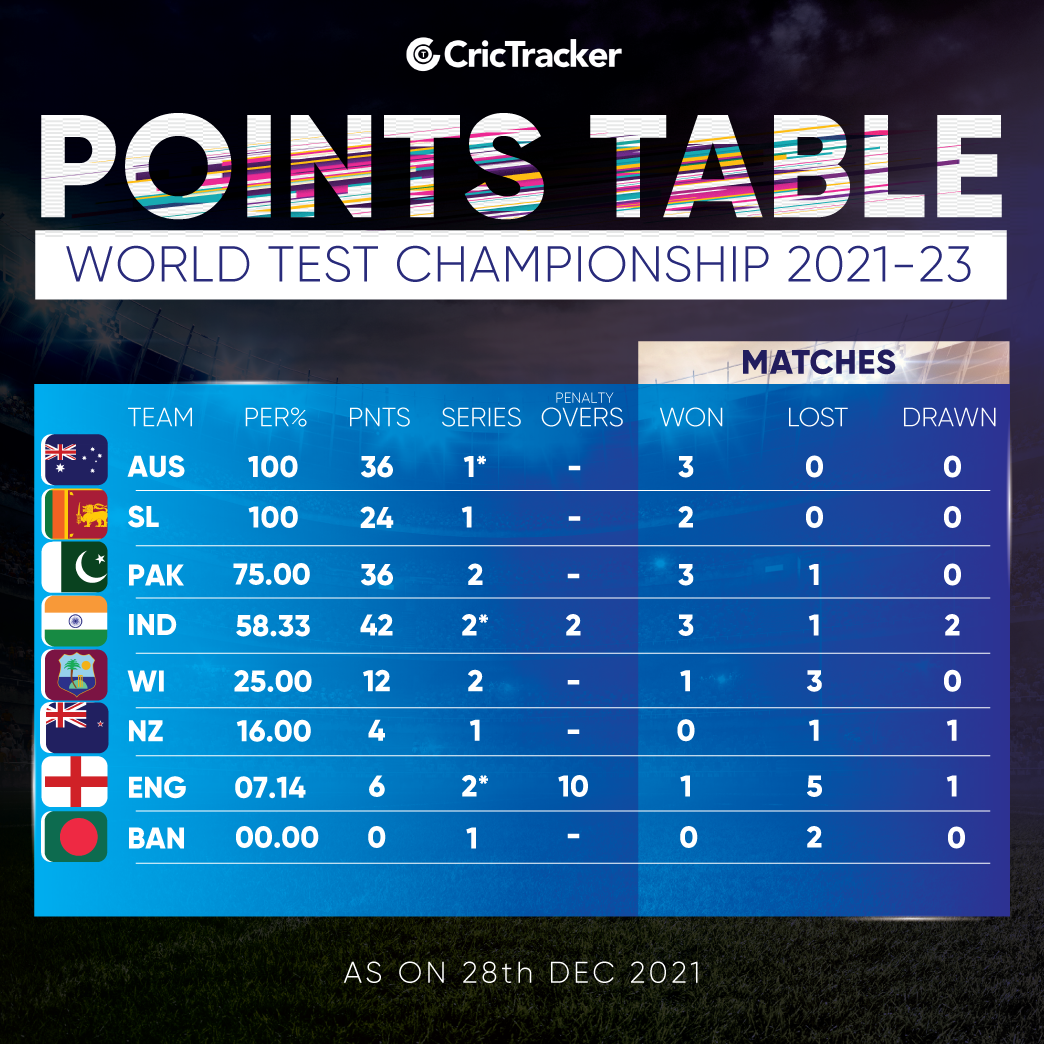