Here's how CSK can top the points table in IPL 2020

In a quest of seeing CSK on the top of the points tally, an ardent fan did all the calculations and shared the same on social media. 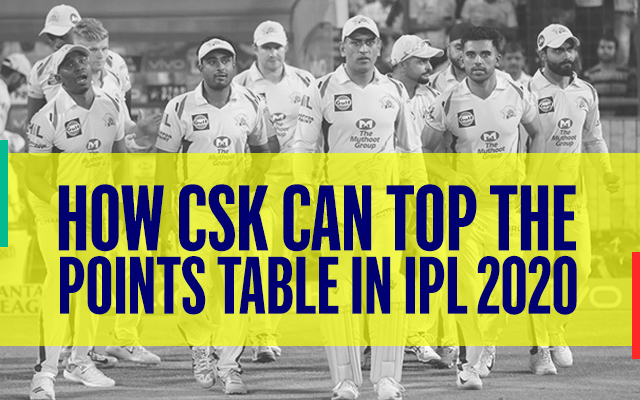 The three-time champions Chennai Super Kings (CSK) have been struggling to find the rhythm and the right playing XI in the 13th edition of the Indian Premier League (IPL 2020). The franchise seems to be lacking on all the three fronts be it batting, bowling, and fielding. So far, they have managed to win only three out of their total nine games played. In their most recent fixture in IPL, they saw a defeat against Delhi Capitals by five wickets in Sharjah after almost registering the victory.

The Yellow Army are now languishing at the seventh position in the points table. But the fans are still hopeful that their favourite Thala (MS Dhoni) can spark a turnaround from their next clash against Rajasthan Royals on October 19. However, it is no brainer that even after winning the rest of the five matches, CSK’s qualification in the playoffs will extensively depend on the performance of other teams in the T20 Championship.

In a quest of seeing CSK on the top of the points tally, an ardent fan did all the calculations and shared the same on social media. According to the fan’s calculation, CSK needs to register victories in all of its upcoming five fixtures with Rajasthan Royals, Royal Challengers Bangalore, Kolkata Knight Riders, Kings XI Punjab and Delhi Capitals. 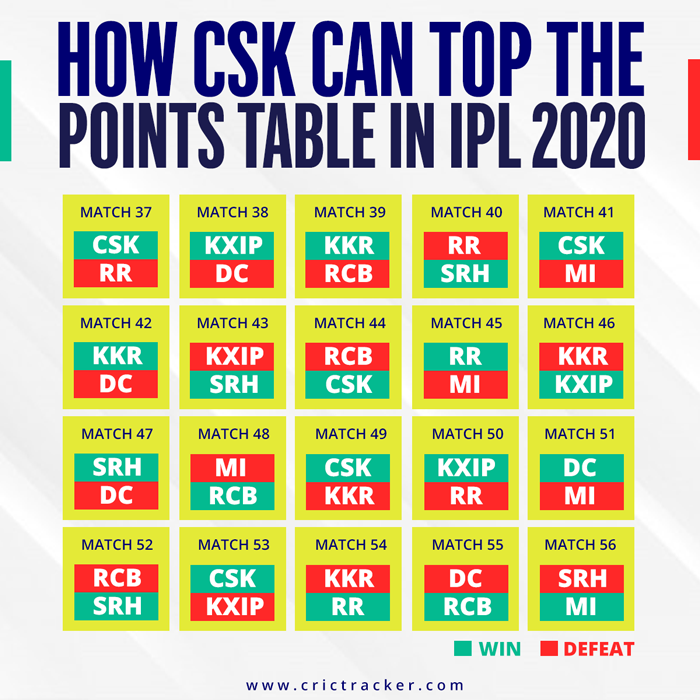 Meanwhile, the other franchises namely RCB and MI, who are currently placed at 3rd and 2nd place in the points tally with 12 points each, should lose all their upcoming matches except the fixture against Delhi Capitals and Sunrisers Hyderabad respectively. This would mean that the two will finish at the 3rd and 4th place with 16 and 14 points respectively.

Following this, the table-toppers Delhi Capitals will finish at second place while the wooden-spooners RR have to win only two of their next five games to remain at the same position. According to the user, the two teams who will qualify for playoffs along with CSK and DC are RCB and MI. KXIP, on the other hand, should finish at 7th place with 12 points after winning 3 out of their next five games. 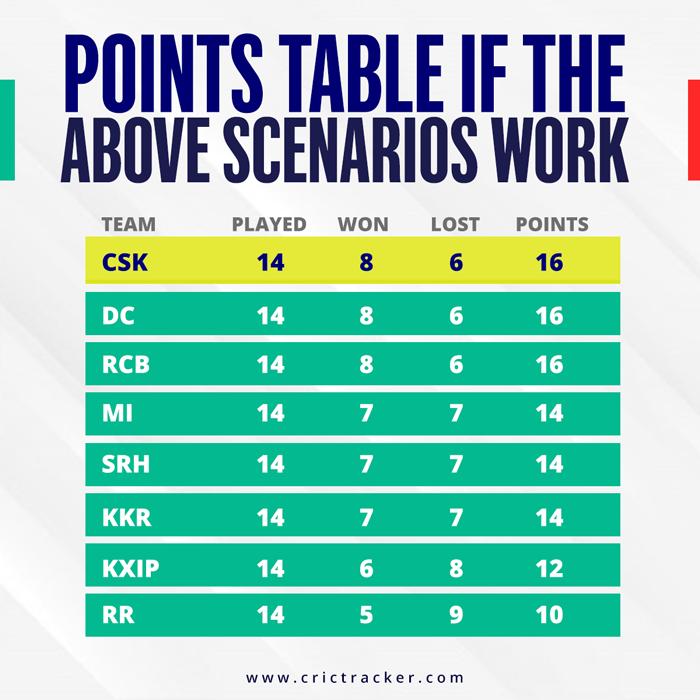