India have slipped to the fifth spot in the tally following the 2-1 loss against South Africa.

South Africa forged a brilliant turnaround to maintain their unblemished home record against India, as they won the third and final Test in Cape Town by seven wickets to pocket the three-Test series 2-1.

Going into the final day, Dean Elgar and Co. needed only 111 runs with eight wickets in hands, and they lost only Keegan Petersen in their attempt to seal the deal and add crucial World Test Championship points to their kitty.

Notably, India started the series on a winning note when they defeated the hosts in their fortress Centurion by 113 runs to take a 1-0 lead. Although, the Proteas defied all odds to script seven-wicket wins in Johannesburg followed by Cape Town to dent India’s ambitions of registering their maiden Test series win on these shores of the world.

“It’s a great spectacle of Tests for everyone to watch; hard-fought series. Great first game but SA did amazingly well,” Indian skipper Virat Kohli said after the loss. “In both Tests they won, they were clinical with the ball in crunch moments. Lapse of concentration cost us key moments and they seized those moments; absolutely deserving winners in the end. As I said, one of the challenges we’ve faced touring abroad is make sure capitalising on momentum, when we’ve done that we’ve won Tests away from home. When we haven’t, they’ve cost us quite bad.”

“Challenging your players within the group, need character to stand up. The way our bowling unit delivered throughout the series is brilliant. I threw down the challenge after the first game and the guys responded brilliantly. Got a young, talented group. Every day in this environment, we’re gaining this experience. Unreal to see how a group that doesn’t have the repertoire or names can gel together as one. Extremely proud of this group,” he added.

Meanwhile, with the series loss, India have slipped to the fifth spot in the WTC points table, with 49.07 PCT% and 53 points after winning four, losing three and drawing two encounters. India have been docked three points in the current cycle due to maintaining slow over rates. 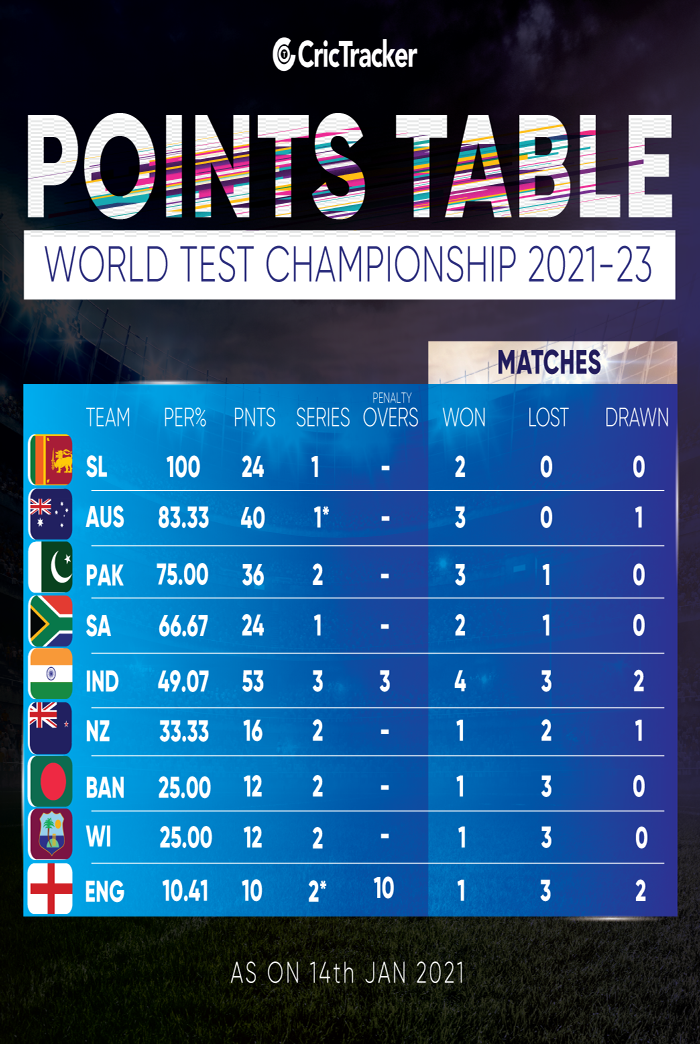