In the WTC, each team is slated to play six series, with each series counting for 120 points, distributed over the number of matches in a series.

The coronavirus outbreak had disrupted the international cricket scenario for the past few months. However, England and West Indies braced the field to set the ball rolling amid the COVID-19 pandemic.

It was the first instance of two international sides locking horns with each other as England and West Indies got involved in a thrilling contest at the Ageas Bowl in Southampton from July 8. The end result was West Indies clinching the Test by four wickets after hunting down the 200-run target on the fifth day. The win also gave West Indies their first points in the World Test Championship (WTC) points table.

The world witnessed a change in the WTC points table after a significant period as the Jason Holder-led side collected 40 points by registering a victory against England. West Indies are currently seventh in the WTC points table, ahead of South Africa and Bangladesh, who have registered 1 and 0 wins respectively.

Talking about England, they’re currently poised at the No.4 position with 146 points under their belt. They have achieved 146 points on the back of their 1 series triumph and five Test victories.

India is leading the WTC table with 360 points

The WTC table is led by India, who have lost only two Tests so far. The Virat Kohli-led side has registered 3 series victories and 7 Test wins till date, gathering 360 points. Australia are not far behind with 296 points to their name, clinching 7 Test wins and 2 series victories.

If two sides are tied on points, the team that won more series shall be ranked higher. If teams are still equal, then the team with the higher runs per wicket ratio shall clinch the higher spot in the points table.

Following England, Pakistan are currently sitting at the No.5 position with two Test victories and 140 points. After the England-West Indies series, Azhar Ali-led Pakistan are also scheduled to lock horns with the Three Lions in a three-match Test series.

Both Pakistan and England will aim to surpass each other in the WTC points table during the course of the Test series. Sri Lanka, who are yet to record a series triumph, are behind Pakistan at the No.6 position with 80 points. 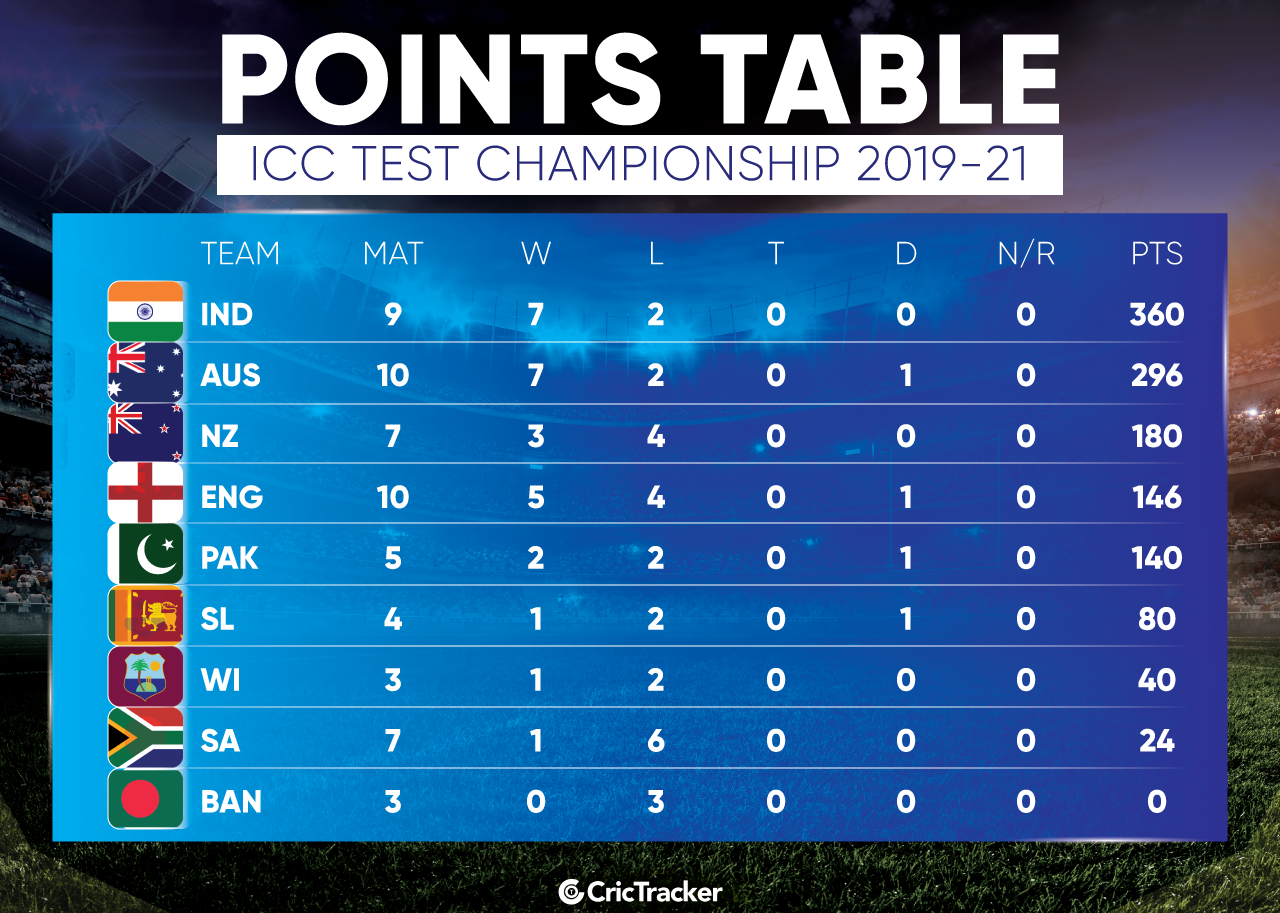