Continuing the number game about the Indian Premier League here is the Highest team totals in IPL History. Teams find it safe in T20 to post a big total and assume it to be par and bowl rather freely but, time and again even the highest of the totals is beaten. Long handles, big hitters, slogging combined with fast outfield and flat pitches, no team can expect their players to be dormant in their form during the play as the format runs on the principle “Do or Die”. Skippers don’t look comfortable with any sort of total posted on the board is the reason batsmen keep looking for the big shots right from the start till the very end. All these factors combine to give us “The Highest Totals of IPL” let’s start the count-down.

5. Delhi Daredevils.
As we being the “The Highest Totals of IPL” there is Delhi Daredevils at no. 5 who scored a mammoth of 231 in 20 over’s at the loss of just 4 wickets. In game against the Kings XI Punjab on April 23 2011 in Delhi were un-stoppable and went on to make the record 5th highest total in IPL. Scoring 231 was made possible by the blistering innings played by the Delhi openers David Warner and Virendar Sehwag. As both the openers scored 77 runs each and gave Delhi a real strong start and a platform for the incoming. At the end of the innings the run rate was at 11.55 which eventually proved too much for KXIP and DD won the match. 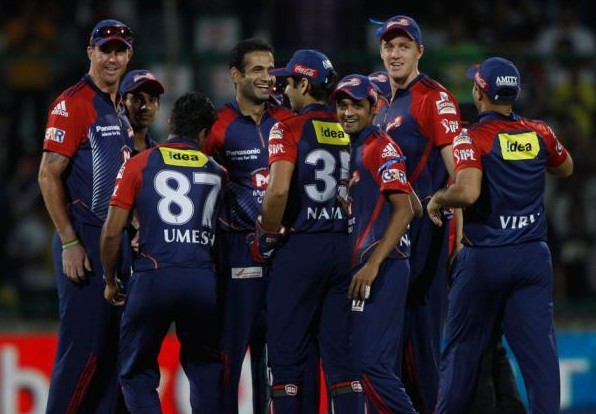 4. Kings XI Punjab
Kings XI Punjab who has been the biggest underperforming team but are really good on their day scoring 232 in 20 over’s losing 2 wickets against Royal challengers Bangalore on 17 May, 2011 in Dharamsala KXIP posted the 4th “The Highest Totals of IPL”. The unfathomable target was all due to the brilliant batting ability and the hard hitting strokes of then captain Adam Gilchrist. He scored 106 runs of 55 deliveries. Shaun Marsh also contributed quiet well in the game scoring 79 runs of 49 deliveries. The target was achieved entirely due to the sizzling partenership of Gilchrist and Marsh. . At the end of the innings the run rate was 11.60 which are very difficult in the format. 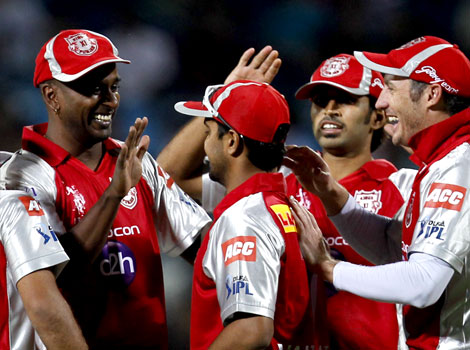 3. Chennai Super Kings.
Chennai Super Kings the most consistent team in the Indian Premier League have almost the best batting line-up in the league, and the toughest team of IPL. Something to do with IPL and CSK would surely have a place in it so here they are; on the third position of “The Highest Totals of IPL” posting 240 on the board in 20 over’s losing 5 wickets against Kings XI Punjab on 19 April 2008 in Mohali. It was the highest total in the IPL till 2010. The total was possible all due to the exemptous innings played by Mike Hussey. He scored 116 of 54 deliveries which was a perfect innings played by Mr. Cricket. All the big hitting got helped them get to 240 and at the end of the innings the run rate was at 12.00 per over. 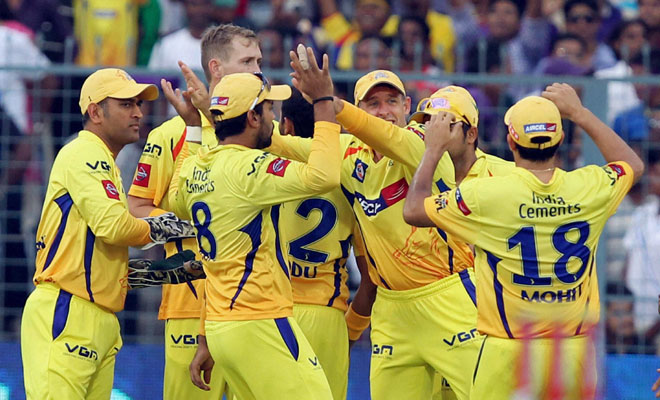 2. Chennai Super Kings
The Chennai franchise make their second appearance just after placing them 3rd in “The Highest Totals of IPL” they also made the 2nd position theirs. They got here after hitting 246 in 20 over’s losing 5 wickets against Rajasthan Royals on 3 April 2010 in Chennai. The scorecard was made wonderful by Murali Vijay’s brilliant batting helped CSK get there, h e scored 127 runs in 56 balls. It was a very important match for CSK as it had to redeem itself through constant failures in the past matches. Albie Morkel also contributed to this by scoring 62 runs of 34 runs. Brilliant game of Cricket was displayed in this match in almost every aspect of the game. At the end of the innings the run rate was 12.30 which is almost unimaginable in the dusty and hard pitches.

1. Royal Challengers Bangalore
Topping the list of “The Highest Totals of IPL” is Royal Challengers Bangalore who has literally changed the phase of T20 game by this match. This match Chris Gayle’s and the world witnessed the Gayle Storm at its mightiest. He was untouchable and every ball that touched his bat reached the boundary and also recorded the fastest 100 in IPL history. The team scored 263 runs in 20 over’s losing 5 wickets against Pune Warriors India on 23 April 2013. Chris Gayle scored 175 runs of just 66 deliveries. The Gayle Storm did certainly devastate whole of PWI bowlers and no bowler had a delivery in the entire 20 overs that could actually stop him. This match was undoubtedly the best entertainment in the history of cricket. The run rate was 13.15 per over. It was a brilliant display of cricket which is still smeared in our minds with that passion afresh.
These are the “The Highest Totals of IPL” we hope this season makes us change it and it would be our pleasure to write a completely new list after this IPL. 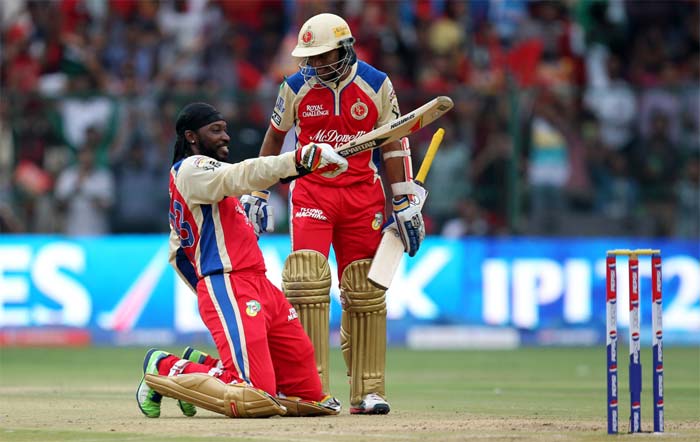