With some new faces in their squad, Melbourne Renegades are expected to get the better of Hobart Hurricanes. 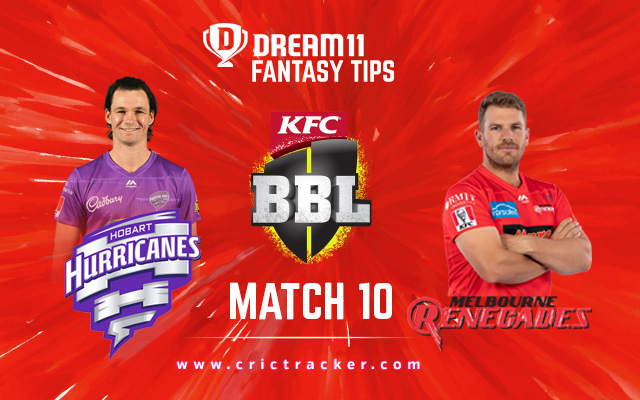 The 10th match of the Big Bash League (BBL) 2020-21 will be played between Hobart Hurricanes and Melbourne Renegades at Bellerive Oval in Hobart.

Hobart then went on the beat Adelaide Strikers, but suffered a defeat against the very same opposition in their third game. Renegades’ joy was short-lived as well, as Sydney Sixers handed them a thrashing in what was their second game. Coming on the back of defeats, both sides will be desperate to get their campaigns back on track.

The weather will be cold at Hobart, with the temperature expected to be around 14 °C. The chances of precipitation are only 10%.

This pitch at Hobart will help the batsmen more than the bowlers. The teams batting first should have a target of at least 175 in mind.

Mohammad Nabi and Noor Ahmed are included in Melbourne Renegades’ team. Benny Howell and Aaron Finch will not be available for this game.

Shaun Marsh has been in good touch with the bat. He has scored 75 runs in the 2 games his team has played in this season’s BBL so far, which includes one half-century.

For the Hurricanes, Colin Ingram has been the pillar of the batting order. He has amassed 126 runs in 3 games, which came at an average of over 40 and a strike rate of over 130.

As for the bowling unit, James Faulkner has been the star performer. He has picked up 7 wickets and has an economy rate of under 7 runs per over.

D’Arcy Short has amassed 74 runs in 3 games, at an average of almost 25 and a strike rate in excess of 135. Though he hasn’t got a wicket yet, Short has been rolling his arm over in this season’s BBL. 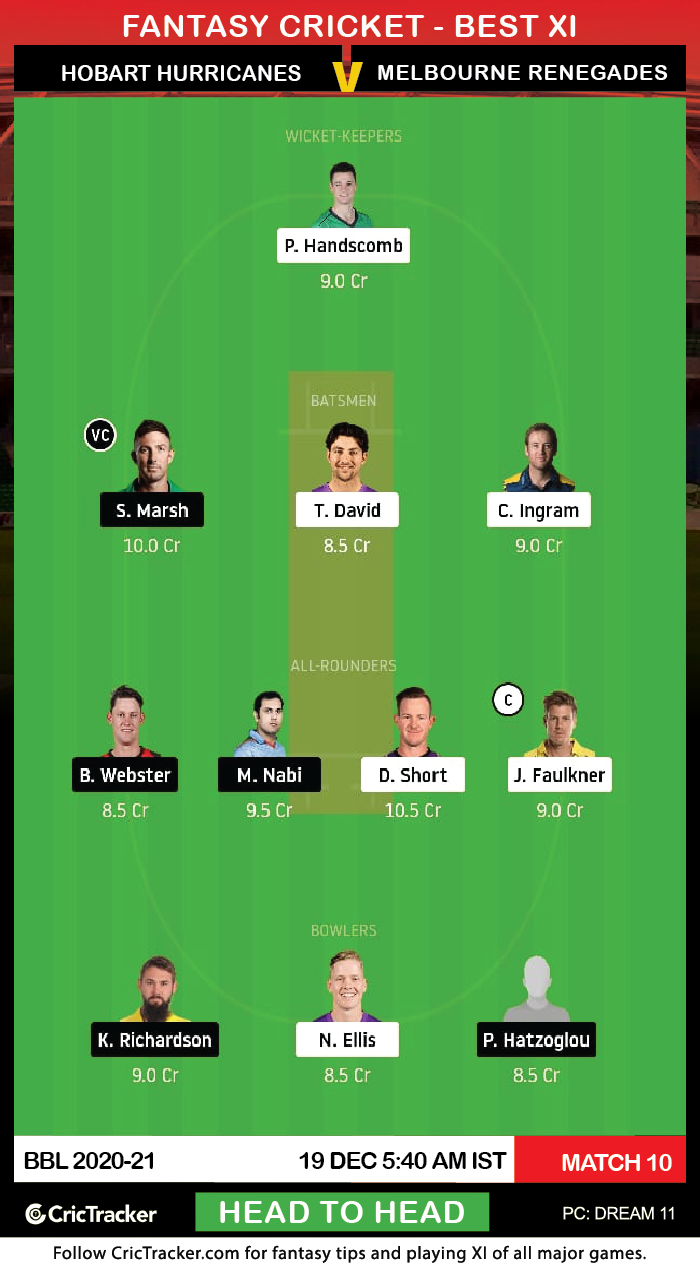 Peter Hatzoglou has picked up 4 wickets in 2 games and has maintained an average of less than 9 runs per over. He can be a great budget pick for your Dream11 Fantasy team.

Melbourne Renegades are expected to win this match.