Jonny Bairstow continued his good run of form from the series against India into this competition. 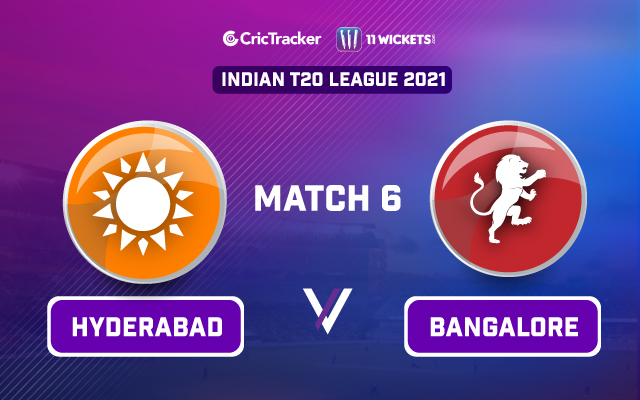 Over the years, Bangalore have got off to good starts on multiple occasions, with no ult. But this time around, the win over Mumbai will surely give them the confidence to do well in the upcoming matches, as without the services of two key players in Devdutt Padikkal and Daniel Sams, they defeated the strongest team of the competition.

They will now aim to make it two wins in two games when they will Hyderabad, here at the MA Chidambaram Stadium in Chennai. Hyderabad lost their last match against Kolkata, but the way they fought back in the run chase was commendable. They are a strong unit as well and the Southern Derby has all the ingredients to be a mouth-watering encounter.

The MA Chidambaram Stadium’s track has played out as a balanced surface in this competition. It has got purchase for both batsmen and bowlers, and toss won’t have as big an impact here as it will in the Wankhede Stadium.

Virat Kohli scored 33 runs in the last game, which helped Bangalore massively in their last game against Mumbai. He will be aiming to have a similar influence here as well.

David Warner might have failed to perform in the last game, but the Aussie dynamo scored 500+ runs in the last edition and can be a good captaincy pick.

AB de Villiers scored 48 runs in the last game. Now that he is coming a bit lower down the order, de Villiers will accelerate from ball 1 and can get you a lot of points.

Jonny Bairstow continued his good run of form from the series against India into this competition, as he scored 55 runs in the last match. 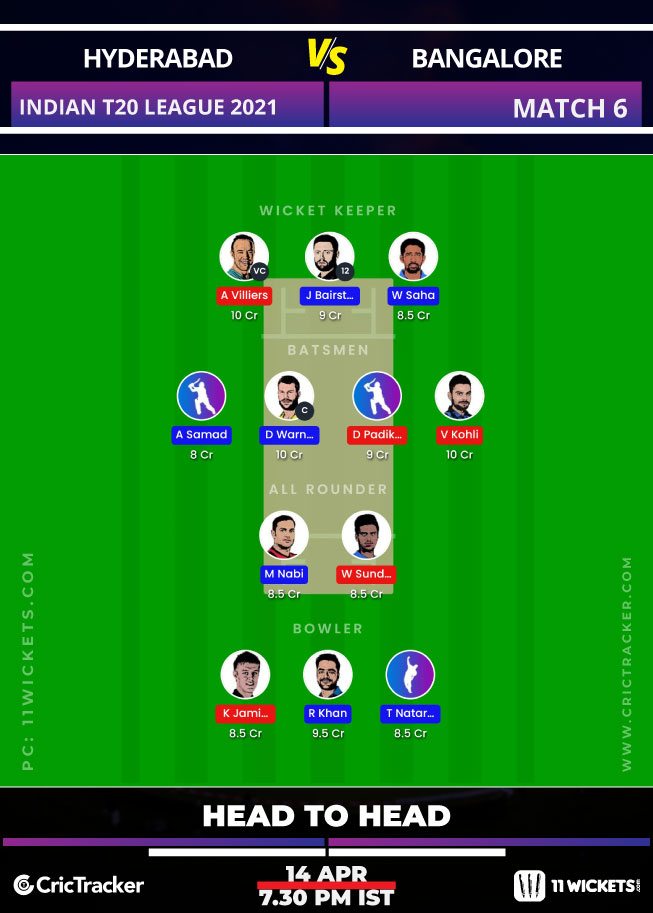 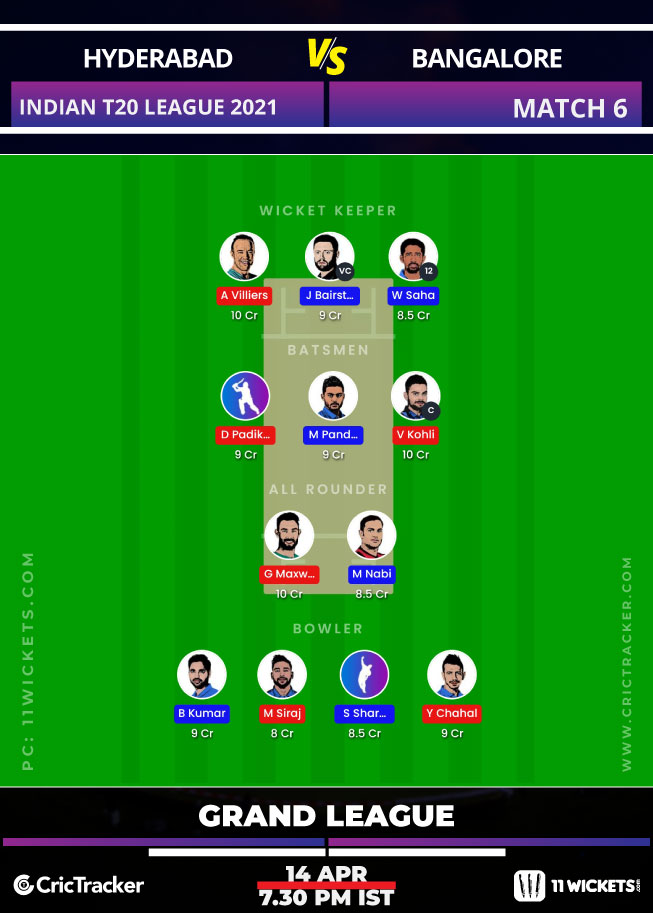