Oman are expected to win this match.

Oman will be up against Namibia in the 1st match of the ICC Men’s CWC League 2 on Friday. Oman have had a tremendous tournament, as they won 13 out of 18 matches they played. Their last battle against Scotland has called off due to bad weather conditions.

Namibia on the other hand, Namibia would have an upper hand, as they have the home advantage compared to Oman. Moreover, they have some quality players who are expected to dominate the opposition in the upcoming match. So, it will be interesting to see how Oman is going to handle well-settled Namibia on Friday.

It’s not the kind of wicket where batsmen can aggregate runs at a brisk pace. The bowlers are expected to have an upper hand in this match. Hence, it’s a tough task for the batters to put up a huge score on this surface.

Aaqib Ilyas was the leading run-getter for Oman in the previous season. He scored 733 runs in 14 matches at an average of 66.63 and had also picked 17 wickets, with the best figures of 4 for 36.

Bilal Khan has impressed with his exceptional bowling skills. He is the second-highest wicket-taker of the tournament with 29 scalps from 17 matches, with the best figures of 4 for 47.

Craig Williams is a must-have player in your fantasy team. He has featured in 8 ODIs for Namibia and scored 267 runs at an average of 44.50, with the highest score of 129*.

Bernard Scholtz will be the other player to be included in your fantasy teams. He has scalped 11 wickets after getting featured in 8 ODIs for Namibia. 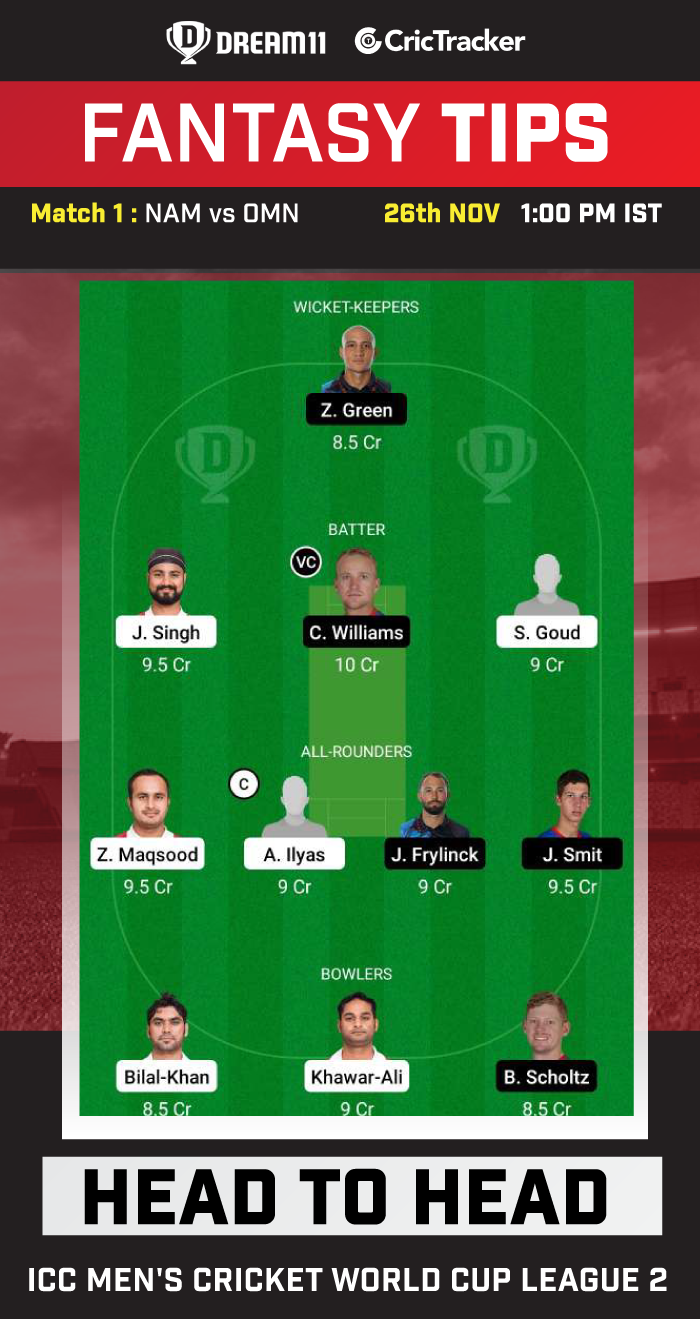 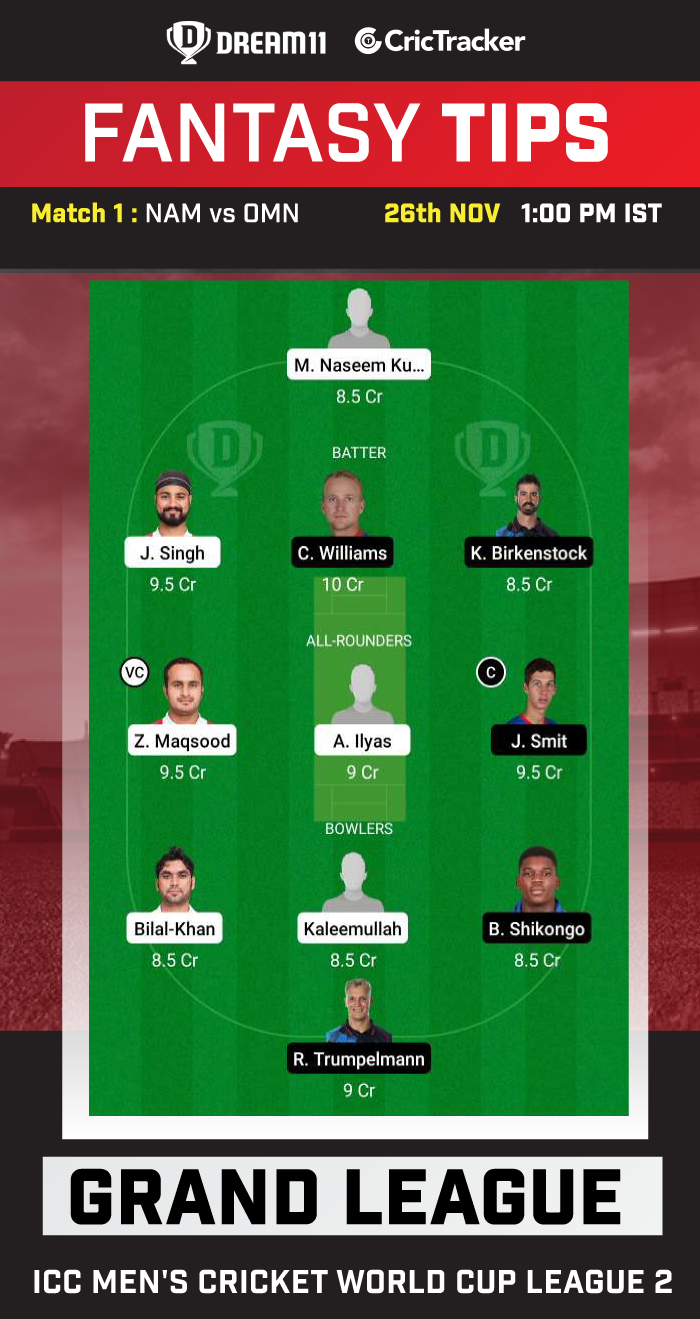 Oman are expected to win this match.