Scotland have a 5-0 win-loss record against Papua New Guinea in the last 5 matches.

Papua New Guinea will be up against Scotland in the ICC Men’s CWC League 2. Papua New Guinea have had a terrible tournament so far, having lost all of their 10 matches. They are currently sitting at the bottom of the table with no points to their name. The standard of cricket needs to be improved at their end and they need to work on that aspect if they want to achieve big on the international circuit.

Scotland, on the other hand, have had a lot of success against Papua New Guinea in their previous meetings. They came out victorious in the last 2 matches against Oman and Papua New Guinea by 18 runs and 6 wickets respectively. They currently hold the third spot in the standings with 13 points.

We can say it’s more of a bowling-friendly wicket and even batters will be getting opportunities to score runs if they play according to the merit of the ball. The team’s chasing has won 4 of the last 5 matches played here. Bowling first is an excellent option.

Papua New Guinea skipper Assad Vala has been the standout performer for Papua New Guinea in this tournament. He has scored 411 runs in 10 matches at an average of 41.1 and has scalped 12 wickets at an economy of 3.82.

Tony Ura is the second-highest run-scorer for Papua New Guinea in this league. He has mustered 203 runs in 10 matches at an average of 20.3, with a sole half-century.

Richie Berrington played an excellent knock in the last game against Oman. He smashed 97 runs from 87 deliveries. He would have been disappointed not to score a century.

Scotland skipper Kyle Coetzer has led by an example throughout this tournament. He has scored the most runs for Scotland in this league, with 410 runs in 9 matches at an average of 45.55.

PNG vs SCO Must Picks for Dream11 Fantasy Cricket: 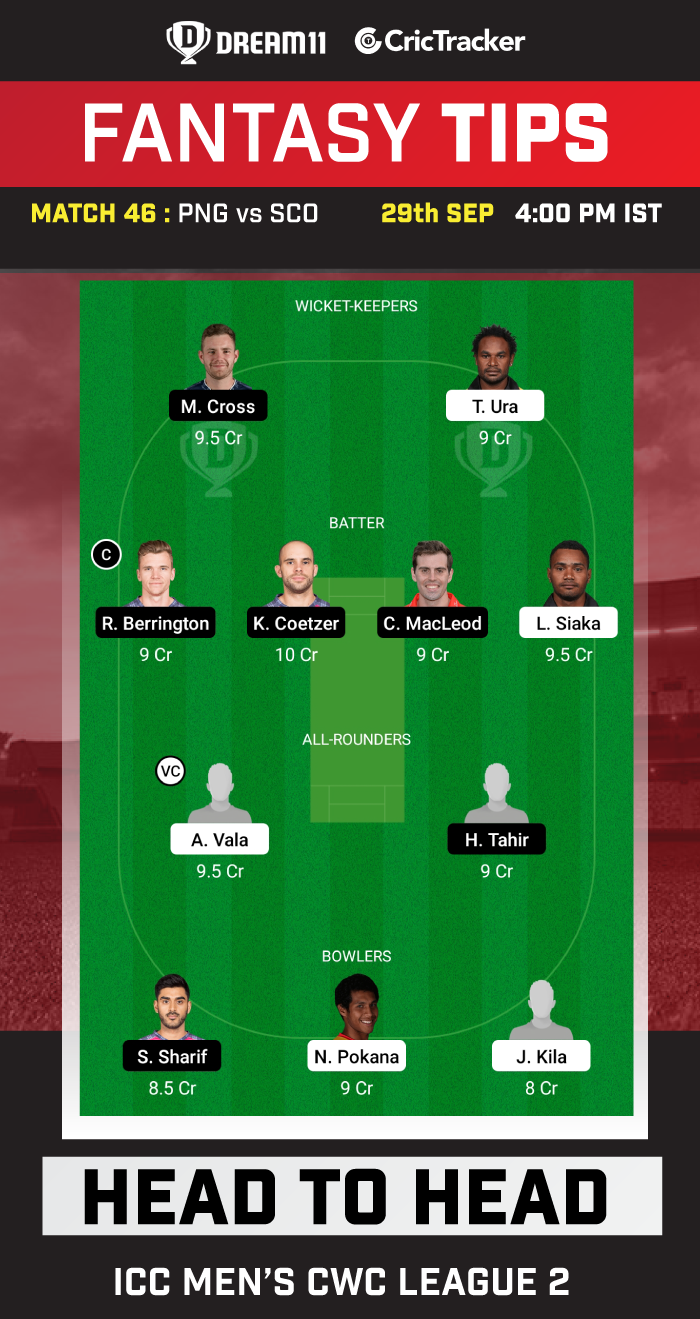 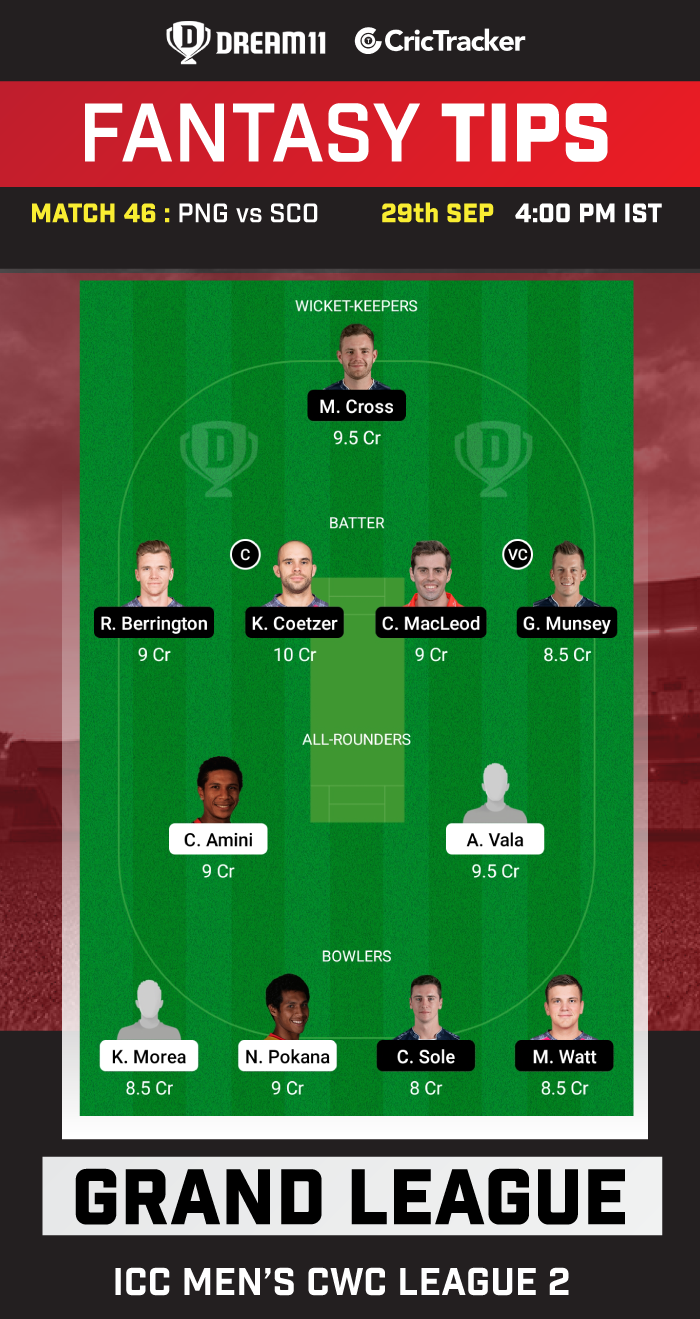 Scotland are expected to win this match.