ICC postpones World Test Championship, to be played from June 18-22 in 2021

ICC postpones World Test Championship, to be played from June 18-22 in 2021

The top spot is occupied by India with 71.7%, having bagged 430 points from the five series that they have played in the WTC cycle of 2019-2021 followed by New Zealand in second place with 70 percentage and 420 points.

The International Cricket Council (ICC) has decided to postpone the final of the inaugural edition of the ICC World Test Championship to June 18-22 at the Lord’s Cricket Ground in England. The final was earlier supposed to be conducted from June 10 to June 14 at the same venue.

But the authorities have now decided to postpone the final keeping in mind that the Board of Control for Cricket in India (BCCI) will be hosting the 14th edition of the Indian Premier League (IPL) in the month of April and May in India.

The postponed date will allow the international teams some time to regroup their players and prepare them for the final of the marquee event following the conclusion of IPL 2021. Also, the two teams appearing in the final of the World Test Championship in England might have to undergo a harsh quarantine of 14 days before the match due to the ongoing coronavirus pandemic.

The race to the final of the inaugural edition of the World Test Championship has gotten intense after England registered a stunning victory in the two-match Test series against Sri Lanka by 2-0. England is sitting at fourth place in the points table with a 68.7 win percentage and 412 points.

India and England will face each other in the four-match Test series in February while Australia will be up against South Africa in the three-match Test series. New Zealand, unfortunately, won’t be playing another series in this WTC cycle. 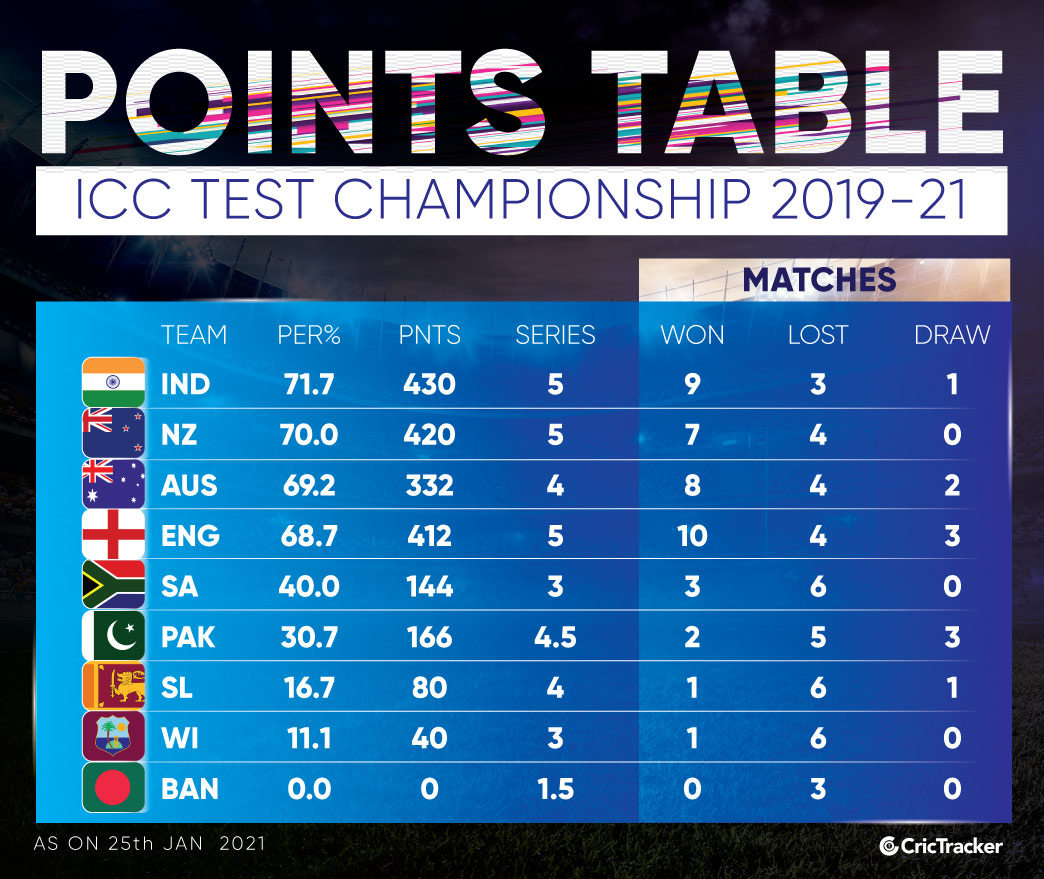