Can Namibia climb further up the table with their third victory on the trot?

Two matches are scheduled for Group A on Friday. Namibia and Kenya will face in one of the matches. Namibia have started to climb the ladder with back-to-back victories and are undoubtedly high on confidence. But the team has a long road to travel and needs to work on their Net Run Rate. Kenya, on the other hand, are placed fourth, after their convincing victory over Singapore.

Another win will take them to the top half of the points table. In the other encounter, Singapore and Papua New Guinea will cross swords. Singapore started with two victories, but has slumped a wee bit after tow defeats in succession. PNG, on the contrary, have been brilliant. The Assad Vala-captained unit rolled over Netherlands in the last game and are currently on top of the points table.

Dubai is all set to host its first games in the championship. 24 out of the 46 T20Is at the venue were won by the chasing teams. The venue hasn’t been an overly high-scoring one over the years with an average score of 144. But the match under the lights can produce fairly high scores.

Assad Vala and Tony Ura have 158 and 144 runs respectively and they are the main reasons why PNG have been dominant. Sese Bau has been a key figure in the middle order. Vala has also been decent with the ball, having picked up five wickets. Norman Vanua, Charles Amini and Nosaina Pokana also have five wickets each to their name. Amini is useful with the willow as well.

Singapore’s top order has been a point of concern. Surendran Chandramohan has 119 runs at an average of 29.75. Tim David got some rhythm back in the last encounter. The remaining batters have chipped in with bits and pieces. In the bowling department, skipper Amjad Mahboob has led from the front with six wickets. Prakash, Vijaykumar and Sidhant have four wickets each.

The prediction is for PNG to win the match. 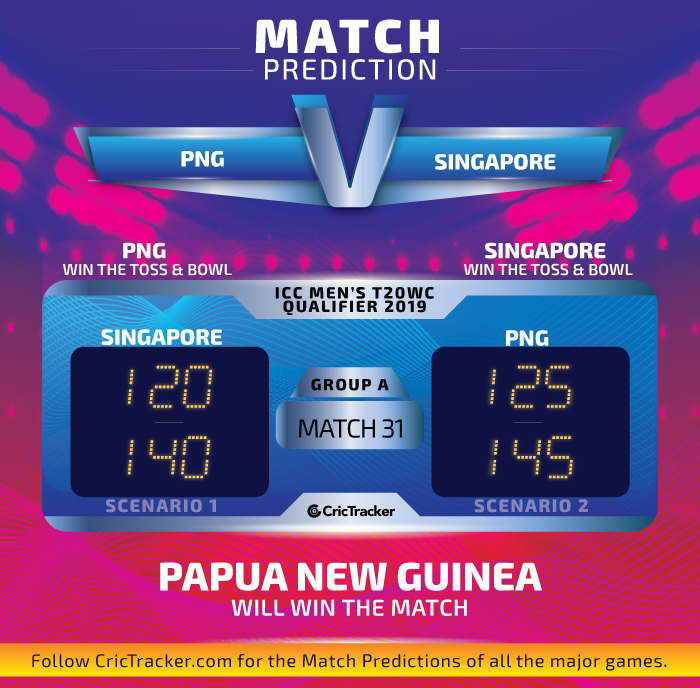 Match 33, Namibia vs Kenya, Group A

Namibia’s batting is steadily gaining in momentum. JJ Smit, Niko Davin, Gerhard Erasmus played well last time around. Stephan Baard and Craig Williams have done their bit as well. The lower can also make contributions on its day. In bowling, Jan Frylinck has been exceptional, having picked up nine wickets. Bernard Scholtz and Chris Viljoen have six wickets each and are in good enough form.

Kenya’s top order has been in fine form. Irfan Karim and Dhiren Gondaria have 139 and 133 runs respectively. Aman Gandhi got a 50 in his first game versus Singapore. Collins Obuya remains to be a key component, having scored 99 runs and picking up eight wickets. Skipper Shem Ngoche has six wickets to his name and he has got good support from Elijah Otieno with five wickets.

The prediction is for Kenya to win the match. 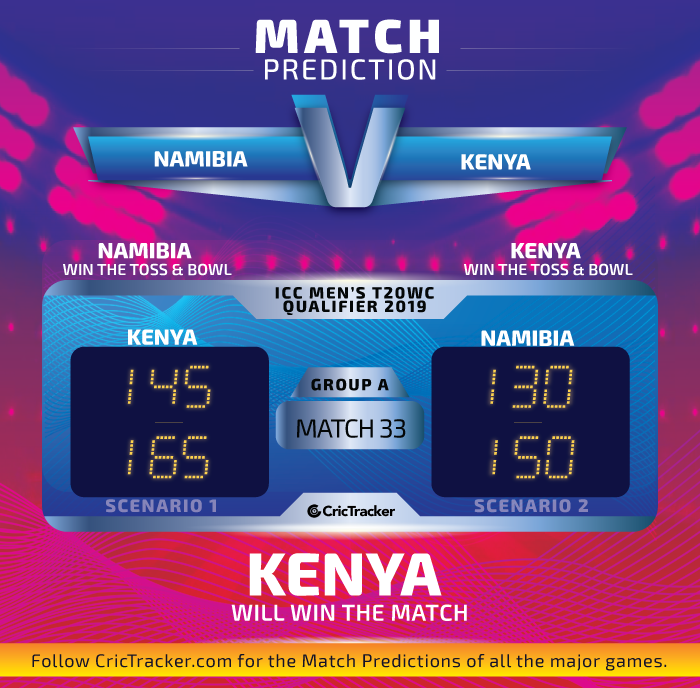