Bryce Parsons scored a hat-trick of fifties during the Quadrangular tournament.

The 10th warm-up match of the ICC Under-19s World Cup 2020 will be played between South Africa Under-19s and Nigeria Under-19s at the LC de Villiers Oval in Pretoria.

South Africa Under-19s continue to underperform before the U19 CWC as they lost the first warm-up match against Sri Lanka Under-19s following a middle-order collapse. The home team were 99/3 in 20 overs chasing 183 before none of the bottom five managed to reach double digits. They finished runners in the Quadrangular tournament where they managed to win only one game. They will take on Nigeria U19s in their second practice match. The Nigeria team lost to Pakistan by a huge 9-wicket margin.

Scattered thunderstorms are expected at the LC de Villiers Oval during the afternoon which is likely to cause interruption.

The LC de Villiers Oval in Pretoria hosted the game between England and Zimbabwe which ended with a result. The Zimbabwe team were rolled over for just 116 while batting first which indicates there was help for the pacers due to the moisture.

Jonathan Bird showed his supremacy with the bat at the U19 level scoring a 76-ball 71 against Sri Lanka that including 9 boundaries. In the same game, Tiaan van Vuuren bagged two wickets from 7 overs conceding only 15 runs and was unfortunately run out for 9. Sylvester Okpe scored 151 runs and picked 11 wickets for the Nigeria U19s coming into this tournament but only bowled 2 overs in total during the warm-up against Pakistan. Olayinka Olaleye will be crucial with the bat for Nigeria who aggregated 381 runs for the Nigeria U19s before the ongoing tour. He had an average of 54.42 with two hundreds and a fifty. 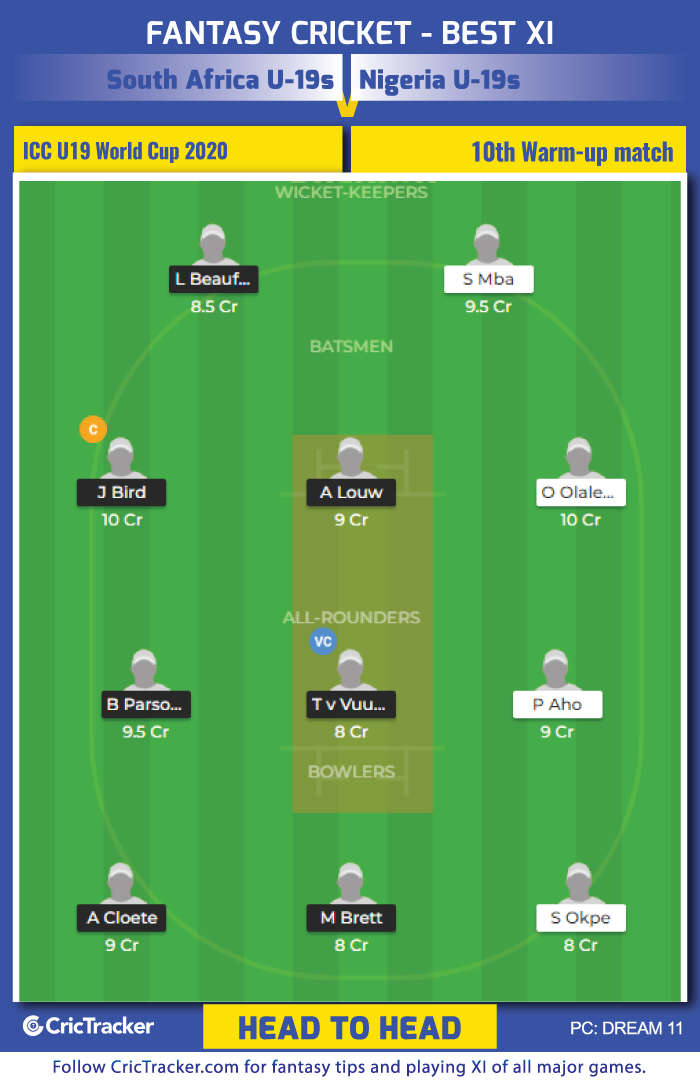 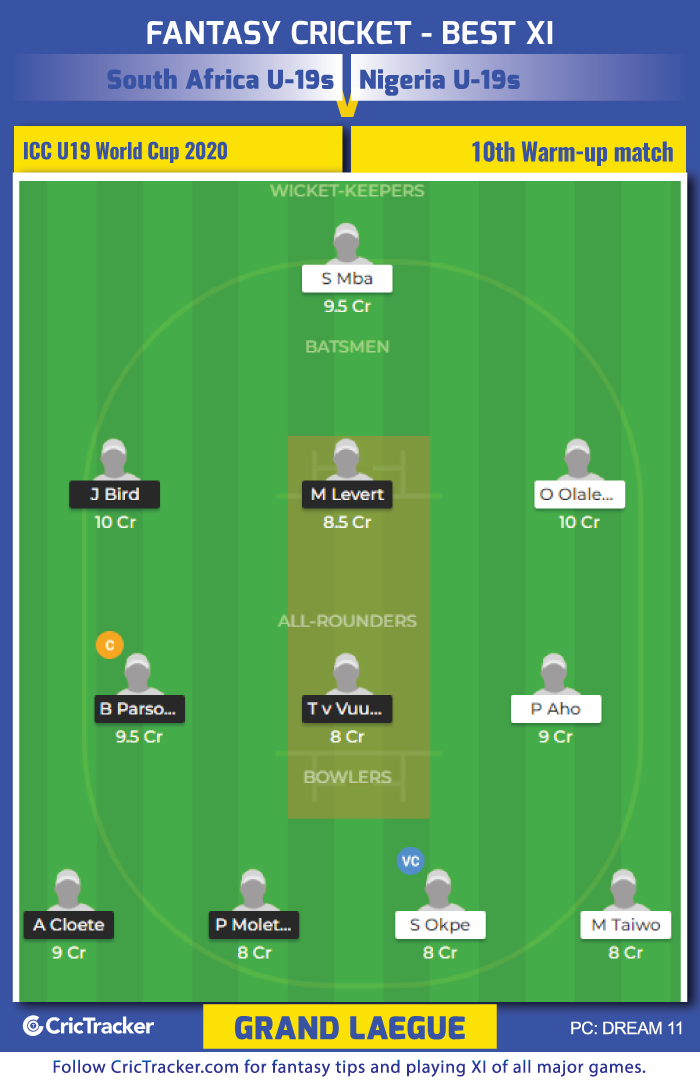 Nigeria had a disaster start losing the first warm-up match against Pakistan by a huge margin. There were no individual performances to cheer about for the Nigerians either. However, there are few players who have experience of representing the national team that is why we picked up five from the Nigeria squad in the Grand League.

Nigeria Under-19s are likely to put on a better performance but South Africa U19s are expected to win.