Olayinka Olaleye aggregated 381 runs across 9 innings for the Nigeria U19s at an average of 54.42.

The 3rd warm-up match of the ICC Under-19s World Cup 2020 will be played between Nigeria Under-19s and Pakistan Under-19s at the Hammanskraal Mandela Oval in Pretoria.

Pakistan Under-19s will warm-up for the World event by facing Nigeria U19s in the first of the two practice matches. The coming event will be the first-ever appearance for the Nigeria Under-19s in Youth One-Day Internationals. Sylvester Okpe will be leading the Nigeria team who was part of the ICC T20 CWC Qualifiers. Pakistan, on the other hand, will be led by Rohail Nazir who has played a lot of matches at U19 level. Pakistan U19s toured South Africa last year for a 7-match series against the hosts which they won by 7-0 margin.

The Hammanskraal Mandela Oval could receive rain on Sunday but a minimum number of overs for a result is likely to be finished before that.

No major matches have been hosted by Hammanskraal Mandela Oval thus far. Hence, it will be tough to predict what sort of pitch can be expected on Sunday. However, going through scorecards of some low profile matches, we can expect scores around 250. 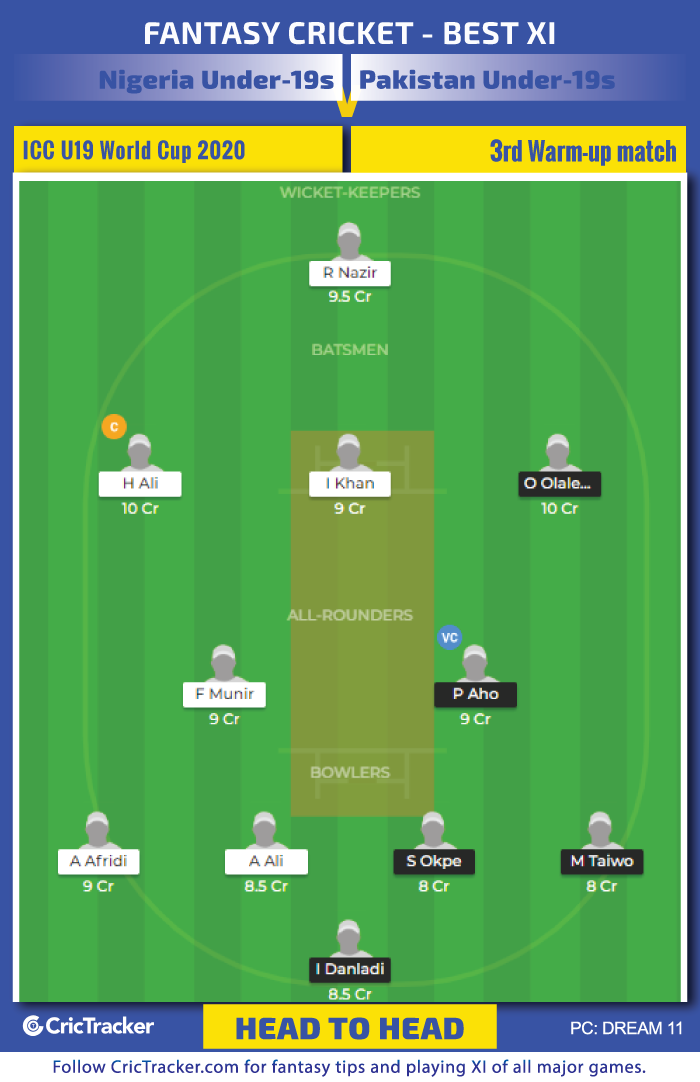 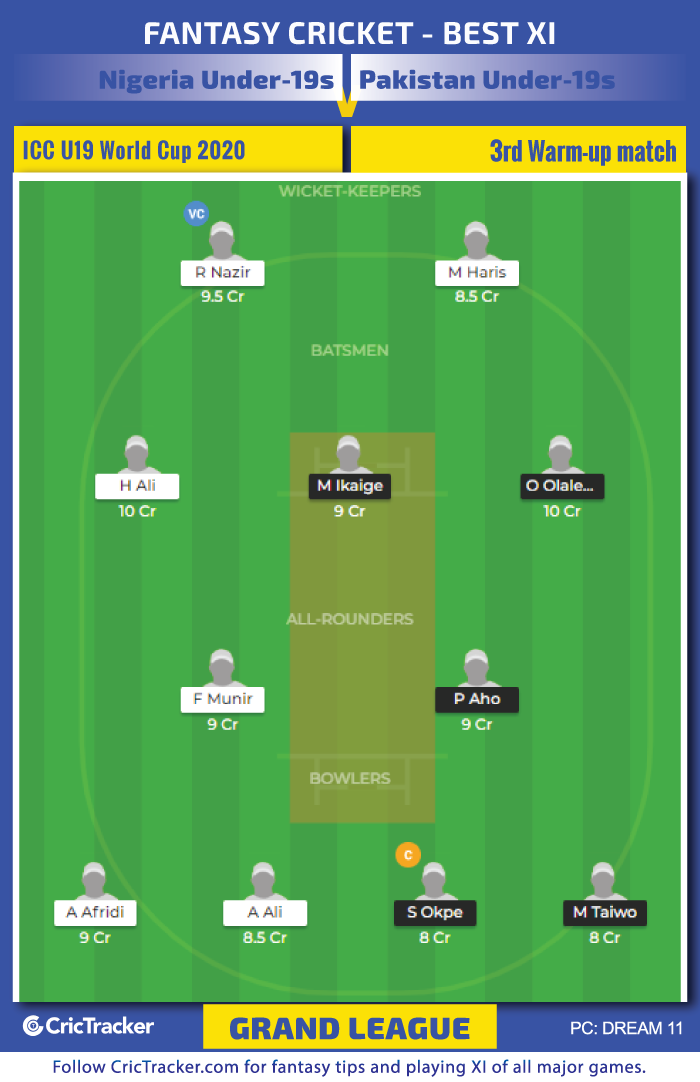 Nigeria’s Sylvester Okpe and Mohameed Taiwo cost only 8 credits and are placed in the bowlers’ category. Both have the experience of representing a senior team in the T20I format and were also part of the T20 CWC Qualifiers. Both are a must from this section as they have the ability to contribute with the bat as well.

Pakistan Under-19s are expected to win this match.